Liam Toland remembers Munster's 23-19 Heineken Cup final win over Biarritz in 2006 very well, but not because of the game itself.

The former Munster and Leinster player was in charge of a touring Lansdowne side around that time that visited South America, and it was there he met Roberto Canessa.

Canessa's story is extraordinary - he was one of the 16 survivors of Uruguayan Air Force Flight 571, which crashed in the Andes while transporting a rugby team, and many of the players' family and friends.

The October 1972 crash and aftermath in the desolate mountain range killed 29 people, but the story of survival, including the resorting to cannibalism for food, is detailed in the 1993 feature film Alive.

Toland told Nathan Murphy on Wednesday Night Rugby about his memories of hearing Canessa speak all those years ago.

"I mentioned the 2006 Munster game, that day is the best day of my rugby life. And I'll explain to you [why].

"We were at Lansdowne, we flew to Buenos Aires. We played a match there and got a boat across the River Plate to Montevideo on the Friday evening. And as any touring rugby club would do, we had a late night.

"We got up on the Saturday morning, which was the day of the Munster-Biarritz game. We got up at whatever time it was on, it was I think eight o'clock local time.

"We were destroyed from about two hours sleep. Then we got a bus across town to a rugby club called Old Christians, which has an Irish connection.

"The President, I forget his name, but he was a red-headed guy and he came out, he could have just walked off the west coast of Ireland this guy!

"I was coach, at half-time I went out to the referee and said 'Listen, unless you stop the eye-gouging I'm going to have to pull the game!' It was old-school rugby.

"After the match we had a huge, classic barbecue, it was amazing. Grilled meat, ah it was fantastic. And at the very end a guy called Roberto Canessa stood up and said 'Hi, how are you doing? My name is Roberto Canessa, I was a 19-year-old medical student, I was on an aeroplane and we crashed into the Andes.' 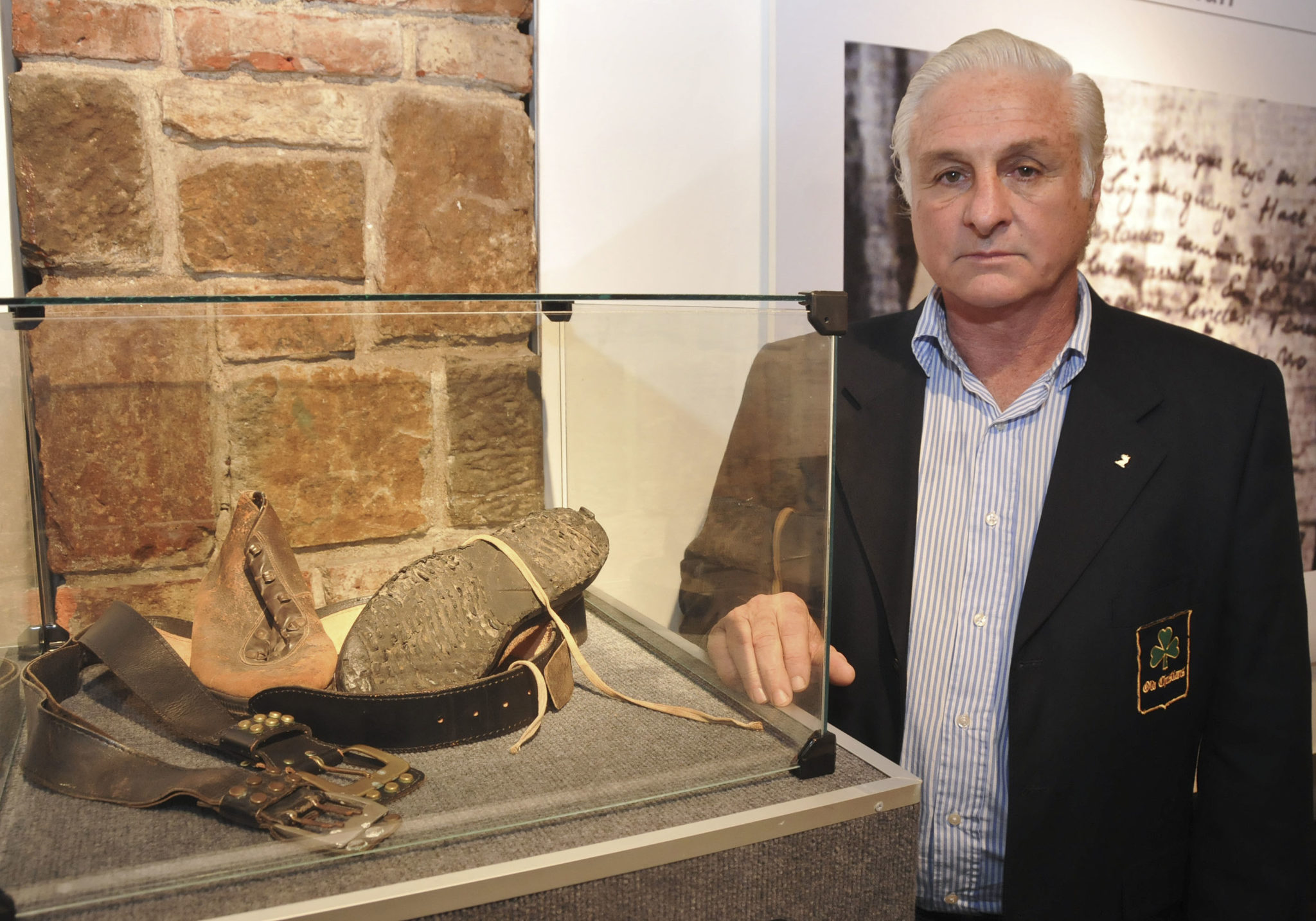 Roberto Canessa, survivor of 'Los Andes' tragedy, during the exhibition about belongings and objects of the survivors at Tajamar de Carrasco, Montevideo, Uruguay, August 22, 2012. On October 13, 1972, fell in Los Andes mountains the plane of the Uruguayan Air Force, where traveled to Chile a group of 45 young Uruguayans to play rugby, August 23, 2012. Photo: Federico Gutierrez/dpa/aa

"He explained that he put pieces of flesh in his pocket that he took from fallen colleagues, he explained how he and two other guys marched off the mountain, not knowing how far either were going.

"One of them turned back because he couldn't keep going, two of them kept going and he was one of the two. Eventually after a couple of days they bumped into some farmer and they rescued the whole thing.

"Rugby has given me that experience... when I'm coaching under-13s, I'm hopeful that these kids will get something like that somewhere along the line.

"Our sport is unique in many ways because of the touring aspect of it. I suppose trying to get back to that world [would be great], and if senior teams succeed well isn't that a bonus?"