"Mayo will have no fear of Dublin" - Liam McHale

Mayo have consistently pushed a formidable Dublin side to the brink, including in recent All-Ireland finals.

Former Mayo footballer McHale was speaking on our Achill Roadshow in association with SuperValu.

"They are chasing immortality really. Obviously nobody's ever said five-in-a-row," he said of Dublin.

"But Mayo are the only team that have challenged them in the last 4-5 years. The 2017 game, with 10 minutes to go, that game was there to be won. 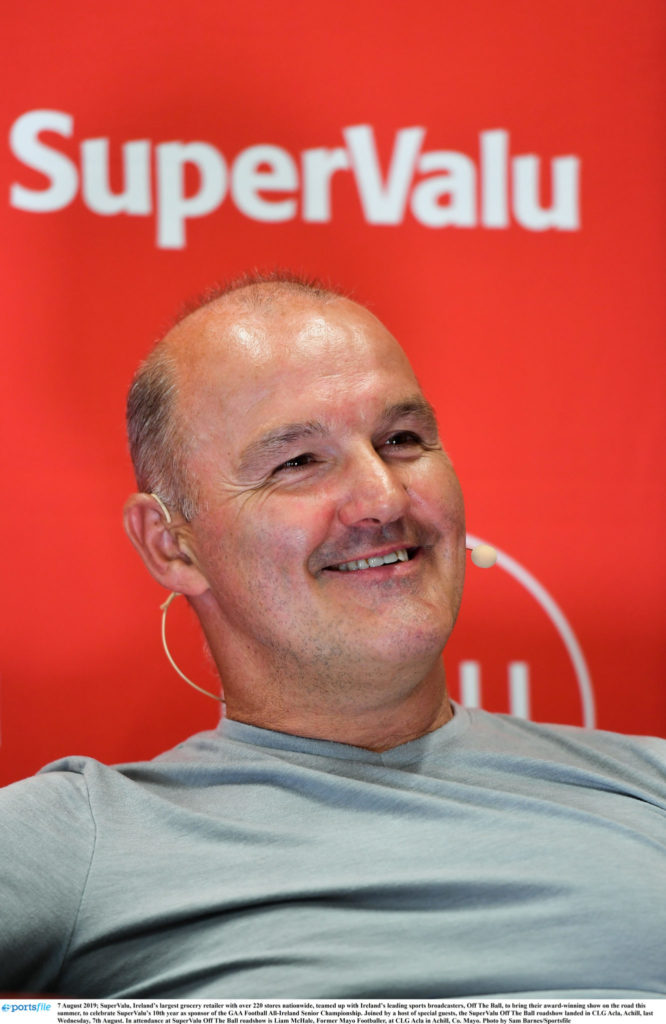 7 August 2019; SuperValu, Irelands largest grocery retailer with over 220 stores nationwide, teamed up with Irelands leading sports broadcasters, Off The Ball, to bring their award-winning show on the road this summer, to celebrate SuperValus 10th year as sponsor of the GAA Football All-Ireland Senior Championship. Joined by a host of special guests, the SuperValu Off The Ball roadshow landed in CLG Acla, Achill, last Wednesday, 7th August. In attendance at SuperValu Off The Ball roadshow is Liam McHale, Former Mayo Footballer, at CLG Acla in Achill, Co. Mayo. Photo by Sam Barnes/Sportsfile

"This Mayo team are a bunch of warriors and they have no fear of Dublin. I would say they really do believe they can win and there aren't too many teams in the country that believe that.

"That's why it's been so easy for Dublin for the most part. Every big game, every final and every semi-final that they've played against Mayo, they've struggled.

"And I think it'll be no different on Saturday. If we're up two or three points, [Mayo] have matured a lot and probably have better forwards [than previously], especially to bring on with the likes of Andy [Moran] and if James Horan can afford to leave Kevin McLoughlin on the bench. But with young Doherty out, it tightens up the rotation.

Galway forward Damien Comer, who has featured against both teams, gave us an insight into what to expect.

"The one thing I found from playing against Dublin is they give you ample opportunities to get scores off," he said.

"It's just they're so efficient in their attack. Last year in the semi-final we left behind us I'd say 1-7 before half-time. We went in two points down and we'd missed a penalty and I think we missed a '45 after."

Conversely, his recollection was Dublin didn't kick a wide in the first half hour of last year's semi.

You can watch the full Achill preview via the YouTube video above.