Boxing promoter Eddie Hearn has said he will do "everything it takes" to agree a deal between Tyson Fury and Anthony Joshua for an undisputed world heavyweight title fight.

Fury beat Deontay Wilder with a seventh-round stoppage on Saturday night in Las Vegas to secure the WBC title, while Joshua regained his WBA 'super', IBF and WBO straps in a rematch win over Andy Ruiz Jr back in December.

There has been discussion around a potential third fight between Fury and Wilder since the weekend, however Hearn told Sky Sports News today that the Joshua fight is one that they want to deliver.

"Everyone wants this fight. I promise you it will happen."

The Matchroom Boxing head said he spoke to Joshua on Sunday about the possibility of the Fury fight, and added it was the bout everyone wanted to see.

"He's promoted by Bob Arum predominantly. Frank Warren is also involved, MTK are his management company. I've spoke to Top Rank and I've spoke to MTK straight after the fight.

No need for a third let’s go straight to it in the Summer! #undisputed

"Everybody is very clear on this. Everybody wants this fight - Anthony Joshua, Tyson Fury, MTK, Top Rank, Frank Warren, Matchroom.

"There are some hurdles to overcome on the broadcasting, but nothing too much."

Hearn added that they will do everything they can to make Fury v Joshua happen as quickly as possible.

"I promise you this fight will happen. If we have to fight (Kubrat) Pulev, we've got to beat Pulev, and if he has to fight Wilder, he's got to beat Wilder again.

"Both of those things will happen. Fury will beat Wilder again and Wilder will knock Pulev clean out, despite Bob Arum telling us very differently.

"You will get this fight. We will do everything that it takes to make this fight." 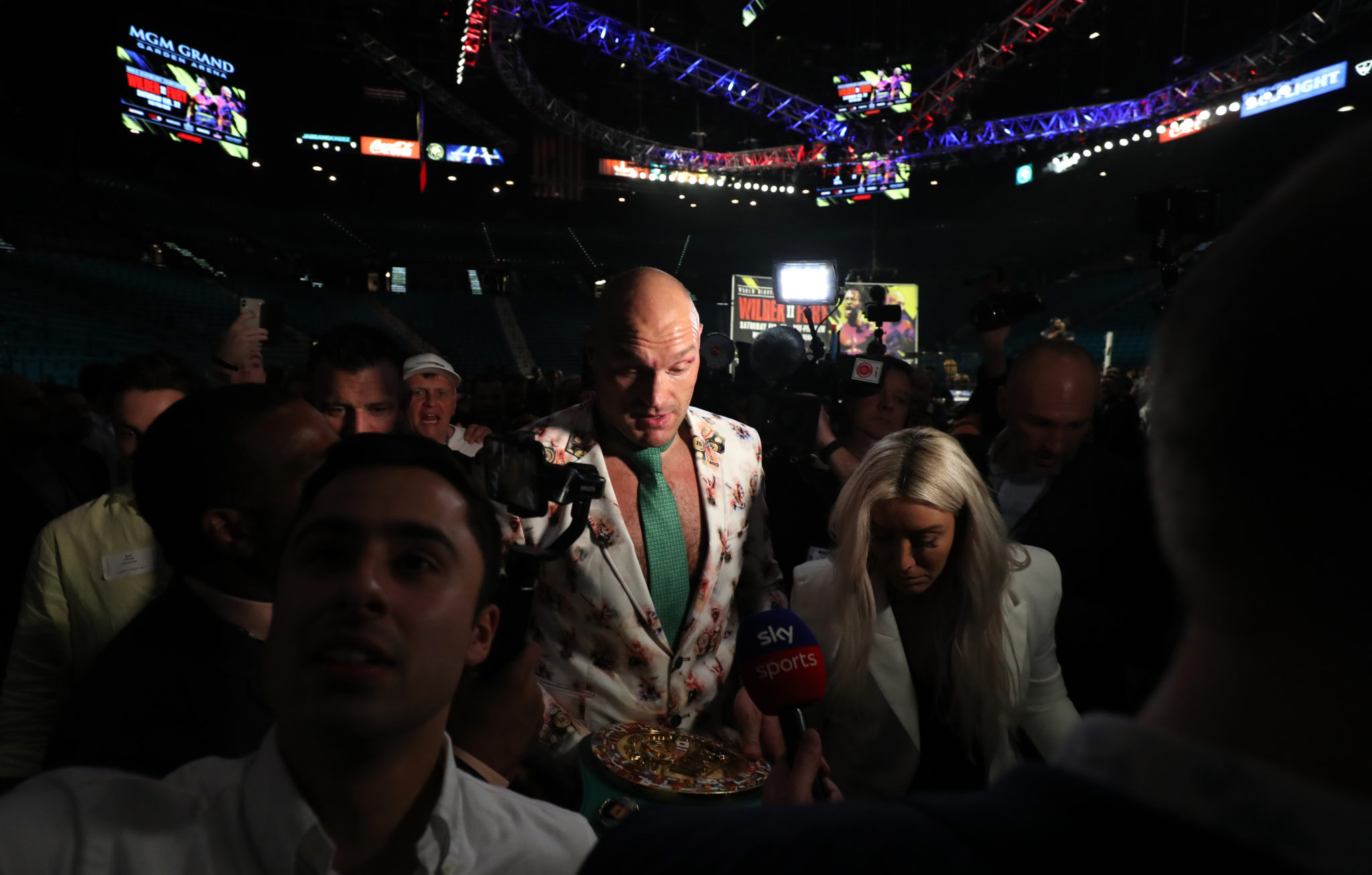 Tyson Fury after the post-fight press conference at the MGM Grand, Las Vegas.

Speaking exclusively on OTB AM this morning, Andy Lee, himself a former world champion and now coach in Fury's camp, said he expects the Joshua fight to happen.

"It's a huge fight and I don't see there being any fear from Tyson, or an unwillingness to fight him.

"These things are so complicated as there is so much money involved, how it is split and where it goes to - these fights can be very hard to make. If there is a willingness from both boxers for a fight to happen, then usually they do.

"All the talk and all of this tweeting - if they really want it, then they will have to offer it and Tyson will consider it.

"Tyson said he has three more fights in his contract and he wants Wilder again after this one, maybe somebody else and then Joshua. He has always stuck to his word.

"There are obviously two best heavyweights in the world - the next best challenger - Anthony Joshua - should be stepping up to fight him."