Laois had made steady progress in the 2019 Joe McDonagh Cup. But few would have bet on them beating Dublin in their All-Ireland preliminary clash.

The Dubs had come out of the Leinster Hurling round-robin stage at the expense of Galway. So many would have tipped Mattie Kenny's side to overcome Laois and then face Tipperary in the quarter-finals.

As manager Eddie Brennan basks in the glow of progression, he joined us to offer an insight into the seeds of victory.

The former Kilkenny hurler's phone has been hopping all day with well-wishers getting in touch.

"There are loads of people from at home in the club, family and friends. Even someone like Shane Lowry took time to give me a text and say, 'Well done'. So it's been very, very far-reaching really," Brennan told us.

"But most of all for me, it's seeing the kick the players have got out of it yesterday evening. For guys who were maybe unsure about things and where they sit in the hurling world, to see them go out and perform like they did yesterday is evidence of the message we're trying to instil that they're able to mix it with anyone when they set their mind to it. We enjoyed yesterday and the couple of hours away together."

It's a fillip for Laois hurling after decades in the proverbial doldrums.  For Brennan, it was about bringing back an element of pride into the jersey. 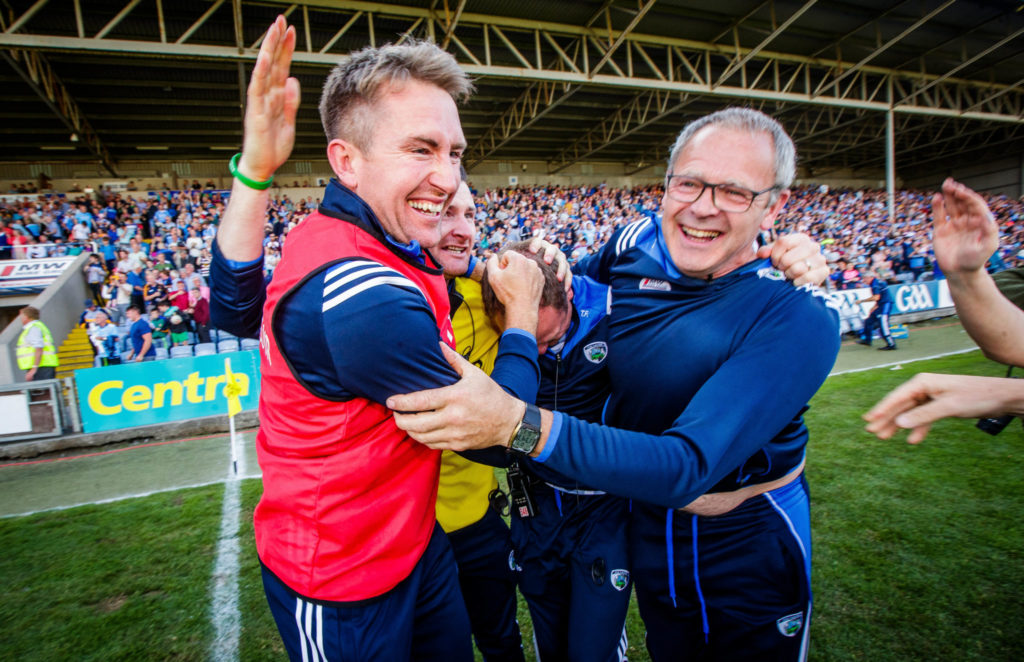 "We said it wasn't going to be an easy road because maybe the jersey wasn't looked at with enough respect - maybe even within the county - and I think they've definitely shown everybody that they're very, very proud Laois men," he said.

"And they went out and performed really well. But in the context of that, you just go, 'Wow, it's up there with some history'. You can see the emotion and what it means to family and friends of their friends and their club-mates."

Laois don't have much time to reflect on victory with the quarter-final against Tipp next Sunday. That's off the back of the Dublin match which came a week after the Joe McDonagh final. That fixture congestion is something Brennan addressed head-on.

"I would have a strong opinion on the merits of this match. I think the rationale behind it beggars belief really. And it was very easy for me to say that if we had got beaten yesterday," he said.

"But I stick strong with that opinion. We've bucked a trend that was probably seen as virtually impossible up to it happening."

He also praised Westmeath's attitude in coming off the back of a defeat to Laois in the Joe McDonagh final to playing Cork in their own preliminary game.

"I don't know what competition across any sporting organisation where you have your final showpiece of the year and then you turn around and pit the winners and losers back into another match against much stronger opposition," said Brennan.

"I'd love to know what the thinking was behind whoever it was that sat down and thought this would be a good idea. Because you're saying on one hand, 'We want to promote you and we want to give ye a platform and recognition'. And the Joe McDonagh does that. But to turn around and say that, it's almost like a little slap down in case you're getting ideas about yourself."

Bríd Stack confirms her AFLW season is over