'Would have to be plenty of money!' | Kellie Harrington in no rush to turn pro

Kellie Harrington says she is unlikely to turn professional, unless she gets an offer of a lucrative contract for money that would make the jump worthwhile.

The Dubliner, who won world championship gold two years ago, spoke on OTB AM about how she is quite happy to ignore the lure of the pro ranks, especially considering the added risks.

"Professional boxing is a business, and I haven't a business head on me. I'd go professional if I'm getting a good contract, like a two- to three-year contract, with so many fights [on the] deal, and plenty of money.

"It would have to be plenty of money. I've given enough time into this sport, I've been 15 years boxing and I'm not going to put smaller gloves on and no headguard and get punched in the head for buttons.

"But, like I said, if someone comes along and says 'Here's a lovely two- to three-year contract, so many fights, this much money' and it looks tasty to me, I'll be like 'Thank you very much!'

"So, yeah we'll see. Who knows, I might never get an offer, I might get an offer. We'll wait and see. The way women's professional boxing is going now there might be an opportunity of that happening. If it does that would be great. 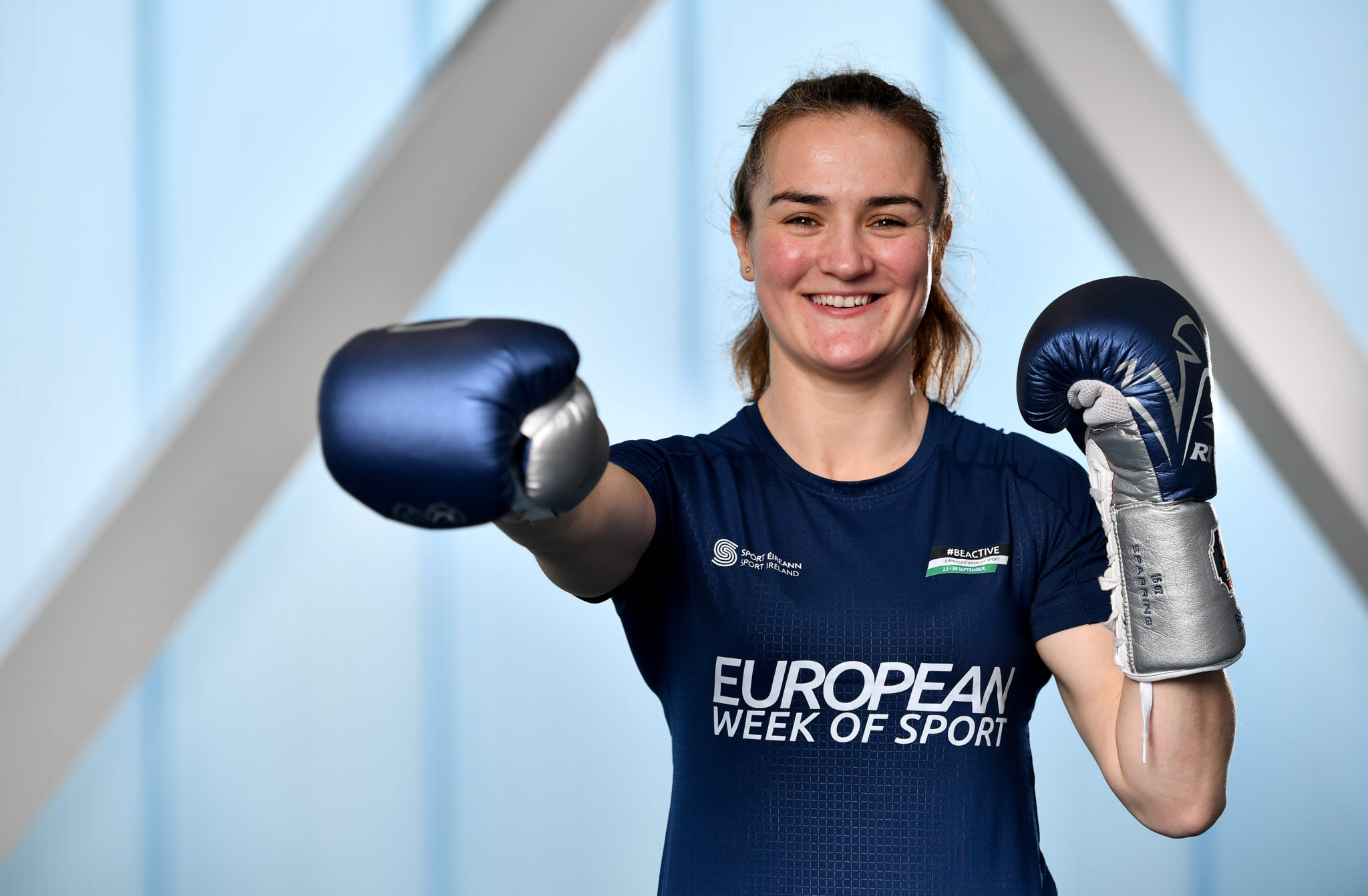 24 August 2020; Ambassador and boxer Kellie Harrington in attendance the launch of European Week of Sport 2020, in partnership with Sport Ireland. European Week of Sport is a week long celebration of sport which promotes physical activity in people of all ages, background, or fitness levels. Sport Ireland are calling on you and your family to get out and #BeActive between the 23rd - 30th of September and who knows, this may be the start of a new found love for sport. Visit www.sportireland.ie/europeanweekofsport for more information. Photo by Sam Barnes/Sportsfile

"Unless I get well-paid, I won't take it. And that's with or without an Olympic medal."

The Tokyo Games have been re-scheduled to next year, having been postponed due to the pandemic this summer. Harrington told us she's not putting all her focus on the Games going ahead in 2021 as planned.

"I'm just going with the flow, whatever happens, happens. At the end of the day, I have my little cleaning job in St Vincent's in Fairview, if the shit hits the fan, I'm happy enough working there.

"I could imagine I'd probably get a job with the council maybe or with the boxing association, but you never know. Either way, whatever I do I do, and I'll be content with it."

Sport Ireland are calling on you and your family to get out and #BeActive between the 23rd - 30th of September and who knows, this may be the start of a new found love for sport. See www.sportireland.ie/europeanweekofsport for more information.