Caoimhín Kelleher says he's determined to establish himself as the Republic of Ireland's first-c...

Caoimhín Kelleher says he's determined to establish himself as the Republic of Ireland's first-choice goalkeeper.

The Cork-native will start his first senior international game when he keeps goal in tonight's friendly against Qatar at the Aviva Stadium.

Kelleher has watched Gavin Bazunu start in the World Cup qualifiers, having. been Stephen Kenny's 'keeper at under-21 level.

“There’s no point being somewhere and not thinking you could be number one," the Liverpool youngster said. "You have to have that mentality and I want to push on and be number one. And hopefully if I get a chance I’ll take it.

"I’m just focused on when I do get games for Liverpool that I can put in a good performance and show that I am capable of playing at that level. I’m just trying to keep pushing on hopefully one day I’ll get that chance." 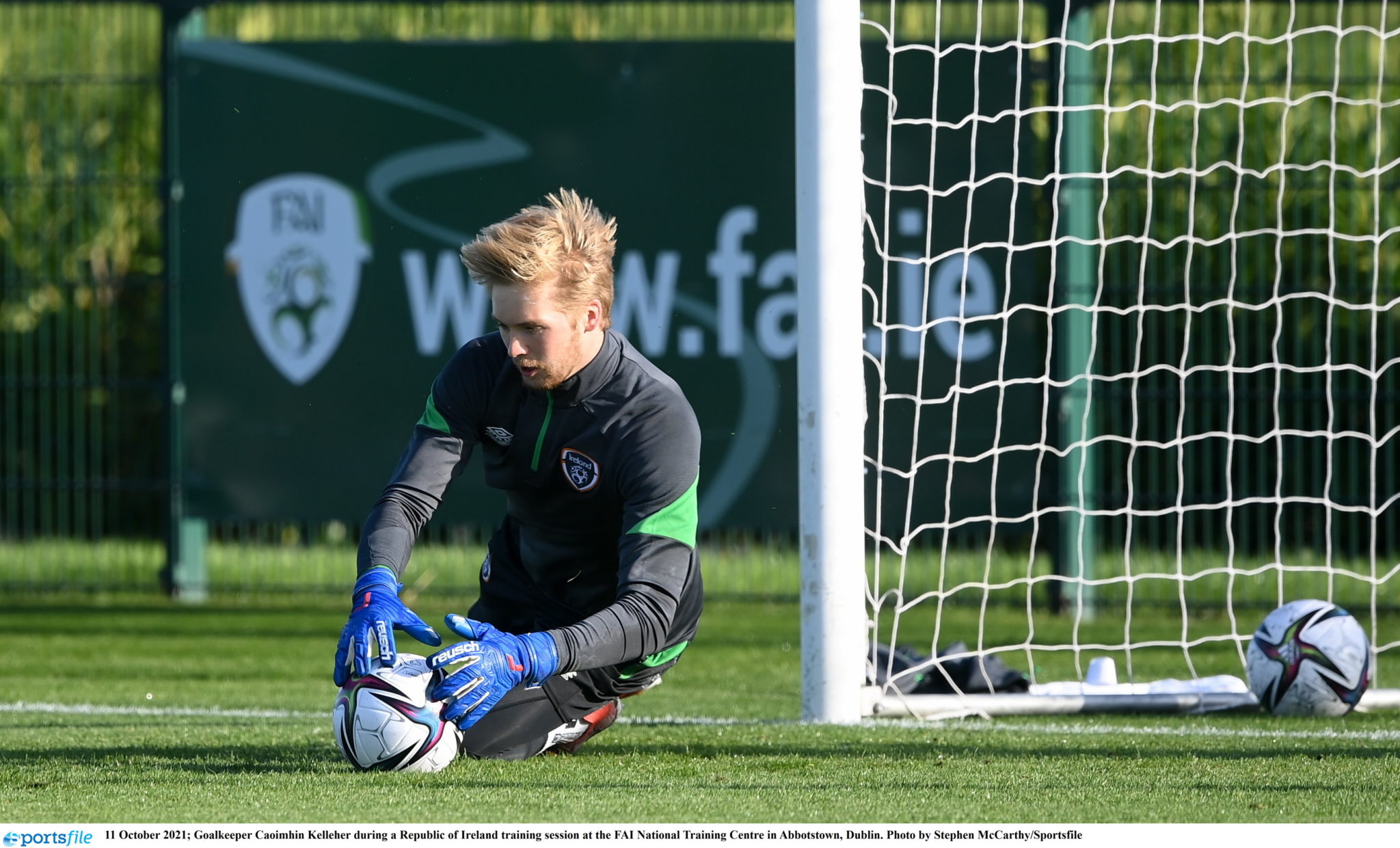 Learning from the best

Bazunu has benefited from spending the last two seasons on loan at Rochdale and Portsmouth but Kelleher says he's been happy to learn as Allisson's deputy at Liverpool.

“Some of the best players in the world are training, so it can only improve you as a player by training at that level. It has helped me a lot and I just look forward to training every day and trying to improve.

"It’s quite a high level, so for me I just want to go in every day and try to learn from that and try to better myself.

“It’s great to be in and around that and learn from. It means a lot to me and I’m so happy to be going in every day and learning from players with such a high quality.”