At the end of this week, Katie Taylor faces the biggest fight of her pro career so far.

Taylor joined us on Off The Ball to look ahead to what promises to be a defining fight.

She believes Persoon underestimates her ability to fight on the inside.

"Even in the amateur days, people don't realise how strong I am," she said.

"People feel like they can bully me in the ring as well. And that's what this girl Delfine Persoon thinks she's going to do to me as well. I heard her talking a small bit about the fight and I think she feels she can bully me on June 1st.

"But people don't realise how strong I am and how comfortable I am close-up. People do get a shock when they're actually in there." 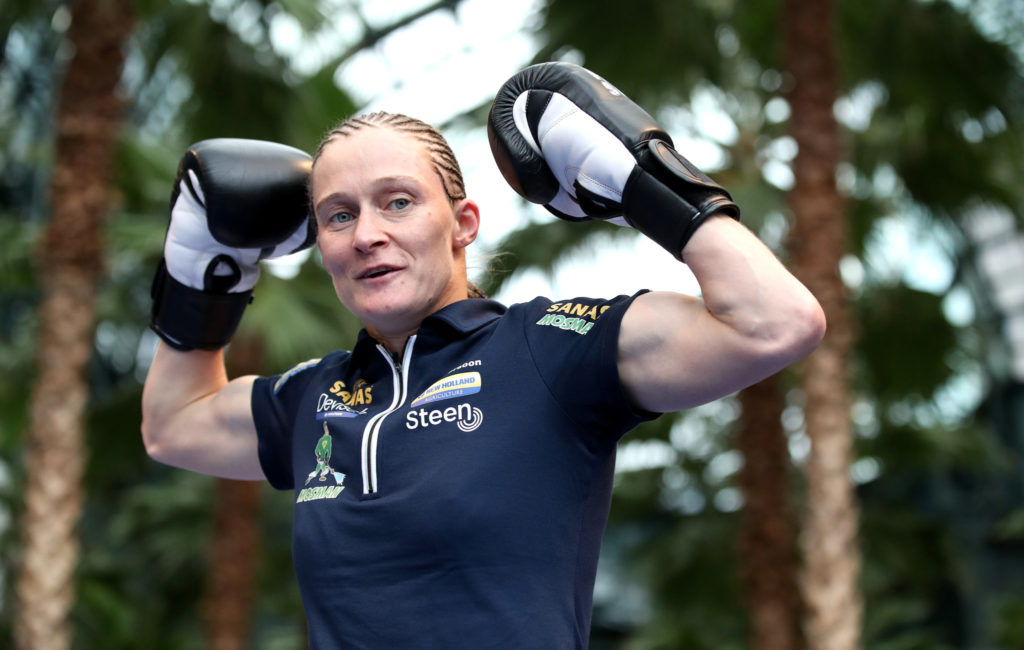 Delfine Persoon during the public work-out at the Brookfield Place, New York.

Taylor also shared her view on the debate of potentially extending rounds from two to three minutes.

"I think in the two minute round, the fights are very exciting and the rounds are very, very fast," she said.

"But it does make for different and exciting fights I think. I'm not sure if there's enough strength in depth in women's boxing.

You can listen to the full interview with Katie Taylor on the podcast player.

Mike Tyson says rematch with Evander Holyfield would be "awesome"

"Why walk away when I'm still only young?" | Tyson Fury plans to dominate