The Telegraph is reporting that the rematch for the IBF, WBA and WBO world titles will be held in the Middle East on December 7.

An announcement could be made as early as today as Joshua looks to avenge his shock defeat to Ruiz Jr.

Joshua was dropped four times before he was stopped in the seventh round on his US debut in New York on June 1.

Ruiz had only taken the fight on five and a half weeks' notice, after Joshua's original opponent Jarrell Miller had tested positive for three banned substances in the build-up to the fight. 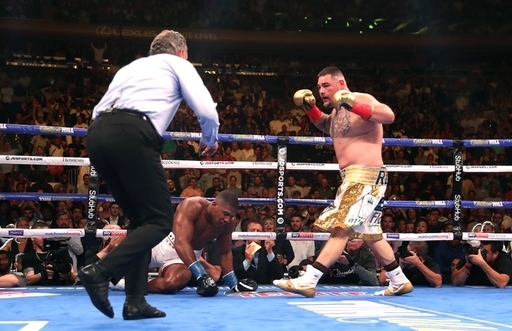 Joshua told Sky Sports earlier this week that: "I feel strong enough and I feel I can correct my wrongs."

Ruiz, the only man to beat Joshua in the professional ranks, believes he will win once again and that he will be even more prepared for the rematch.