Fairytale of New York! Rickie Fowler the 18/1 tip to win the US PGA Championship

The 101st US PGA Championship tees off at the fearsome Bethpage Black course in New York today and it will be a true test for the field.

Moving the tournament from August in the calendar to become the second golf major of the year in May means the elite events are coming thick and fast and there are some great story lines in the offing.

Tiger Woods is appearing on course for the first time since his magical Masters win last month and having returned to the big time, the 43 year old is bidding to land his 16th major crown.  He won the US Open at Bethpage in 2002 when he was the only man to finish under par.

Rory McIlroy's 2019 season on the US Tour has generated 8 top 10 finishes, including a win at The Players Championship.  The Masters was a disappointment, but the long, soft Bethpage is right up the Ulsterman's alley as it suits his powerful, straight driving.  McIlroy has also won the US PGA Championship twice, so he knows what's required.

Of the other Irish players in the field, Padraig Harrington may perform well at a track where he holds a share of the course record, but age, a wrist injury and Ryder Cup commitments in the mind could hinder his ability to contend.

Graeme McDowell won in the Dominican Republic this year, but he may not drive it far enough to win here.

Shane Lowry nearly won a US Open at Oakmont, so if it's 'a going week', he could be thereabouts.  He'll need to demonstrate the form which saw him win in Abu Dhabi and nearly go all the way at Hilton Head.  In other words, his driver will need to behave.

Defending champion Brooks Koepka and fellow American Dustin Johnson are obvious favourites to lift the Wanamaker Trophy on Sunday.  Both athletes hit the ball supremely well from tee to green and they also chased down Woods at Augusta.

However, I have decided to spend a virtual €50 on the following 4 players.  To quote the Jamiroquai song, it will be 'virtual insanity' if any of them win!

I am advocating taking 10 places each way with the bookmakers that are offering it at 1/5 the odds.  The prices below are reflective of that.

To me it's always been a case of when, not if the talented Californian can bag a maiden major.  Fowler holds 10 top 10 finishes in majors, is coming off good finishes at Quail Hollow and Augusta, nearly won the PGA in 2014 and was the 54 hole leader when The Barclays tournament was staged at Bethpage Black in 2016.  He showed amazing nerve to win The Players Championship in 2015 and is a strong putter.  Go Rickie! 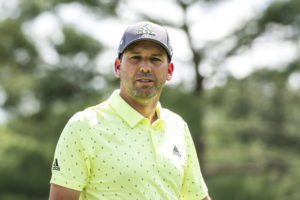 The Spaniard has the major monkey off his back after his win at the 2017 Masters.  He is playing very well as a 2nd in New Orleans and a tied 4th at the Wells Fargo Championship would point to.  His strength is his ball striking.  His Bethpage form is excellent - 3 appearances - 3 results in the top 10.

Piercy was second at the Byron Nelson Championship last week, making no bogeys whatsoever.  He is a big hitter and has played well at traditional courses such as Oakmont and Oak Hill before.  His performance last week was his third top 15 in as many events, so his form is red hot.  He's a 4 time winner on the US Tour.

Pieters starred on his Ryder Cup debut in 2016 before almost producing a Sunday surge at the Masters the following spring.  His form has gone off the boil in recent times, but he did post a tied 6th finish in last year's US PGA and was in the top 25 in Texas last week.  He is monstrous off the tee and if he rediscovers some of his natural talent, he may surprise a few people.

If you are having a flutter, please gamble responsibly and enjoy the US PGA!