Former Ireland Head Coach Joe Schmidt says he has had time to reflect on the World Cup exit since...

Former Ireland Head Coach Joe Schmidt says he has had time to reflect on the World Cup exit since his departure from the job, and added he feels "refreshed" in lockdown.

He joined Alan Quinlan, Eoin Sheahan, and Adrian Barry on OTB AM this morning - reflecting on his favourite AVIVA Stadium memories, time in France observing Clermont training at the start of the year, and passing the baton to Andy Farrell.

Schmidt says his greatest sense of disappointment in the World Cup exit to the All Blacks last year came because of the nature of the win over the same opposition at the AVIVA Stadium in November 2018.

"From the time we finished and as disappointed as I was... I look back on the game and if you compare the game in November 2018 in the first four minutes they had 90 seconds on our five-metre line and couldn't score.

"But after four minutes [at the World Cup], instead of CJ Stander winning a turnover, Garry Ringrose and Robbie Henshaw collided and we lost Garry and he had to get 17 stitches.

"We became a bit dishevelled. At six minutes 20 [seconds] Jacob Stockdale takes a great kick-off receive from Johnny [Sexton] and we actually create great space but we don't quite throw the pass and they end up on the attack and that builds to a try.

"It just seemed when you contrast with November 2018 we just had no flow in that first-half."

Schmidt added that his desire to fix on-pitch problems in his head hasn't left in his time away from the game.

"You just think 'We can solve that'. That's part of what drives you, not just as a coach but as a human being. You see something and you think 'Okay, I've got a solution for that and I'd love to implement that.'

"But I had a couple of hours on the phone with Andy Farrell last week, and he will do a great job. At some stage you have to step away and if you do go back in at some stage it's got to be disassociated with your previous role.

"At the moment I keep going back and re-living a bit of a nightmare. You [need] to be ready to go forward, and luckily enough I've gone forward with my family and it's been busy. 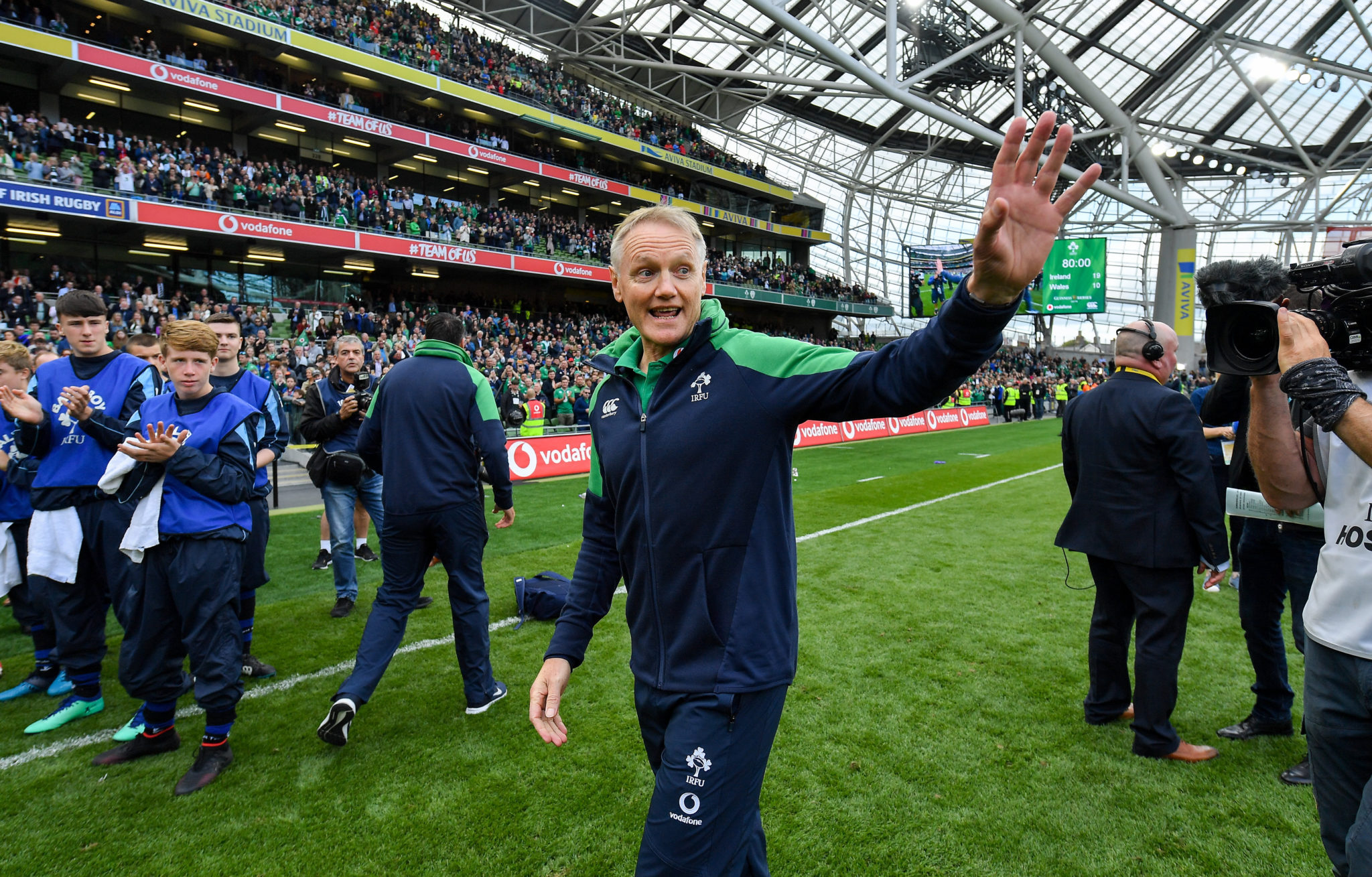 "We've had a really good time together, the weather has helped. It's not dominating my consciousness, but subconsciously it eats away a little bit for sure.

"I feel massively refreshed. I had been going 17 years in a row where I'd always dovetailed one job into the next, or overlapped them even.

"It has been great to step away and take a nice deep breath and feel a little bit more re-energized. I felt by the time I'd got to the World Cup I'd been back and forth to New Zealand three times in a short space of time.

"I really did feel like my energy levels weren't where they'd been. I feel they're certainly back now, after being locked up for three weeks!"