James Ryan has shaken off an adductor issue to captain Ireland in their opening summer series int...

James Ryan has shaken off an adductor issue to captain Ireland in their opening summer series international against Japan this Saturday.

The Leinster lock will be joined in the second-row by Ultan Dillane in the Aviva Stadium encounter, with Dave Kilcoyne, Ronan Kelleher and Finlay Bealham forming the front-row.

Caelan Doris returns to the side at number eight after missing the Six Nations while Peter O'Mahony and Josh van der Flier are the flankers.

Out-half Joey Carbery starts his first game for Ireland since the 2019 World Cup, he's paired with Jamison Gibson Park in the half-backs.

Stuart McCloskey and Chris Farrell are in midfield with a back-three of Jacob Stockdale, Jordan Larmour and Hugo Keenan.

Munster's player of the season Gavin Coombes is in line to win his first cap from the bench against Jamie Joseph’s side. Japan lost 28-10 against the Lions last weekend. 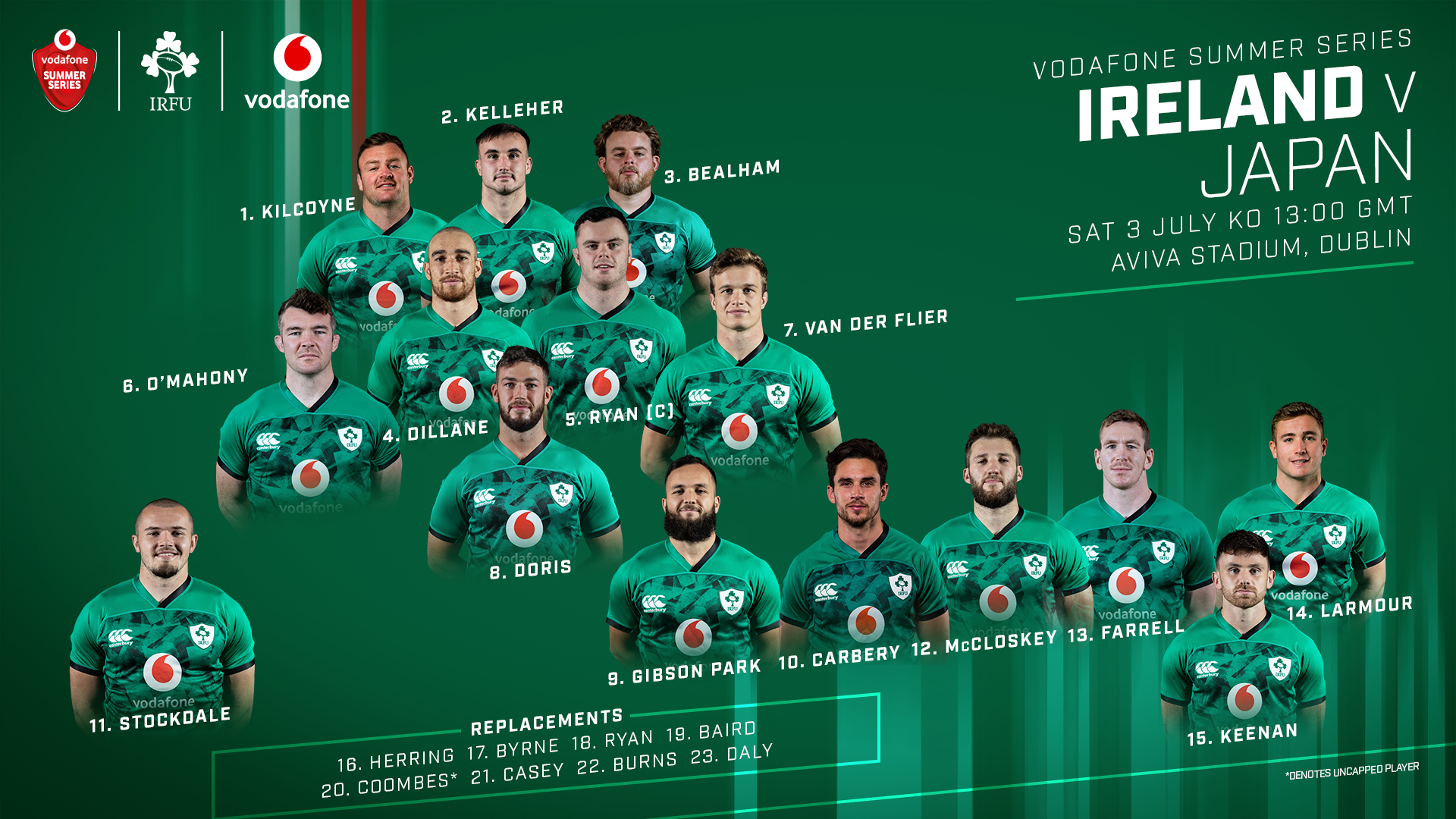