Andy Farrell says his his priority is his job as Ireland rugby head-coach but he's open to being ...

Andy Farrell says his his priority is his job as Ireland rugby head-coach but he's open to being part of the Lions' coaching setup this summer.

Farrell was a defence coach to the representative side for their 2013 and 2017 tours and he's expected to again be part of Warren Gatland's coaching ticket for their three-match series against Springboks.

The Ireland coach insists he can't give "any clarity" on whether he'll be going on tour with the Lions, with Ireland also scheduled to make a summer trip to the Pacific Islands.

"Like I've always said, and it's the truth, I will always do the right thing for Irish rugby," Farrell said at a press conference this afternoon.

"We've no clarity and no certainty on anything yet, so I suppose we will have to wait until the end of the month.

Asked if Ireland's tour plans could scupper his chances of coaching with the Lions, Farrell said he'll have to see how the calendar pans out.

"Again, we don't know what that tour looks like yet. I don’t know what’s happening as far as the Lions is concerned regarding warm-up matches.

"I suppose the fall-out from those warm-up matches is going to have different ramifications on what happens and who is available for tours. We don’t know what the map looks like." 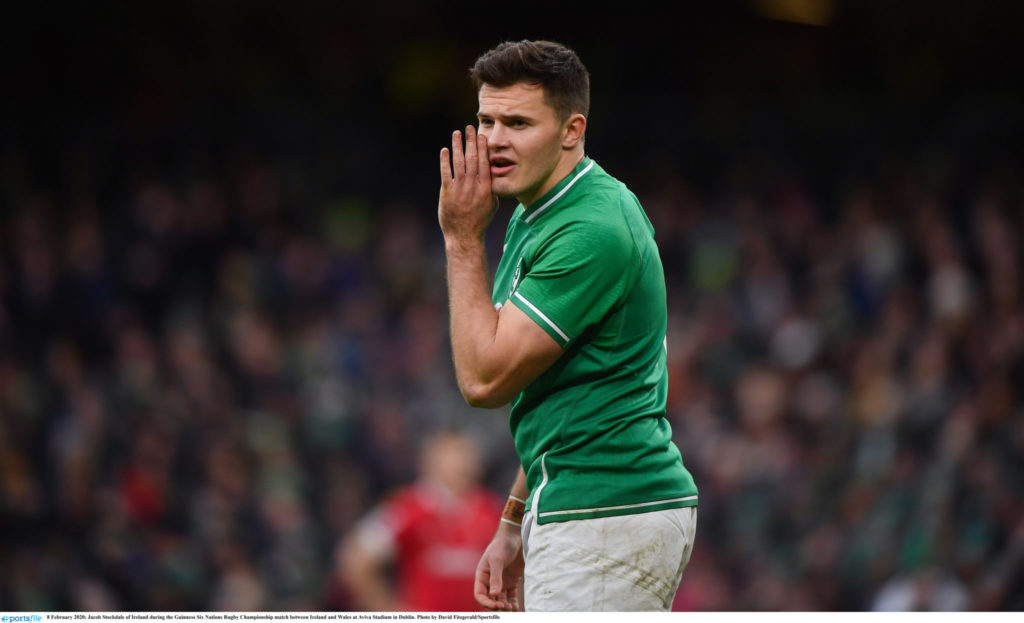 8 February 2020; Jacob Stockdale of Ireland during the Guinness Six Nations Rugby Championship match between Ireland and Wales at Aviva Stadium in Dublin. Photo by David Fitzgerald/Sportsfile

Stockdale back in contention

Farrell also revealed that Jacob Stockdale is in contention to play for Ireland against Scotland and England in the Six Nations, following his return to action with Ulster last weekend.

“I know that speaking to him at the start of the competition he was very frustrated with how slow the injury was coming on. I know how diligently he’s been working with the medics up there at Ulster so he’s done great to get himself back on the field and put himself back into contention.

“He got a chunk of the game there last weekend and hopefully he’ll get more game-time this weekend against a very good Leinster side.

“So we’ll see how Jacob shapes up and what the rest of the squad looks like on the back of that.”