Dr Jennifer Pugh joined Ger and Johnny on Friday Night Racing this week, and spoke about having an inside scoop on jockey's tricks to avoid medical scrutiny.

Pugh is Senior Medical Officer with the Irish Turf Club, and although she says having a background in racing was not a prerequisite of her job, it has certainly come in useful.

"There are so many nuances in this sport that people from the outside would find more difficult to get. When I first started as racecourse medical officer I was checking out some of the riders...

"...A couple of them said 'What are you doing?', I said 'Well, I'm a doctor.' They'd have seen me ride and not realised I had a job outside of that! And they maybe didn't quite believe I was who I said I was.

"I've grown up in racing... all my friends and family all make their living some way or another in the racing industry, so it gives me huge perspective on that.

"I rode as an amateur very much as a hobby, I was studying or working at the same time... my sister rode a lot so I kind of swung off her tailcoats a little bit and followed her around. I took the spare rides that she didn't want!

"I had a few winners, but you know, I had a lot of falls, a lot of injuries. I sneaked past the doctor on numerous occasions to not let them know I had a broken bone, sneaked my sister past the doctor with concussion that we tried to disguise and hide.

"So I know a lot of the tricks of the trade! Thankfully we're getting to the stage where the jockeys know now it's better to tell the doctor and not sneak past them."

Dr Pugh also spoke about the gradual change in injury rates over the last decade, and how generally things are improving in that regard. 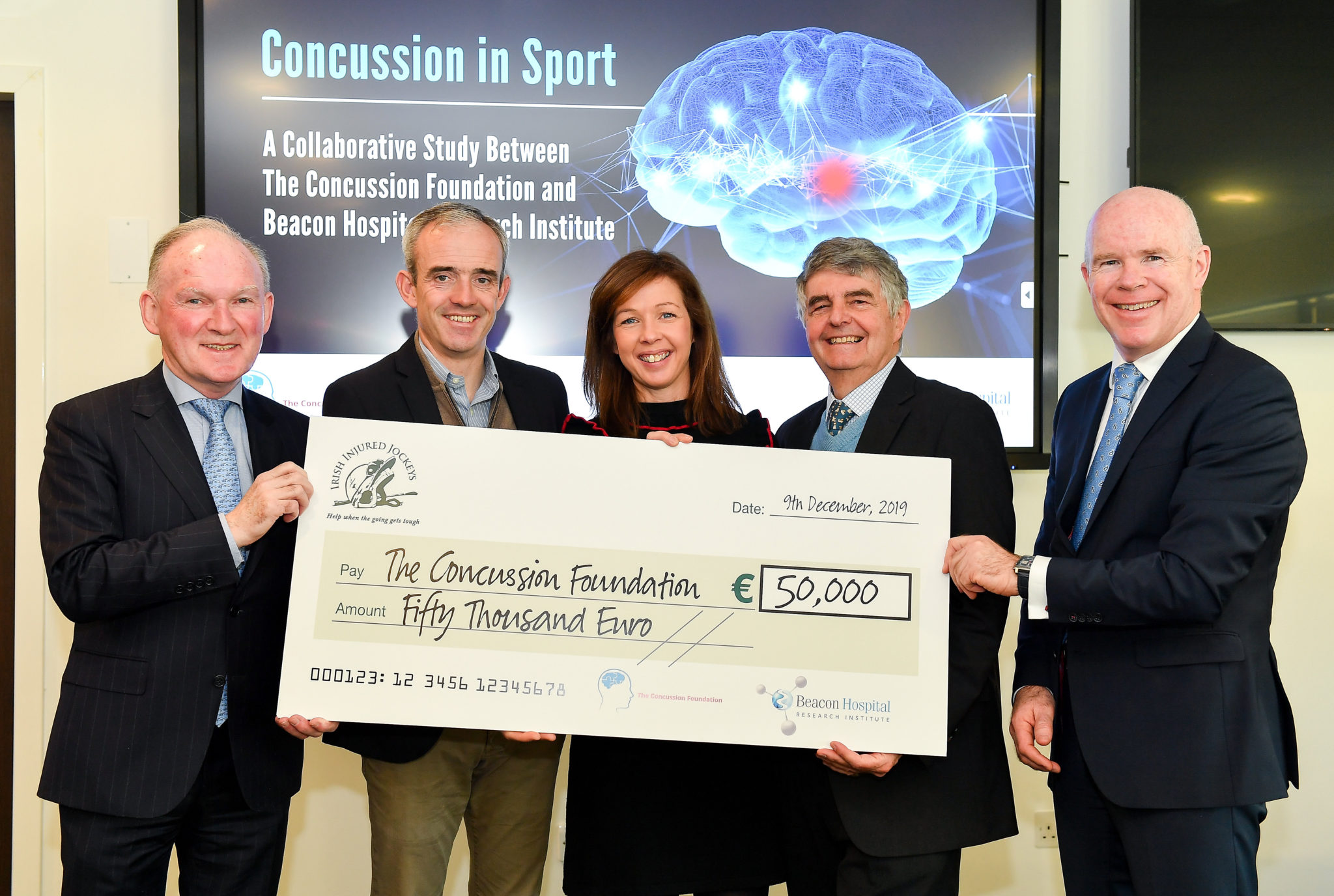 9 December 2019; Former Irish Jockey Ruby Walsh was on hand in December to help launch ground-breaking new research to understand long term impact of concussion on athletes. New research will explore the long-term effects of repeated concussion and head injuries on those who have competed in contact sports. The research, Concussion in Sport, launched as a collaboration between Beacon Hospital Research Institute and the International Concussion and Head Injury Research Foundation (ICHIRF), will allow for better management of concussions in the future. Pictured are, from left, Dr Adrian McGoldrick, Trustee, ICHIRF, former Irish jockey Ruby Walsh, Dr Jennifer Pugh, Irish Horseracing Regulatory Board, Dr Michael Turner, CEO & Medical Director, ICHIRF, and Michael Cullen, CEO, Beacon Hospital, during the launch of the Concussion in Sport Study at Beacon Hospital in Sandyford, Dublin. Photo by Seb Daly/Sportsfile

"The injuries probably haven't changed a lot. We have seen a downward trend in injury rates over the course of the last ten years or so, albeit quite minimal.

"The injuries themselves tend to be similar - lots of clavicles, lots of collarbones, lots of soft tissue injuries, lots of ribs. And thankfully the more serious injuries remain quite low.

"A lot of that is down to new designs in helmets, new designs in back protectors. In point-to-point a lot of it is the standardization of how the racecourse is put together.

"It's set up as a pop-up track for the day... there's a lot of consistency with the fences which has improved the jumping. And the quality of horses and preparation of horses going into point-to-points is of a much higher standard now.

"So now very few people use it as a schooling ground - they come race-ready, and I think that's probably contributed most to the safety aspect in point-to-pointing."