Dublin senior ladies footballer Éabha Rutledge joined us on 'How's the Head?' this week, as we chat to different sportpeople across the country and ask them how they are getting on during the Covid-19 pandemic.

Kilmacud Crokes star Rutledge has experienced much success in recent years on the trophy front, and she told Off The Ball's Shane Hannon about how strange her training regime is now to the usual.

"We've never really trained on our own or gone out running, we'd be so busy with the team. So the first few weeks were a bit strange, but we're just trying to adapt to it now.

"It's just trying to maintain that fitness - our Dublin management team have given us different variations of things to do like running and individual football skills as well... so we're trying to tackle trees and stuff. If anyone saw me out there running around the trees they wouldn't know what I was doing! 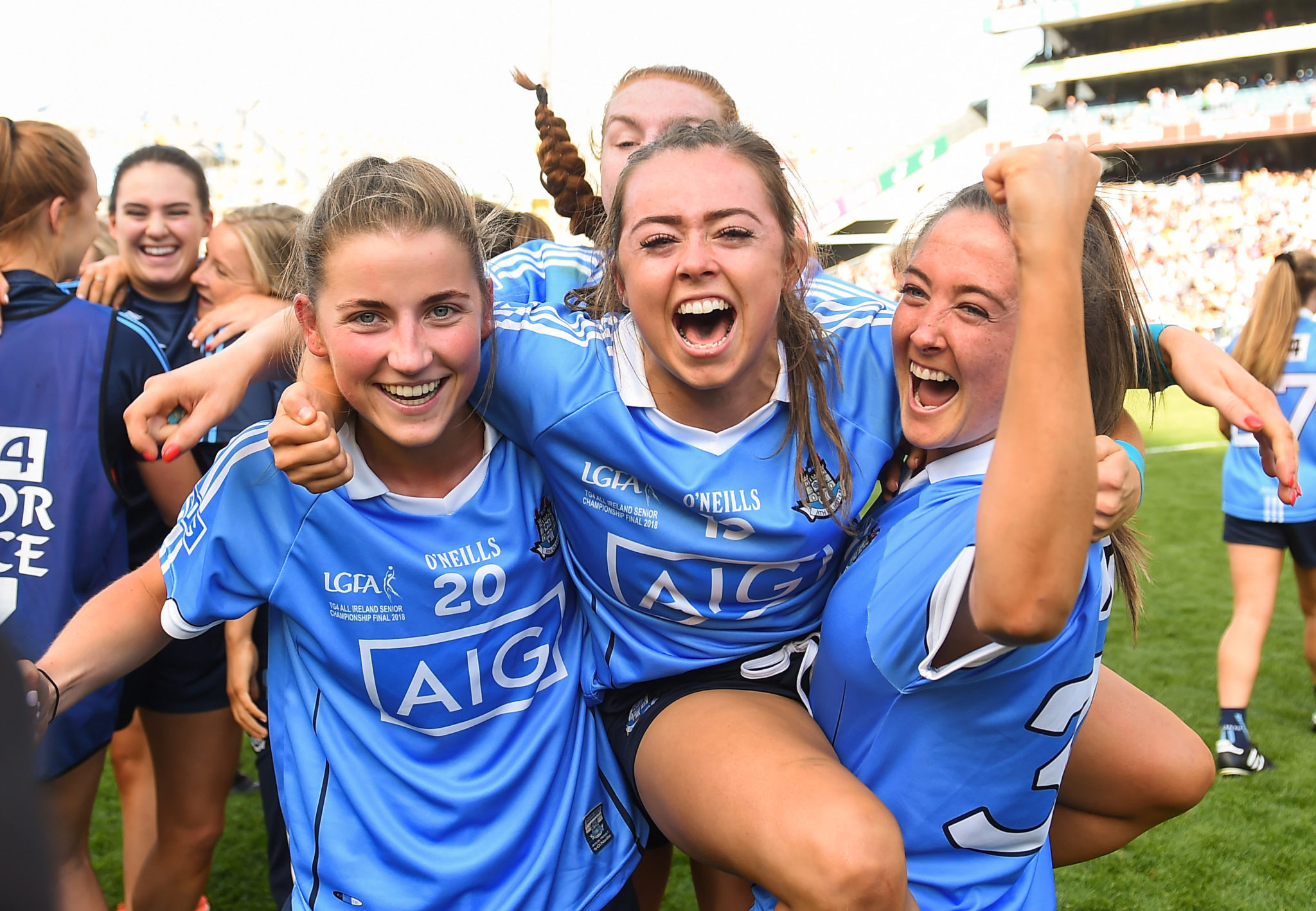 "[I'm] just trying to keep fit and keep sane, to be honest I love going out now in the evenings and kicking a ball. When you're working all day it's just something nice to do."

Rutledge has great admiration for those working on the frontline of the health services.

"My sister is a midwife so she's working at Holles Street at the minute doing shift-work, and there's actually quite a lot of girls on the team working on the frontline.

"It does sound tough and quite stressful, I don't know how they still manage to get out training having been on their feet all day - they must just be exhausted. They're absolute heroes so they are."

A Club Players' Association survey earlier this week suggested quite a number of GAA players would be reluctant to come back to training or playing while it remains in any unsafe, and Rutledge echoed that sentiment.

"Personally I'm eager to get back playing, but as the LGFA and GAA [say], it's not possible to go back while social distancing guidelines are in place.

"You don't want GAA clubs to then become a cluster for coronavirus, and you do have to be safe. Personally I would think while the social distancing guidelines are there it's actually not feasible to go back playing.

"You want to make sure players aren't risking lives, players have to go home to their families, that you aren't putting families at risk either."

One interesting dynamic from last year;s All-Ireland winning Dublin team was that five of the six starting defenders all went to school at Coláiste Íosagáin on the Stillirgan Road.

Niamh Collins, Sinéad Goldrick, Martha Byrne and Aoife Kane all went to the school, as did Éabha, and she says her memories of those days are among her favourite throughout her whole career.

"I mean it's brilliant, we only actually realised after when we were taking photos in Croke Park and we were like 'This is mad!'

"I have some great school memories of winning All-Ireland's, especially with Niamh Collins, Martha [Byrne] and Aoife [Kane]. Sinéad would have been a bit older and would have been in coaching us!

"One of the first All-Ireland's we won was honestly one of the highlights of my sporting career so far, it was an amazing achievement for the school as well. It was the first time a Dublin school had won an All-Ireland.

"We used to love training - we'd have tea and chats after training every Friday and we really became a close-knit group of friends."

Dublin senior ladies footballer and All-Ireland winner, Éabha Rutledge is supporting the AIG 20x20 ‘Show Your Skills’ Competition. The competition is open to women and girls of all ages, all abilities and all sports, the monthly winner will be awarded €1,000 prize. Visit aig.ie/skills to showcase your talent.