Hector Ó'hEochagáin joined OTB AM this morning to pay tribute to the late, great Diego Armando Maradona, after his death this week at the age of 60.

The 1986 World Cup-winning captain delighted fans of football globally, and his time with Napoli is particularly well remembered.

Hector, who spent time living in Sevilla, where Maradona played for a brief period from 1992-93, spoke about how deeply felt his death has been for football fans.

"But every time Maradona left a hotel, every time you saw him at a match, every time he did anything... he injected the world of football with pazzazz and testosterone and passion and everything.

"I don't think we'll ever see the likes of it again. It was quite moving, people should watch the scenes in Buenos Aires and the three days of mourning.

"This is an incredible loss to football and it will be mourned for a long, long time to come. I don't think we'll ever see the likes of Diego Maradona again.

"He was, to me, the greatest footballer in the world. I suppose when I speak the language and I've been to these countries you realise how much he meant to these people. The Argentinian people have lost their greatest son."

Hector says he remembers Maradona's time in Spain fondly, but acknowledged his club career at Napoli was the iconic time in his life.

"We saw the fireworks going off in Napoli over the last few days, they want to rename the stadium. I've driven through Napoli and I stayed in a hotel near the train station - Jesus Christ Almighty I thought I'd just get away with my life.

"If anyone has seen that Gomorrah series about Napoli, the gangs of Napoli - Napoli is beautiful, but underneath there's a seedy scene and I think it suited Maradona at the time.

"The Spanish - yes they're passionate about their football - [but] the Neapolitanos are a different level totally. I think it was fitting that he was there. 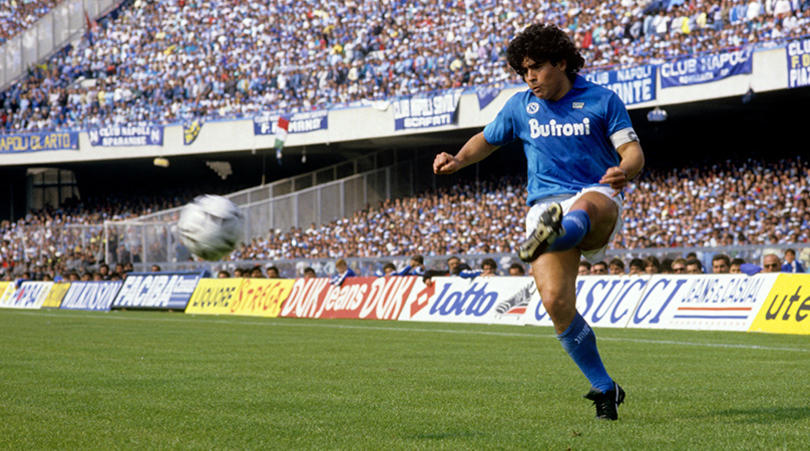 "He just blended in with people, he attracted people to him, he attracted those young, testosterone-filled Argentinian fans that believed in him.

"He injected them with everyting they wanted in life - passion, beautiful women, cocaine, brilliant football, he just did it all.

"He played at Barcelona but they're spoiled at Barcelona, aren't they? They're spoiled with great players over the years. I just think it was very quirky that he spent those months at Sevilla, and it's very interesting when you read about that era of his career.

Villas-Boas calls for clubs to retire the No. 10 jersey as tribute to Maradona