Ralph Hasenhüttl has signed a new four-year contract to keep him with Southampton for the immediate future.

The Austrian boss was appointed by the Saints in December 2018, taking over from Mark Hughes. At the time, Southampton were in the relegation zone, but Hasenhüttl managed to keep Premier League football at St Mary's.

The side currently sits 14th in the Premier League table, with safety looking all but assured. Southampton are five points clear of Brighton just a place below them in the table and seven points clear of the relegation zone. 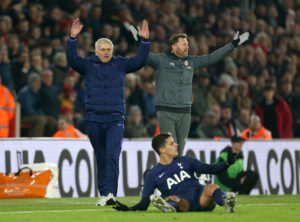 Alongside Hasenhüttl, Richard Kitzbichler has also extended his contract as First Team Assistant Coach, and will continue to work alongside the existing first-team staff of Craig Fleming, Dave Watson, Kelvin Davis, Andrew Sparkes and Alek Gross.

Southampton’s Chief Executive Officer Martin Semmens said: “From day one, Ralph has had a positive impact on the club, everyone within it and our fans.

"He joined our club at a time when strong leadership was needed to drive the club forward. This he delivered, but it was the clarity of vision that has ultimately led us to this point.

“It is clear to me that Ralph believes in this club and is passionate about the project we have ahead of us. He understood who we are very quickly, and over the last six months has developed a vision for the club that we believe will lead us back to success on the pitch.

"A new philosophy on the pitch, but very much rooted in our values and history.

“To be competitive within the Premier League you simply cannot stand still. We need a clear plan that is rooted in hard work and the development of young players on and off the pitch.

"Ralph brings to us the experience of winning, but more than that, an absolute commitment to his philosophy and the development of all age groups at the club."