Club captain Maguire was sent off after half an hour of England's defeat to Denmark on Wednesday, and it's understood he suffered a knock just before the red card.

Maguire will be assessed by United medical staff today, with Solskjaer remaining hopeful he could be fit for the St James' Park trip.

📋 The boss has confirmed that a key #MUFC defender could miss Saturday's #PL trip to St James' Park... 👇#NEWMUN

The United boss has told MUTV ahead of the game that the club medical staff will keep tabs on Maguire today.

"Harry seemed to pick up a little knock just before he got sent off. So we’re having a look at him today to see how he is.

"You never know [how players are injury wise] until they get back and we have had a look at them.

"I think, and we hope, everyone has come through okay. Of course, Alex [Telles] has travelled all round the world. He flew overnight and got here on Thursday."

New signing Telles is unlikely to be involved having just arrived back from international duty with Brazil, while Anthony Martial is suspended and Edinson Cavani is currently quarantining and not available for selection.

Maguire's performances have come under added scrutiny of late after a number of below-par displays, with his international manager Gareth Southgate jumping to his defence.

"For me, he is a top player and a massive part of what we do. He is having a period where he is getting a lot of stick thrown his way. He is big enough to deal with that and he will be stronger for it. He has our full support and I know his club will be the same. 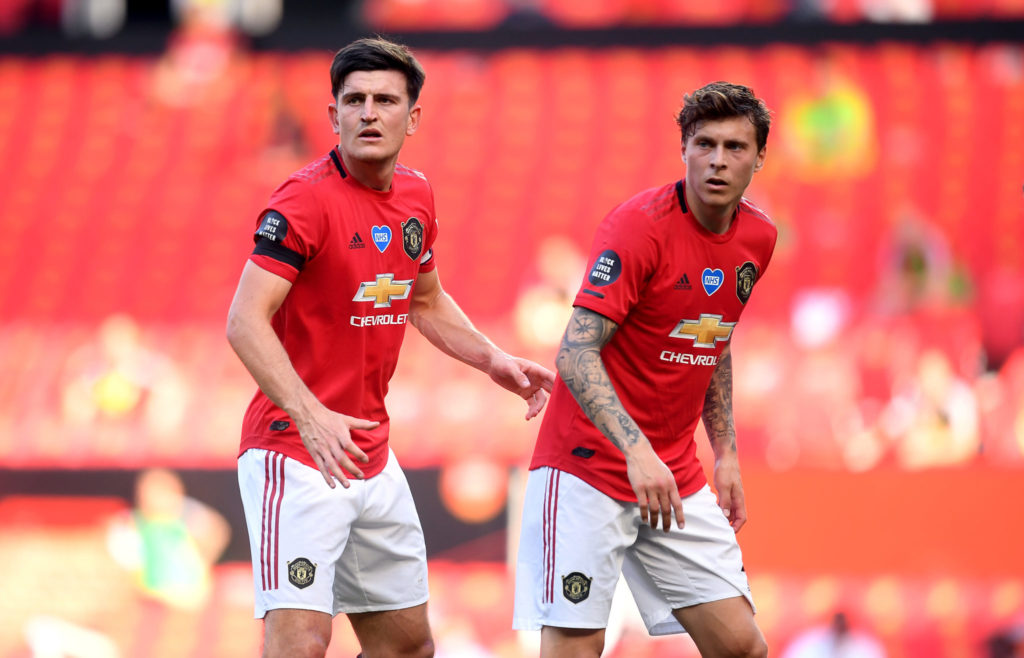 "He is having one of those periods where things are going against him but you have to hang on in there and things will turn."

"Football is very very... you’re in the highlights all the time and when Harry is part of the England team which beats No.1 ranked Belgium it’s a normal day and you get the headlines when you get a sending off, that’s just football, so many ups and downs, have to deal with it.

"Harry has got great resilience, knows he’ll bounce back, wants to play and work his way out of the last couple of games he’s been criticised, he picked up a knock just before he came off. We’ll have a look at him today."

Solskjaer also spoke about 18-year-old winger Facundo Pellistri, a recent arrival from Uruguay, and suggested it may be too soon for him to be involved in the first-team squad.

Facundo Pellistri at Carrington for the first time since he signed for Manchester United 🇺🇾 pic.twitter.com/RdTgUAKY7Q

"He’s a young boy coming from Uruguay. It’s the tradition we have here where we want to bring young players in and let them grow and develop and become the player they can be.

"Of course we’ll give him time. He’s more one for the future than now, but he’s exciting and he’s shown some things in training that we don’t really have here. I’m looking forward to helping him develop and helping him settle."

United fell to an embarrassing 6-1 defeat at home to Spurs last time out before the international break, and currently sit 16th in the standings with just three points from their three games.

Steve Bruce's Newcastle lie ninth after two wins from four, with a 3-1 home win over Burnley their last domestic appearance.

'The board let down Solskjaer' | Manchester United's transfer window rated