Paul Flynn says one key focus of the Gaelic Players' Association is to address the issue of competitive balance, to make gaelic games better for both players and spectators.

The GPA CEO and former Dublin footballer was on OTB AM after the association released their annual report yesterday.

Flynn, who won six All-Ireland titles and four consecutive All-Stars during his playing career, says he hopes the GAA learn from the example of Aussie Rules when it comes to making games more competitive.

"This year in particular because of Covid, policies have been delayed. One of the interesting policies we discussed last year was around competitive balance.

"There hasn't been a hell of a lot spoken about it this year in the media spheres, but it's very important from our perspective - the whole idea of uncertainty of outcome.

"That's from learnings we have from the AFL players' association, they rolled this out in 2016 because there were a number of teams that were underperforming and they were trying to bring balance to it.

"I believe this would be a fantastic initiative to be rolled out by the GAA right across the board, particularly in the inter-county set-up.

"It could bring greater competitions, and some of it could be done through fixture reform, competition reform... through funding and through other mechanisms.

"But they do take time, things in the GAA take time purely based off the set-up and Congress, and what it takes to change a rule."

Flynn explained the concept of competitive balance further, with plans to discuss its introduction to the GAA put on hold due to the pandemic.

"Ultimately the idea in the AFL was their 'North Star' if you'll call it that was to increase the uncertainty of [the] outcome of games. That's what they were aiming to achieve.

"There were some teams that were far superior than others, and there are only 18 teams in their league, they wanted to bring balance to it. 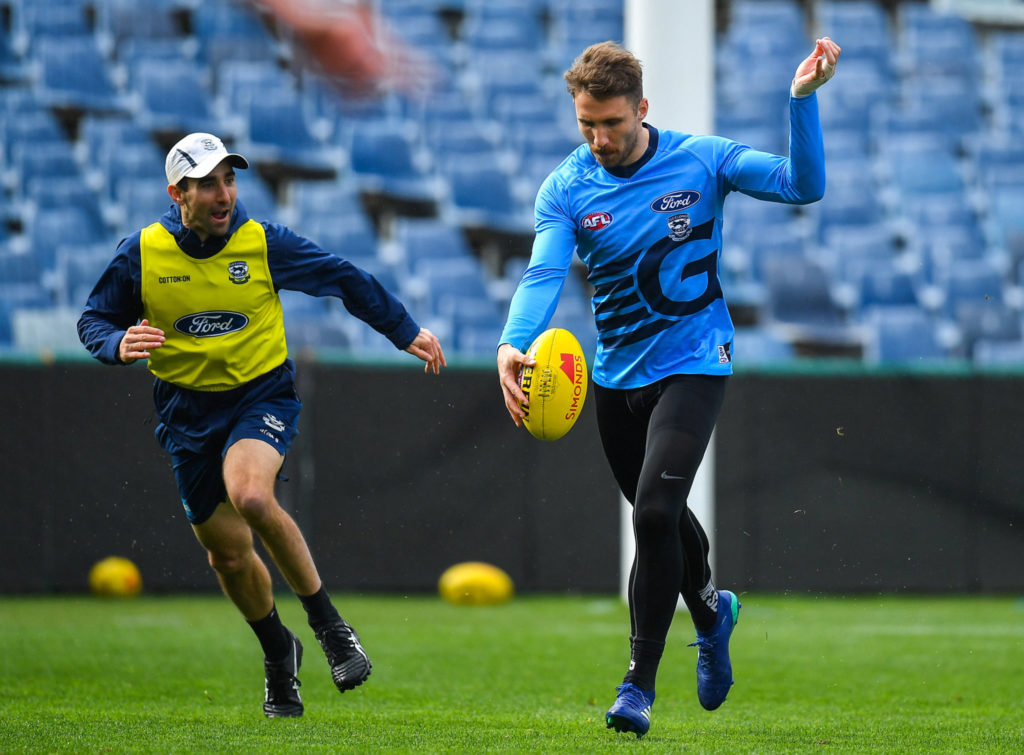 15 June 2018; Zach Tuohy of the Geelong Cats AFL team during squad training in the GMHBA Stadium in Geelong, Australia. Photo by Brendan Moran/Sportsfile

"Other sports do it through different formats like salary caps and financial fair play... the idea of competitive balance and equalisation strategies in sport are common.

"We've yet to grasp it within the GAA, but it's something that I feel we could... we'd have to radically change it from professional sports, but we'd take the model, the idea, and we'd learn from it.

"Things like spending caps for squads so there's fairness across the board, team sizes, squad sizes, the format of championships, so there's a number of different ways you could look at it.

"We don't have all the answers to this, but what we do have is the will to find them. We actually had set up a group to start looking at this on the 19th of March, unfortunately we have had to delay it!

"But it's right on our agenda and we believe we'll have it completed by the end of the year. We're going to embed it in the negotiation strategies also."