G-Mac and the 'cold beers' phenomenon

Graeme McDowell was victorious at the Saudi International last weekend - and if you saw any references to cold beers in the aftermath, it's all because of one incredible viral video.

Off the Ball's Shane Hannon investigates the 'G-Mac' phenomenon.

If you know, you know.

It was Thursday, December 13th, 2012. The PGA Tour posted a seemingly-harmless video of Graeme McDowell to their website.

It inevitably made its way onto YouTube, and the rest, as they say, is history.

I say 'seemingly harmless' - it's essentially just an 'MTV Cribs' style interview with G-Mac in his Orlando, Florida home.

Two minutes and 42 seconds of laid back chat, as the 2010 U.S. Open champion answers questions put to him that he asks and answers himself. All the while he plays a frame or two of American pool on his gleaming red table.

It's quintessential G-Mac from the very outset.

"Who is G-Mac, ah, I dunno [head scratch]... um, he’s Irish, he plays a little golf, he drinks the odd beer from time to time, he likes to hang out and uh, just kinda be himself really."

This is what makes Graeme McDowell such a likable figure, certainly from an interviewer's perspective. He'll give you colour. He'll think about his answers and he's the opposite of the 'boring golfer' image some people associate with kings and queens of the greens.

McDowell is only 40 years of age, still young in golfing terms. And if he continues to perform as he did in Saudi Arabia last weekend, beating Dustin Johnson by two shots, he'll have plenty more days to celebrate.

It's the moment we've all been waiting for...

For more golf news... or something along those lines ➡️https://t.co/3Hk4r8SkSH pic.twitter.com/uF5gP1r2li

We tend to put sportspeople on superhero-like pedestals in this country, and why wouldn't we? It's nice to see some of us from this small island achieve great things on the world stage.

One superhero G-Mac is certainly a fan of is The Dark Knight himself, as he confirms in his 2012 viral video.

Not sure Batman actually gets many girls, but he certainly has the toys and the cars.

It's over 7,100 miles from Orlando, Florida to King Abdullah City in Saudi Arabia, the scene of G-Mac's triumph last weekend.

So it is no wonder golfers spend a lot of time in the air. Hence why McDowell knows his preferred superpower, if he had the choice.

"Superpower...Umm. I guess teleportation would be great, you know we travel so much on the golf tour that, ah, if I could [finger click] get myself to Asia or Australia or somewhere in the world in an instant that would ah, that would save some time."

It's the pronunciation of teleportation that works wonders in that one. Assonance at its finest.

But what about his favourite movie?

"My favourite movie, ah, you know there’s so many to choose from. Um, favourite movie I’ve watched lately would probably be ah [head scratch] The Social Network. Um, all time, I don’t know, Shawshank Redemption, Gladiator, something along those lines."

First things first, he's right. There are a lot of movies to choose from. I don't know how many movies have been made since the camera was invented, but I do know it's an awful lot.

We've had the engagement news - and now another boost for @kdkilbane77...💍

...G-Mac has endorsed his autobiography! 📚 ⛳ pic.twitter.com/7onJqhmalE

And the Portrush man's taste is excellent. According to IMDb, 'Gladiator' comes in at number 42 in the Top 250 films of all time. 'The Shawshank Redemption' is right at the top of the pile.

A personal favourite moment of mine is the double-checking to make sure he still doesn't have any tattoos, and his general disdain towards the idea of ever getting inked up.

"Tattoos, no, no tattoos. [checks arms] Definitely not in the near future either, I’m not a, I’m not a tattoo kinda guy."

As you can imagine, when you earn as much as a Major winner in golf, you can afford the finer things in life, but McDowell is keen to focus his energy on chilling out off the course.

"So my hobbies outside of golf, uhhh I’m a big sport fan I love all sports... mainly uh football, British football... soccer as you guys like to call it, I’m a big Manchester United fan. But uh, you know all sports, TV, going to the events, uh y’know movies... just hanging out really. You know I mean golf’s such a busy life out there I just love to come home and chill out, drink a couple beers and relax."

The cold beers get a few mentions in all throughout the video but it's the "going to the events" line that stands out here. He leaves us hanging, wondering desperately which events he actually attends. 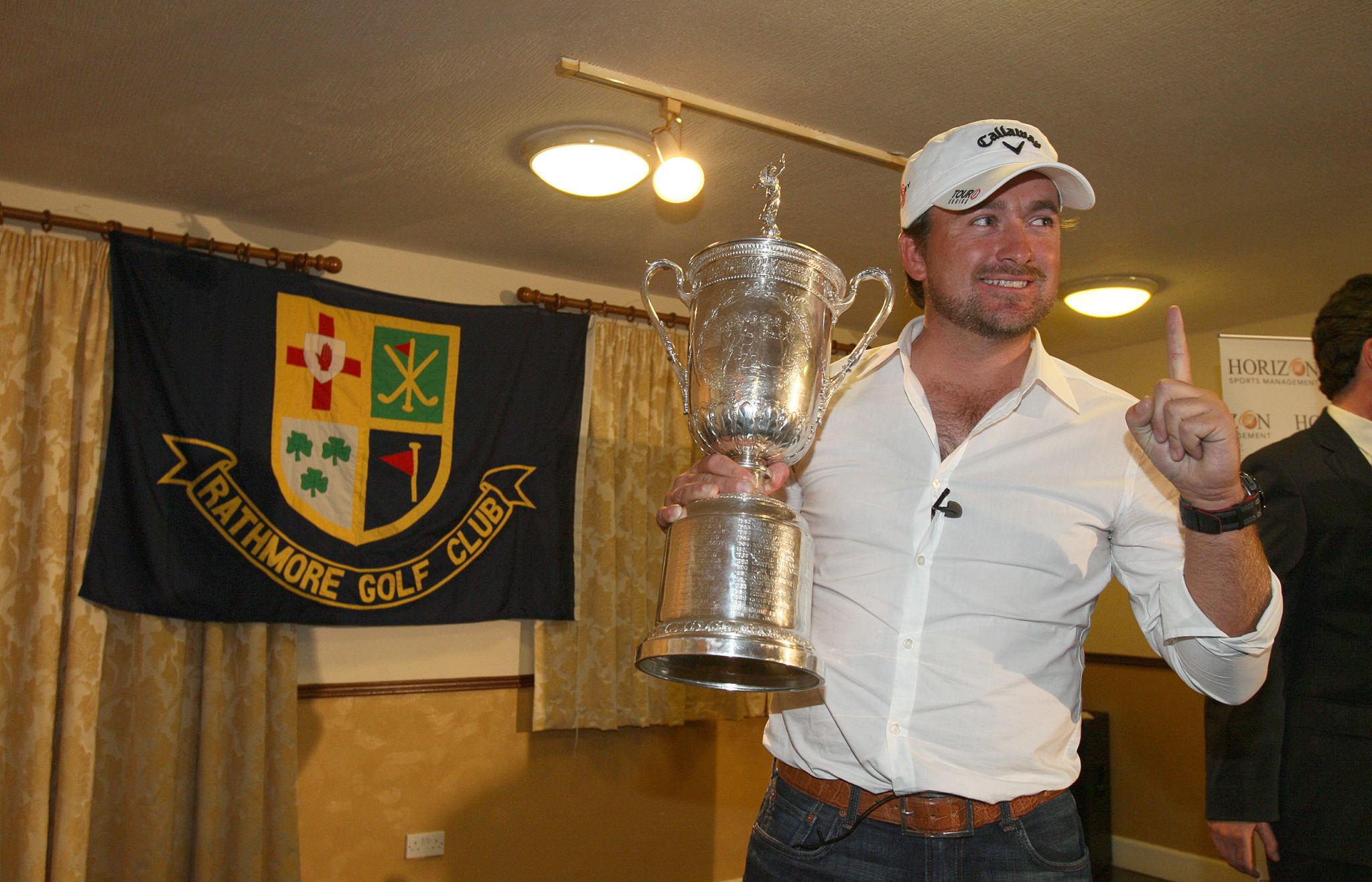 One event he won't be attending anytime soon is the 'I'm a Celebrity, Get Me Out Of Here' wrap party, if his fears are anything to go by.

Type 'Graeme McDowell' into a search engine, and guaranteed the first suggestion prompt will be 'cold beers'. Likely all down to this video made just over seven years ago. The killer line is close to the very end.

He goes on to address the fact that many golfers are "pretty superstitious" and acknowledges his own need to have his lucky "white tees". Whatever works best for him - because hitting that white ball into the hole in as little attempts as possible clearly brings home the bacon.

And, yes, of course, we did a play-by-play remake - you can see it above!