EXPLAINED: Is George Best from County Antrim or County Down?

It turns out we're not alone here - a lot of people seem to be confused about exactly which county George Best hails from.

The Manchester United and Northern Ireland legend was added to the Down sporting Mount Rushmore this morning by Conor Deegan and Donal O'Neill on OTB AM, but not before a bit of confusion!

Best grew up on the Cregagh Road in east Belfast, a city that is predominantly in County Antrim, but straddles the Lagan and the border with neighbouring Down.

In fact, thanks in large part to the spill-over of people from Belfast, Down sits fourth in Irish counties by population with over 530,000 people at the last census.

And although many automatically think of the great United number seven as an Antrim man, it turns out he's not. In fact, even George Best Belfast City Airport is just inside the Down border. 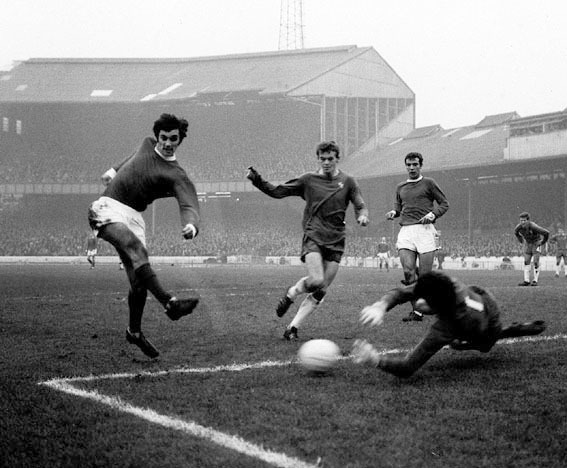 As sports presenter Colin Murray explained to us earlier, Best is a Mourneman, and someone who as such rightfully deserves his place on this particular Mount Rushmore.

"Best is there, he goes up. He's definitely County Down, he's from Cregagh Estate in east Belfast... that is listed as County Down.

"The whole estate... I know his house, I know where he grew up, so I can say that he is definitely County Down.

"If you're in east Belfast and you're in the Down part, unless you intricately know the areas, then you could easily go 'Well hold on a second, is that definitely County Down?' Whoever drew County Down was drunk! So yeah he's got to go there."

One thing that was not up for dispute for Colin was Best's worthy inclusion, once his geographical origins had been ascertained.

"I think we'd all agree, you could have 100 or 1000 people... George Best is there. There's no argument. He's on the Northern Ireland Mount Rushmore - the first picture, first carving. He's on the Irish Rushmore."

We will in time get to the Antrim Mount Rushmore - where there will be plenty of debate we're sure. You have the likes of AP McCoy in racing, Alex Higgins in snooker, and Joey Dunlop in motorcycling.

But there will be no George Best on Antrim's peak - his place in Down's annals of sporting greats is now secure.