Republic of Ireland defender Enda Stevens says they're aiming to give Stephen Kenny his first win...

Republic of Ireland defender Enda Stevens says they're aiming to give Stephen Kenny his first win as manager this evening when they take on Finland in the Nations League.

Ireland lost to their opponents in the reverse fixture in Dublin last month and sit five-points behind League B Group four leaders Wales after three games in the competition.

"We go into every game wanting to win and I think we've just been a little bit unlucky that we haven't got it," Sheffield United wing-back Stevens said of the five games so far under their new manager.

"Like Slovakia is not an easy place to go and I thought we were unlucky and against Wales we created the better chances as well so we're trying to force the issue and just a case now of trying to put the ball into the back of the net. The performances are there and hopefully it'll all click tonight. 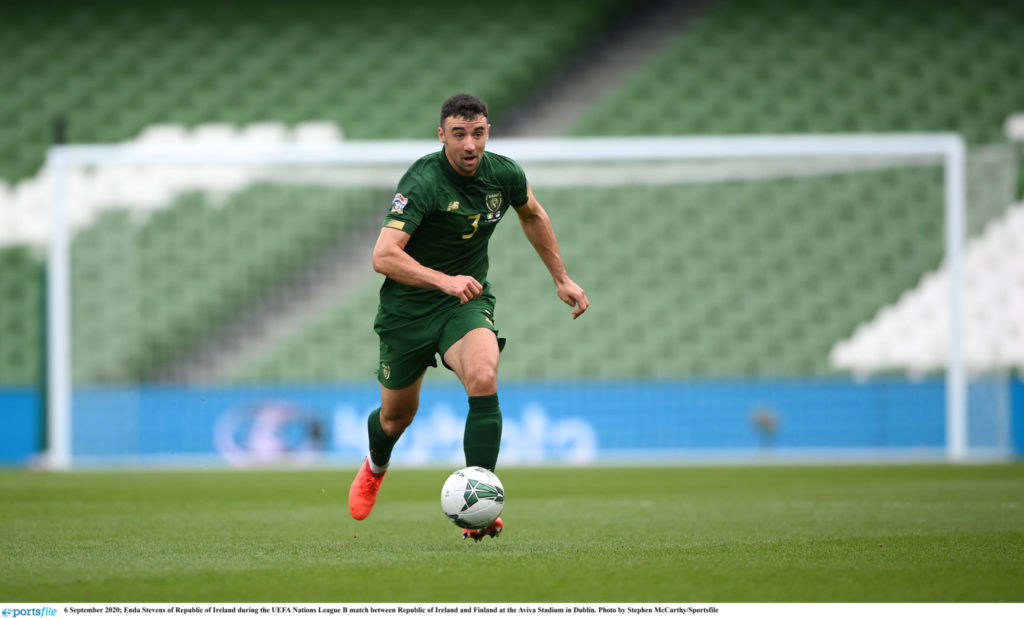 The current international window has been overshadowed by players picking up COVID-19, including a member of the Ireland squad this week. Stevens remains hopeful that next month's games will go ahead, despite the concerns of some clubs.

"A lot will probably have to resolved regarding the testing issue," the former Shamrock Rovers man said.

"The false positives and that will have to be discussed but I think we kinda have to get on with it. You have to move on and there's plenty to play for, especially with next month's games, they have to be played.

"I'm not too sure if club managers will be happy about it but it's just one of those things, I'll look forward to playing and I'll always look forward to representing my country and hopefully they will go ahead.

""It's not really too far away now because of the whole delay and it's only around the corner. Once we find out the group stage then we can really focus on it and you have the opportunity to get a playoff through the Nations League so you have to look first and foremost at those games and try and finish top of the group.