Dublin manager Jim Gavin has today revealed that Diarmuid Connolly is back in training with the D...

Dublin manager Jim Gavin has today revealed that Diarmuid Connolly is back in training with the Dublin senior football panel.

Connolly has made just seven appearances over the last three years for the capital side, but now re-joins the panel ahead of their Super 8 clash with Roscommon at Croke Park this coming Saturday night.

Gavin revealed the news this afternoon in a video update on the Official Dublin GAA Twitter account, where he was giving an injury update after their thirteen-point win over Cork at Croke Park yesterday evening.

Jim Gavin has given #DubsTV a very positive update on the Dublin panel today, following the Super 8s win over Cork last night

The St Vincent's club-man had been expected to play in Boston for the remainder of the summer - he was in Massachusetts last year where he won a championship with Donegal Boston, kicking twelve points himself in the decider.

However, there were complications with Connolly's Visa Waiver ESTA application, which meant his summer plans were changed. Connolly was denied access to a flight and missed the deadline for ESTA registration.

Connolly hasn't played for Dublin since a cameo appearance off the bench in a league encounter with Mayo in February 2018, while his last championship appearance came in the second half of the 2017 All-Ireland final win over Mayo, when his county secured their third Sam Maguire in a row. 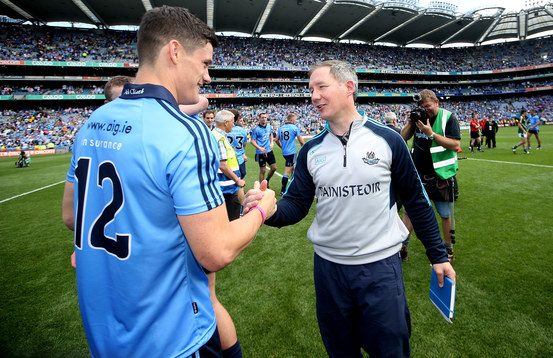 It is a huge boost for Jim Gavin's side in their 'Drive for Five', with the Dublin manager having never ruled out the possibility of the 32-year-old returning to his squad at some point.

Dublin so far this campaign comfortably won their ninth Leinster championship on the trot, seeing off Andy McEntee's Meath by sixteen points in the final, after earlier facile wins over Louth and Kildare.

After their Super 8 clash with Roscommon this coming weekend, they are due to play Tyrone in Omagh, before a potential All-Ireland semi-final with one of Donegal, Mayo, Kerry or Meath.

Playing county campaign first a "non-brainer" for GAA in 2021

James McCarthy to play again in Dublin's 'Drive for Five'