Back in the mid-1990s, Derek McGrath made a single Championship appearance for Waterford.

That was the only appearance, yet given his potential at Minor level, it's perhaps a surprise that he didn't feature more prominently.

But the former Waterford hurling manager explained why his underage career didn't translate into success at senior.

He and former Dublin footballer Mossy Quinn joined us for an Electric Ireland panel ahead of the All-Ireland Minor Championships.

"I actually played in the league for Waterford as a Minor in 1994," he said.

"We played Offaly when they were All-Ireland champions. I remember being taken off at half-time and I look back as a manager and say to myself, if I was integrating a young lad now, you'd probably say to them, 'You're going to get 50 minutes here today. You're going to get the full hour, you might get the 70 minutes' depending on your approach.

"So I'm not blaming management or anything. But I think there's more of a thought process put into the integration of younger players now. Whereas I didn't produce for the half an hour and confidence would be shorn.

"That would nearly affect you and seep through you if you're not tough enough mentally as an 18-year-old. The general perception was my worst year at Minor in actual fact was '94. So in '92, I had that freedom as a young guy and we got to the All-Ireland final. 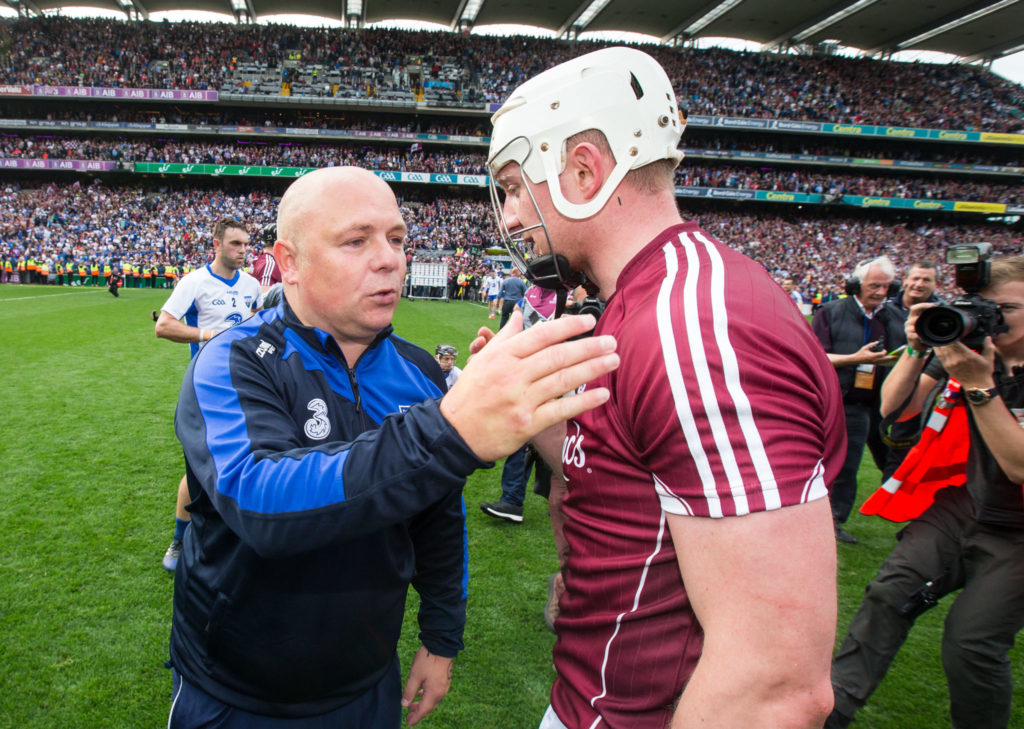 "It looked like I was going to persevere from then. Then educationally, I was repeating my Leaving Cert. The first year I done my Leaving Cert, I got 375 points and I was offered Arts in UCC. But I went back because I was hell-bent on doing PE in UL. I went back because in '93, PE was 425 points and I got 490 points. But PE had went up to 495. So I missed it by five points. So there were lots of other things going on in my life in terms of education."

Instead, McGrath began to look at coaching early, alongside a future career as a secondary school teacher, having eventually accepted Arts in UCC.

"Along the way then, I would've seen things that I would've said to myself, 'Hang on, I think I might make a better coach or manager, inculcating things that perhaps I saw that were done incorrectly.'"

You can watch the full chat with Mossy Quinn and Derek McGrath above via the video player.

A Waterford comeback? Derek McGrath reveals the pros and cons he's weighing up