Scrum Queens founder Ali Donnelly feels the IRFU has made progress but "there's still a lot to do...

Scrum Queens founder Ali Donnelly feels the IRFU has made progress but "there's still a lot to do" in growing women's rugby in this country.

Ireland reached the semi-finals of the 2014 women's World Cup in France on the back of landing a Six Nations Grand Slam in the previous year but they now face the prospect of having to qualify for next year's World Cup in New Zealand after a disappointing eighth place finish on home soil in 2017.

"No, I don't think they have," Donnelly said when asked whether Ireland have been able to build on their Grand Slam success in 2013 on this week's Keith Wood's State of the Union.

"There are lots of factors here, that team had a core that been together for years and years and it started to dissipate with players retiring and having children so there were mitigating factors.

"But the decline in the women's programme between 2014 and '17 was shocking actually, despite the fact that people were interested in it. You can't stand still, you have to move forward.

"I think generally in the women's game it hasn't been brilliant at selling the women's game but there are some things that have gone really well. I went to England against Wales at The Stoop with my three year-old and there were 10,000 people who had paid to go and watch the match.

"That's a huge moment for the women's games because tickets tended to be free for these matches...in New Zealand no-one has gone and paid to watch the Black Ferns, they either have tickets on the back of double-headers or they're given away.

"So they have an interesting marketing challenge generally, particularly ahead of the World Cup next year but paid-for tickets has been a really significant moment for the game in the past year.

"Yes Ireland and other countries haven't been very good at telling the story of the women's game and selling it to sponsors or the public but despite that the game appears to be growing anyway." 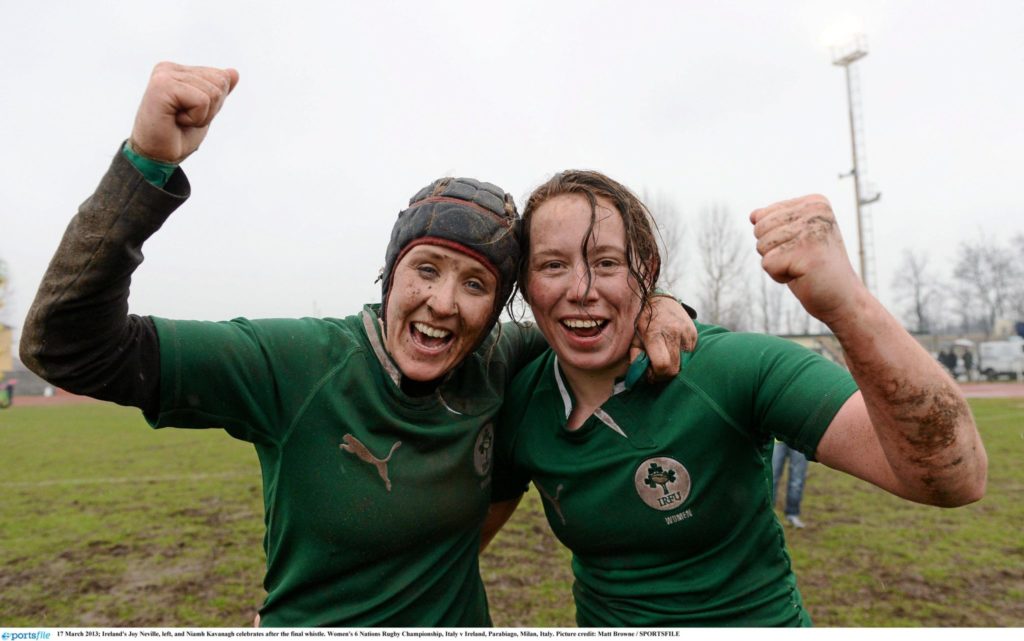 "They're the faces who are known and we've used those players and brought them through the coaching structures and they are coaching within the provinces.

"Hopefully they'll go on to be national coaches, for our young girls who are being coached by Niamh Briggs, Fiona Hayes or Laura Guest, those players who have played representative rugby, it's important for visibility but also to show there's a pathway where if they decide they don't want to continue playing into the adult game then there are other avenues where they can stay involved and give purpose to it."

Donnelly countered by saying the IRFU have "not been very good at pushing the women's game in the direction that it should have been.

"There's still very much (a feeling of) be grateful that we're including you. Now that is changing for sure but there's still a hangover and legacy of that. 2,000 adult players is great but the numbers are still fairly small and the club game is quite small despite all the work that's been done.

"If I was the IRFU I'd be begging people like Lynne Cantwell to come and work for me because we have some really smart, clever women who understand the structures around women's sport and what motivates women to play. They understand rugby and want to be involved. There's progress being made but there's still a lot to do."