Republic of Ireland defender Cyrus Christie has voiced his concern with the way racist abuse towards him on social media was handled by Gardaí at the time.

The 27-year-old joined Ger Gilroy on OTB AM this morning, where he also discussed an incidence of racist abuse he experienced after an international training session in Dublin.

Christie has previously spoken out about the racist abuse he suffered online after the Republic of Ireland's World Cup play-off defeat to Denmark in 2017.

Christie told us that he was never confident that anything would be done about the abuse he experienced on social media.

"When you're making petitions for people to get lynched, that's a threat on your life. The Garda really didn't understand where I was coming from, they really didn't do anything about it.

"Even when I sat down and spoke to them they didn't understand, and I was explaining different stories about growing up. They were like, 'I just don't believe someone in Ireland could be racist.'

"You're going to get racist people everywhere. I'm not trying to say the whole country was racist but, you have everything you need there, the evidence, what people are saying. I believed it was enough for them to do something.

"We actually ended up ending the meeting early, because I just knew they wouldn't do anything. When someone from my family actually rang to find out what was going on, they said, 'We actually don't have a case, we don't even have the department to deal with this.'

"You're fighting a losing battle there really, and I can see why people don't ever try and pursue anything.

"I gave them a story of when I was younger... [they said] 'Yeah I can understand it, but, I just can't see someone in Ireland ever being racist.'

Cyrus Christie on being racially abused by a child at Ireland training in Dublin, he opened up about his continued experiences of racial abuse from Irish fans while representing the country #OTBAM

The Fulham right-back added that he was not satisfied with how that was dealt with by authorities.

"It was put out there for people to see, people just turned a blind eye to it. In that case... It was there for everyone to see, there was obviously a massive reaction.

"By the time he said it I had actually forgotten about it. The thing is I had seen it on that day, and my friends had seen it, it was already picked up on and there were people liking it and re-tweeting it... But no-one wants to pull the issue up.

"The weirdest thing was, his profile was there for everyone to see. And then obviously when the Garda came in and supposedly said they were going to deal with it, and done nothing.

"That's where you give up... I spoke so many times to so many people and I understand why people don't say anything, because it never gets dealt with from any association into whoever it may be, the police or whatever it might be, they don't do enough. 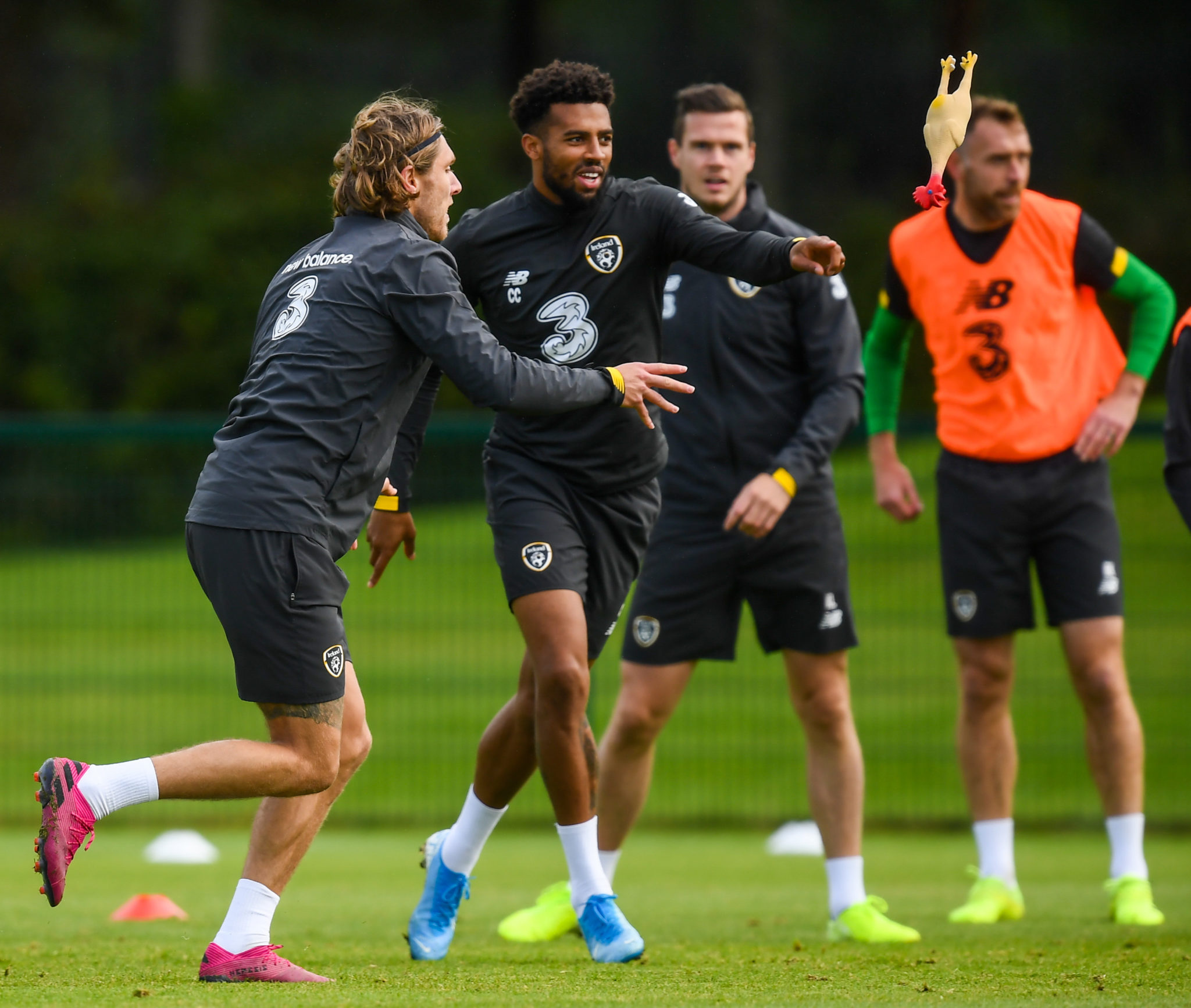 "They come to a certain point where, because it's more high-profile, they look like they want to do something, but it's more I think to benefit themselves, so they don't look bad.

"But then behind the scenes... really and truly, how much are they actually doing? That is the question and there's so many incidents that happen, and the toughest thing is proving it.

"Even if it did happen, well how do they prove it? And I understand it's tough because it's so-and-so's word if it's face-to-face, but when you're seeing it on Twitter and everyone's social media platforms it's there for everyone to see. 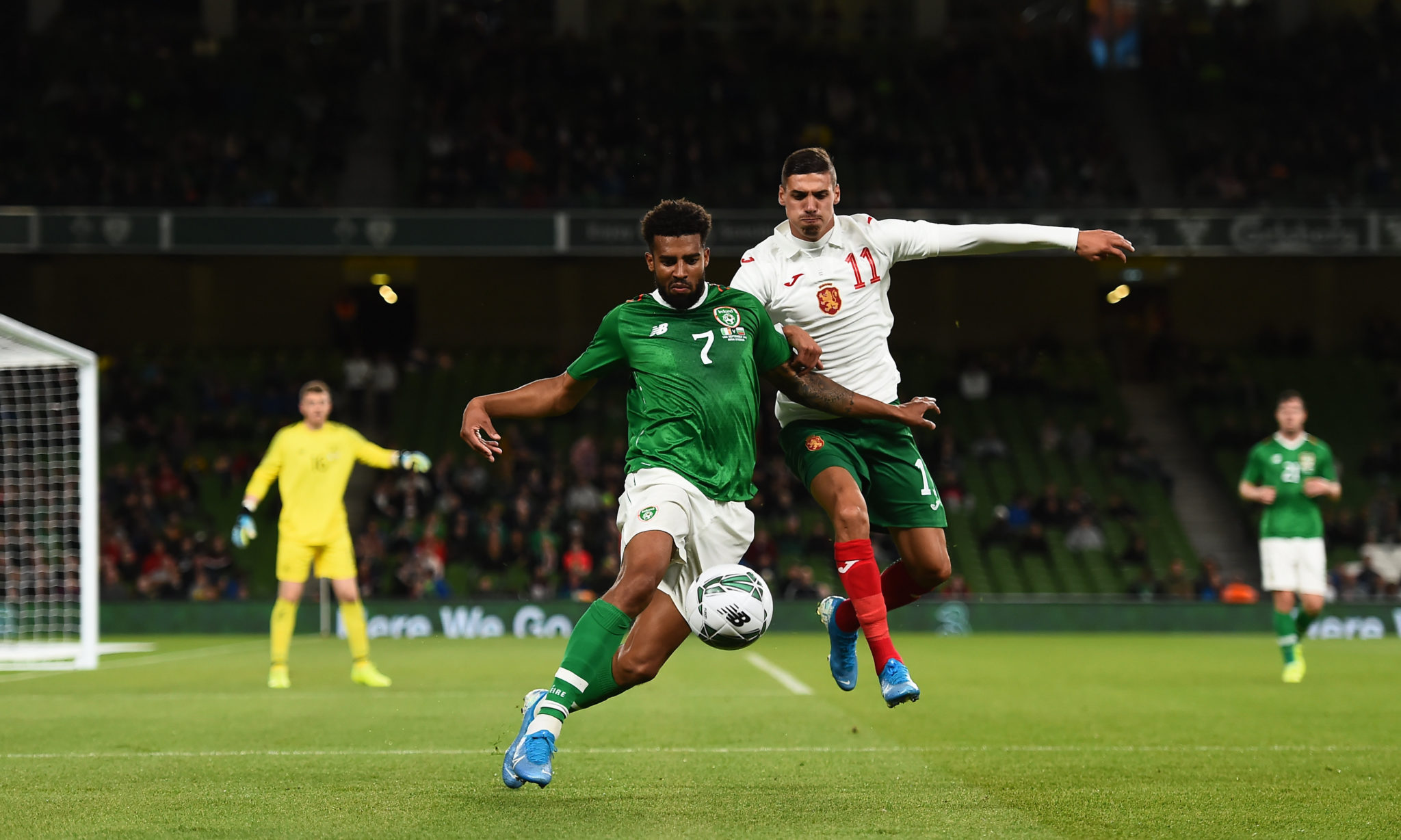 "The craziest thing was the police officer called the guy up on his phone, found him straight away. For me, I don't understand how you can pull it up in front of us and then a year later you get a message [that] the case is closed.

"I don't understand. For me anyway, there's been so many different occasions where I could have pursued it... it gets to the point where you have to keep speaking up."

OTB Sports reached out to An Garda Síochána in March of this year in relation to Cyrus Christie speaking out previously over the Gardaí's treatment of the online abuse.

The below was the reply we received:

"I refer to your enquiry and am to advise An Garda Síochána does not comment on third party material. In relation to the investigation conducted by Gardaí In Irishtown, a full investigation was conducted and two persons were identified.

"The first suspect was a juvenile at the time of the offence and he was deemed suitable for inclusion in the Garda Youth Diversion Scheme, which has taken place.

"A full investigation file was submitted to the Director of Public Prosecutions in relation to the second culprit (mid 20s) and a direction of no prosecution was received.

"An Garda Síochána had agreed that contact liaison would continue through a nominated spokesperson in the FAI. This nominee was kept informed at all times."

In response to Cyrus Christie's claims from this morning's interview regarding the actions of the Gardaí, OTB Sports have contacted the press office of An Garda Síochána for comment and are awaiting a reply.

Cyrus also spoke about Fulham's promotion to the Premier League, the excitement around the Stephen Kenny era and the problem of systemic racism. You can watch it back on our YouTube channel or listen back through the OTB AM podcast stream.

Westwood storms into the lead as McIlroy falters at Bay Hill

'A self-satisfied view of ourselves' | Aodhán Ó'Ríordáin on Christie racism