Cyrus Christie has opened up about experiences of racism during his footballing career, including...

Cyrus Christie has opened up about experiences of racism during his footballing career, including vile abuse from a youth after an international training session in Dublin.

The Republic of Ireland international defender joined Ger on OTB AM this morning, where he discussed the regularity with which he has suffered racial abuse from Irish fans, whilst representing the country.

"I'm used to it happening. It happened when I first joined up [with the Irish squad]. It even happened one time at the training ground, from fans that were standing outside there.

"They were kids. There's a lot of systematic racism, and until people of all cultures realise that, especially white people, their voice is always bigger than everyone else's.

"It wasn't me that brought it up, I took it on the chin and moved on, and James McClean brought it up - his voice in Ireland is probably a lot bigger than mine. He understands the situation because he gets quite a lot of racial abuse as well which no-one ever speaks about or picks up on.

"People might say he brings it on himself, but I'm not sure he does. He's standing up for what he believes in, his experiences."

The Fulham star, whose club earned promotion from the Championship via the play-off final, spoke further about the incident at the training ground that really stands out in his memory.

"Yeah this was in Dublin. This was one of my first couple of times when I was new in [the squad]. We had people outside, obviously after training sometimes there's people there.

"Someone came up to me and it was racist whatever they said... it was a big shock. Then obviously a few of the lads refused to sign stuff because there were a few others that were there and seen it.

"I was in shock, because I didn't expect it at that time. It's one of them situations... it's not the first time, I'm sure it's not going to be the last.

"When people catch you by surprise is when it's worst. Like I said, I've had it so many times, you become accustomed to it and used to it. But you have to speak up - if you don't speak up people won't understand and they won't realise actually what is going on in this world. We can't stay silent - that's everyone. 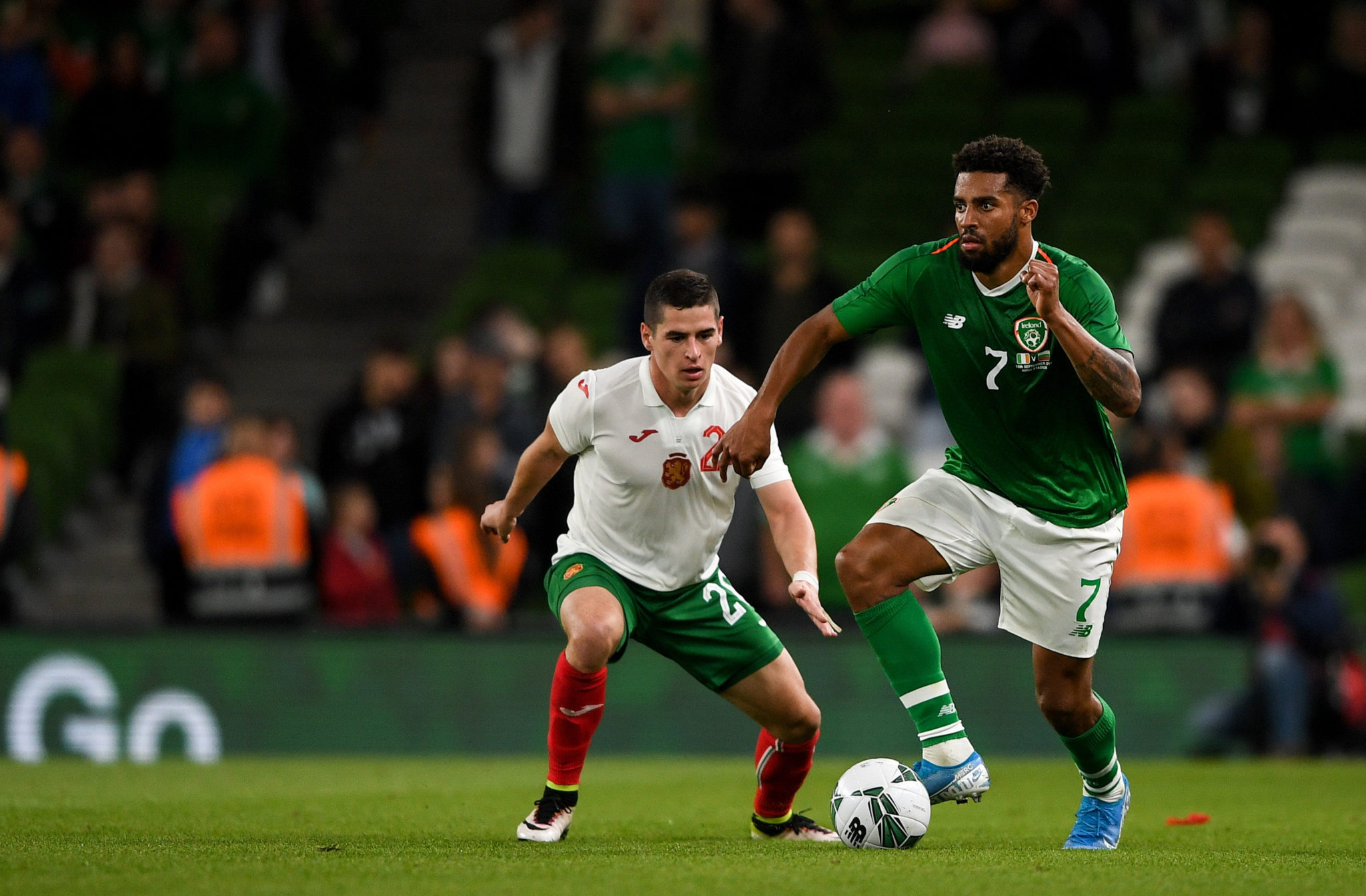 "It was a kid, that's why it shocked me. It's come from a kid. You don't want to blame the kid because it's come from the parents in my mind.

"What shocked me the most is that obviously he's there with the teacher. The teacher didn't say nothing. She allowed it. Unless you educate these people it's going to keep happening.

"That's what I find scary. You have older generations and they're so stubborn... they're not going to change their mind because if you've been on this Earth for 50, 60 years it's hard to change someone's opinion.

"You've got kids that understand what is going on in this world... they're growing up in a different time now.

"For a teacher, who is in a high position, who is meant to be a carer, for her not to say anything was what shocked me even more. I don't know what's been said around him [the kid] or his education, but it's a kid who I'm sure has enough longevity in his life to know where he went wrong there.

"Hopefully 20 years from now he doesn't have the same opinion."

Cyrus also speaks about Fulham's promotion to the Premier League, the excitement around the Stephen Kenny era and the problem of systemic racism. Listen to the full interview live on OTB AM from 8.15 am. If you miss it, you can watch it back on our YouTube channel or listen back through the OTB AM podcast stream.

'A self-satisfied view of ourselves' | Aodhán Ó'Ríordáin on Christie racism