The coronavirus pandemic and shutdown of sport could cost the GAA up to 60-million Euro according to their Director General Tom Ryan.

He's told Sport for Business Leadership that two or three months without games is likely to have a "serious impact" on their finances due to the importance of gate receipts in their income streams:

“It’s already having a really serious impact on things. Central Council-wise, there’s probably about €60m at risk. All we have is matches. That’s all we have.

"We don’t have an international organisation that can come to our aid. Everything that we generate is generated pretty much on the island of Ireland and it’s all generated within probably a two or three-month period of the year which is the period that could be lost to us income-wise. Yeah, we’ll suffer." 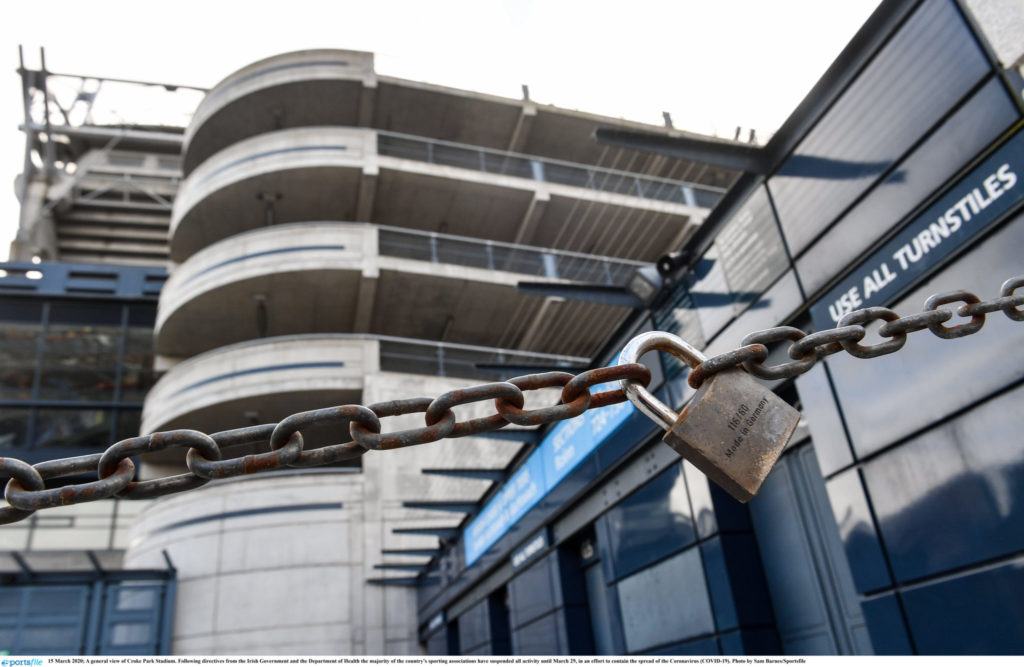 Ryan added that the GAA are now considering playing the final rounds of the League in parallel with the Championship when games resume.

“All they are at this stage is just ideas, you are looking at what length of period you would need to actually play off the Championships, looking at whether you would finish the leagues or not.

“In certain scenarios, you might finish not really for the leagues themselves in terms of the trophies and winners and so on, but they’ll have a big bearing on next year and where people are going to play.

“If there was a possibility to play some of those games interspersed in the middle of a Championship, as of when teams became available to play off a final league game, you might do that. Or you might play them before the Championship would restart in lieu of inevitable challenge matches that people would want to play.”