Dublin star Jonny Cooper says it is strange to have come full circle, as he gets set to line out in a senior championship under his former idol Dessie Farrell.

Farrell has led Dublin to All-Ireland football titles at both minor and U21 level in recent years, and replaced Jim Gavin in the senior role last December.

The task of managing the Dubs is one loaded with pressure - Gavin steered the capital side to six Sam Maguire wins, including the last five in succession.

Na Fianna star Cooper joined OTB AM and outlined what he expects his fellow clubman Farrell is bringing to the role from a style perspective.

"I just think playing with freedom and being energised - that's probably a bit of a vague and wide-scoping answer to respond with but I think that probably encapsulates [it].

"When you're inside that box just to be as creative and open and expressive, and that can be effective on offense or defence.

"What that probably comes back to is the nature of his original profession and the health side of things - being caring and giving people the space to grow. It's probably evident in my experience so far with him." 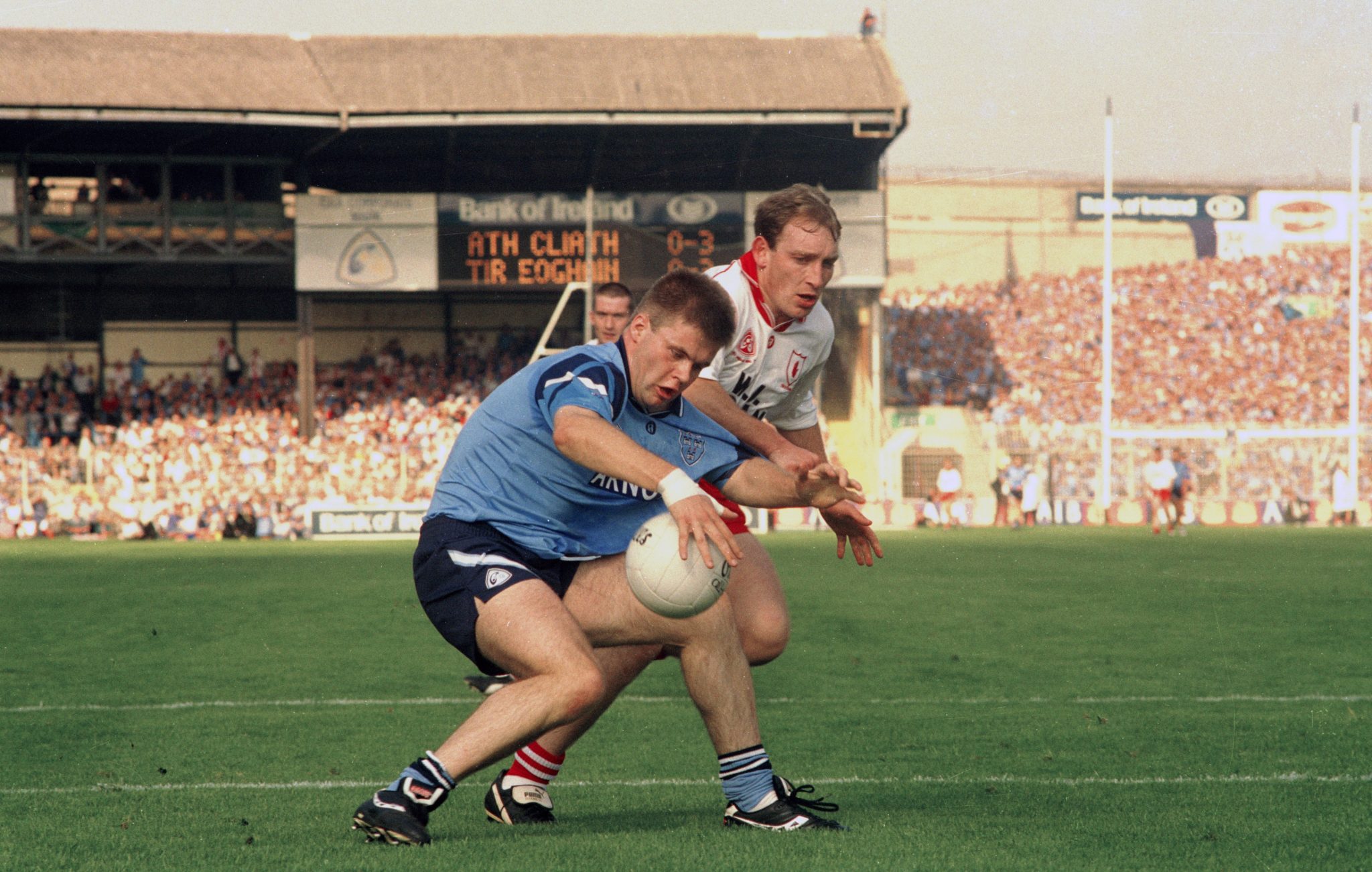 17 September 1995; Dessie Farrell of Dublin, in action against Fay Devlin of Tyrone in the All Ireland Final match between Dublin and Tyrone at Croke Park in Dublin. Photo by Ray McManus/SPORTSFILE

Cooper says he has many memories of watching Farrell playing throught the 1990s and early 2000s - the new Dublin boss picked up an All-Star as they won the All-Ireland in 1995.

"I would have been extremely fortunate. They played on a Wednesday at the time, himself [Dessie Farrell], Jason [Sherlock] and Senan Connell in particular would have been my three idols, as well as many other people, Geezer [Kieran McGeeney] and a few others over the years.

"But yeah I remember watching him [Dessie] all the time, I obviously didn't get to know him until a good number of years later. But certainly when you look back you're lucky to have these kinds of engagements.

"Obviously it's come full circle now when you're working so close with him, having watched him for so many years on the sideline.

"I guess time will tell with regards how successful or how far we can get together, and we'll see how that journey takes us."

Wexford and Galway show their hands for Leinster semi-final