Connacht flanker Eoghan Masterson will earn his 100th cap for the province when they host Ulster in the Guinness PRO14 tomorrow evening.

He's been named in a back-row with Conor Oliver and captain Jarrad Butler as Andy Friend makes six changes from last week's loss to Bristol.

“Reaching 100 caps for any club is a huge achievement so I’d like to congratulate Eoghan Masterson on the milestone," Friend said of Masterson's century appearance.

"Eoghan is a very professional athlete who leads from the front by the way he conducts himself both on and off the field. To hit 100 games despite his injury setbacks down the years only adds to the achievement.

"Building squad depth has been a key objective for us, so we are fortunate to be able to make most of these changes not because of injuries but to keep the squad fresh and give players their deserved opportunities.” 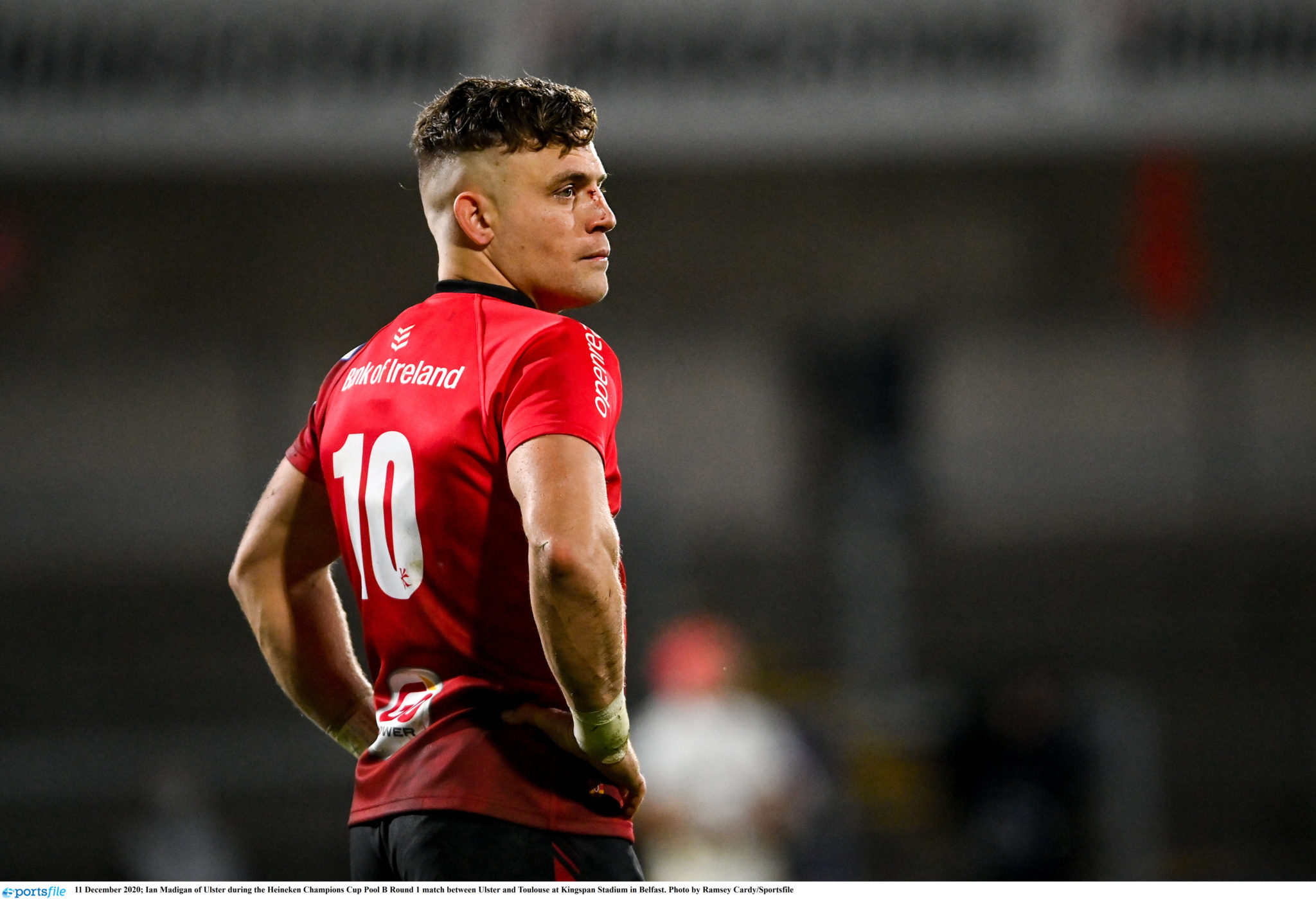 11 December 2020; Ian Madigan of Ulster during the Heineken Champions Cup Pool B Round 1 match between Ulster and Toulouse at Kingspan Stadium in Belfast. Photo by Ramsey Cardy/Sportsfile

Ian Madigan has been named at out-half for Ulster, where he'll join Alby Mathewson in the half-backs for the game at the Sportsground.

Kieran Treadwell returns in the second-row while Greg Jones comes in to start at blindside flanker.

Ireland internationals Billy Burns, Rob Herring and Jacob Stockdale have all been rested as part of the player management programme.