Ulster and Springbok No 8 Marcell Coetzee has been voted the Guinness PRO14 Player’s Player of the Season for 2020/21.

Coetzee has delivered some huge performances for his province throughout the Guinness PRO14 campaign as has been borne out by some of his end-of-season statistics.

The South Africa international shared the top try-scorer title (9), ranked first for offloads (20) while he was also ranked in the top five for successful carries (67) and claimed an incredible 95 percent success in his 105 tackles.

Coetzee commented: "It’s a great honour and privilege to accept this award given the talent in this year’s Guinness PRO14.

"As we all know, rugby is a team sport so I want to thank my coaches and teammates for always investing time and energy to help me grow as a player. Every time I get to go out there is always special." 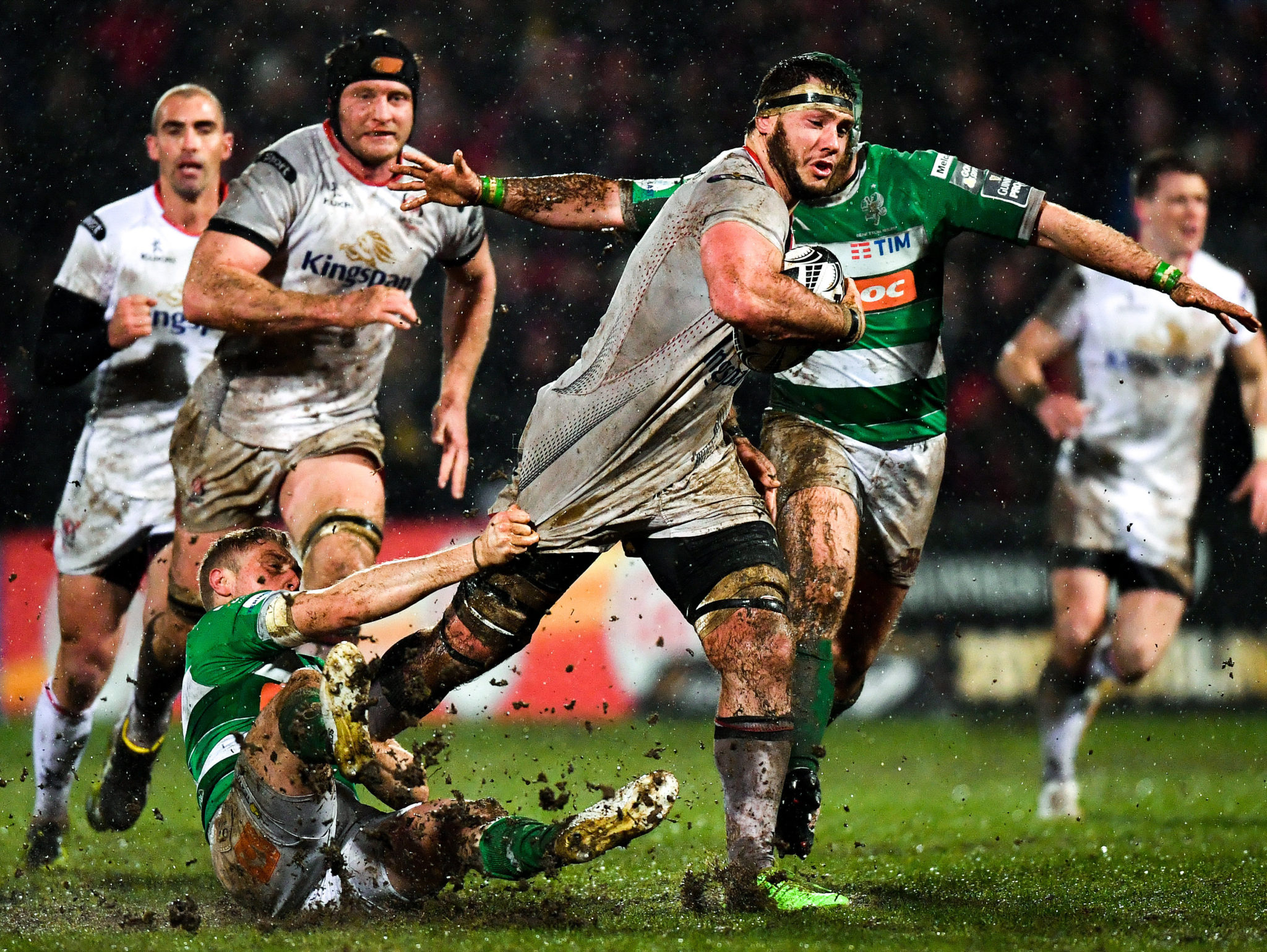 3 March 2017; Marcell Coetzee of Ulster is tackled by Andrea Buondonno of Benetton Treviso during the Guinness PRO12 Round 17 match between Ulster and Benetton Treviso at the Kingspan Stadium in Belfast. Photo by Ramsey Cardy/Sportsfile

The 29-year-old was voted in by his fellow players with all captains and vice-captains in the Guinness PRO14 casting their ballots for the award.

Coetzee, who has won 30 caps for his country, is the latest winner of the prestigious award which has most recently been won by Duhan van der Merwe, Bill Mata (both Edinburgh), Tadhg Beirne (Scarlets), Charles Piutau (Ulster) and Bundee Aki (Connacht).

It was announced in December that Ulster Rugby had agreed to let the South African loose forward return home at the end of the current season, although the northern province weren't entirely happy losing the player.

It turned out that Coetzee had signed a three-year deal with Pretoria-based franchise the Bulls, who are one of four South African sides that are due to be introduced to the Pro14 on a permanent basis next season.