Bohemians and Amnesty International Ireland have jointly called on the FAI to use Tuesday's frien...

Bohemians and Amnesty International Ireland have jointly called on the FAI to use Tuesday's friendly against Qatar to pressure FIFA on the rights of migrant workers.

The Republic of Ireland squad are in Hungary to face the 2022 World Cup hosts in a friendly international and the subject of migrant workers came up at Stephen Kenny's press conference on Monday.

"There is a clear issue with human rights issues in the building of stadiums in Qatar," Kenny said ahead of the game in Debrecen.

"A number of people have died, and you can’t sweep that under the carpet. It’s not acceptable for so many people to lose their lives.

"The disparity of wealth between rich and poor, to have people living in conditions of squalour and people dying in those conditions overall is not acceptable."

Players from Germany, Norway and the Netherlands have worn t-shirts voicing their concerns about the Gulf state ahead of their qualifying games.

Bohs have released a joint statement with Amnesty International Ireland on the morning of the game calling on the FAI to use this moment to pressure FIFA and the Qatari authorities on the long-standing abuses of migrant workers.

Bohemians and Amnesty International call on FAI to speak up for migrant rights and human rights ahead of Ireland friendly with Qatar and the 2022 FIFA World Cup in Qatar: https://t.co/FtdcLXyjzL pic.twitter.com/f5XBgs2KFR

"This treatment has been facilitated by the inherently abusive kafala (sponsorship) system. Migrants make up 90% of Qatar’s workforce and as such, the World Cup would not have been possible in the country without them.

"While many reforms have been committed to, including the abolishment of the kafala system, the implementation of the reforms have been weak and are already seeing backlash from parts of the local business community, making this a critical moment in the fight for workers’ rights in Qatar."

Executive Director of Amnesty International Ireland, Colm O'Gorman said: "Football fans and players should be able to take part and enjoy the World Cup, confident that the migrant workers who made the World Cup possible are not victims of human rights abuses.

"The FAI have a responsibility under international human rights standards to use their leverage to prevent human rights abuses that they are linked to.

"So we’re calling on the FAI to use the spotlight of the World Cup to come out publicly in support of the human rights of the workers, and to urge FIFA to take urgent action.

"After years of pressure, the Qatari government committed in 2017 to reforming its abusive kafala sponsorship system, amongst other major promises of change.

"But these reforms are fragile and are facing backlash, so this is a critical moment.

"We need the international pressure to continue to build and the FAI have a clear role in that." 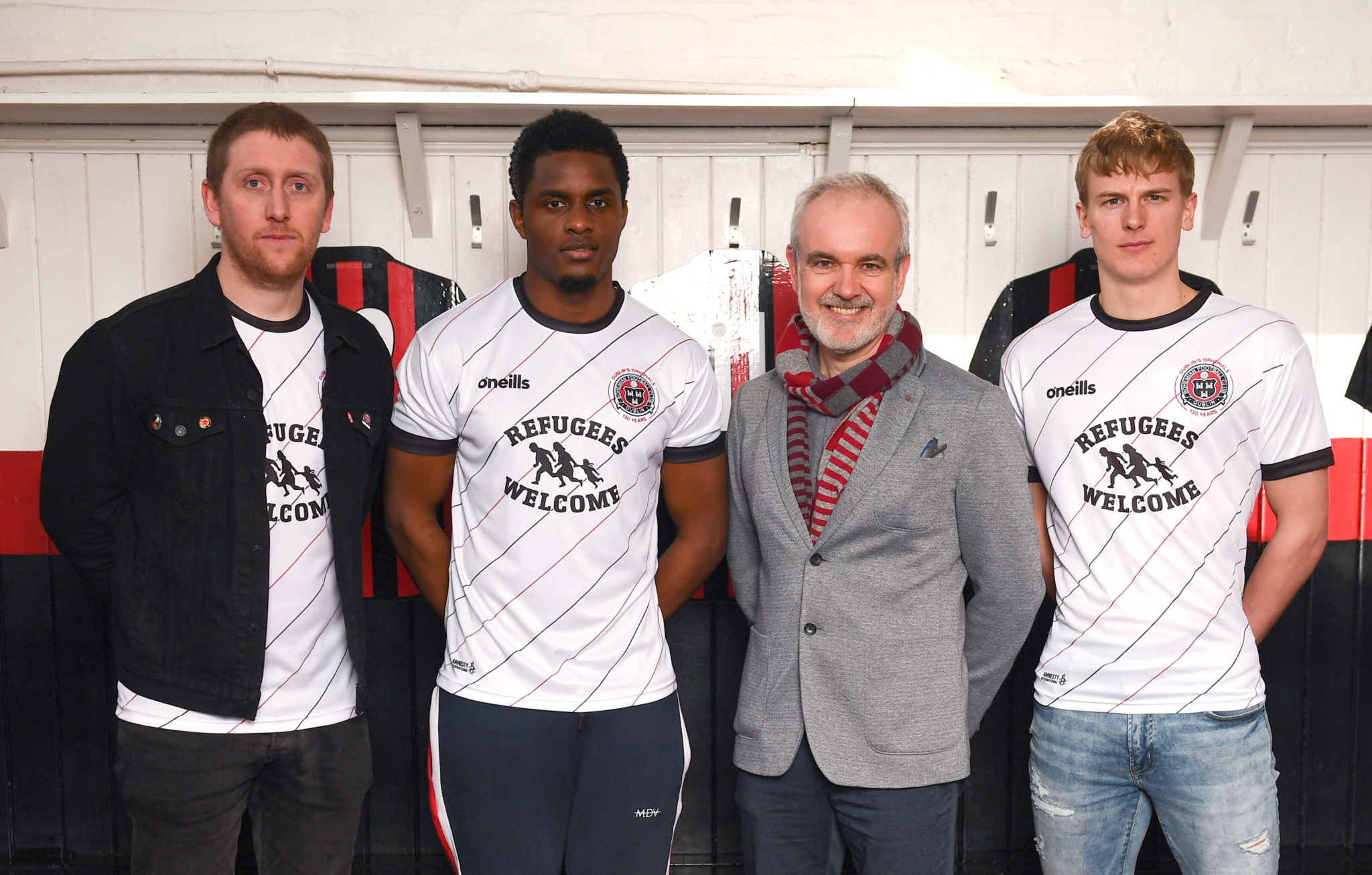 Amnesty International and Bohemians previously worked together on the ‘Refugees Welcome’ away jersey (pictured above).

Chief Operating Officer for Bohemian FC, Daniel Lambert added: "Workers’ rights are human rights, and we want to show solidarity with the people who’ve built the very stadiums that enable this World Cup to take place.

"We are calling on the FAI to use their leverage with FIFA and Qatar, and speak out to try and achieve real, long-lasting change for migrant workers.

"We and our supporters want the legacy of the World Cup 2022 to be a positive one, not one where people are being horrifically exploited.

"We know that football can be a force for great good, let’s grasp this opportunity to demonstrate this on our biggest stage, the World Cup."

Russia confirms appeal to CAS over FIFA and UEFA expulsion

"It's only about money" - Cantona vows to boycott Qatar World Cup