Anthony Hamilton has withdrawn from the World Snooker Championships in Sheffield ahead of tomorrow's start, due to coronavirus concerns.

The sessions at the tournament are being held in front of a crowd of around 300 at the Crucible Theatre in the Steel City, with strict social distancing measures in place.

Nottingham cueist Hamilton, known as 'The Sheriff of Pottingham', qualified on Monday for the first time in 12 years after a 10-5 win over Scott Donaldson.

The 49-year-old suffers from asthma and had cited his concerns in recent days.

"Let’s say one person gets ill and dies from the Crucible – it’s one person who died for no reason at all, just for entertainment. I think it’s ridiculous.”

World Snooker Chairman Barry Hearn appeared to confirm Hamilton's withdrawal from the tournament speaking on talkSPORT today, with Kyren Wilson likely to now get a bye through to the second round.

"The damage people like Ronnie O’Sullivan do… and Andy Hamilton withdrew yesterday having gone through the qualifying competition. He just decided last night that he’s going to withdraw from the World Snooker Championships because he’s got asthma and he’s worried about his own health.

"Now, that’s completely understandable and not a problem, but the question I pose is: why did he not withdraw before the qualifying competition? Because by getting through the qualifiers he has effectively stopped someone else from going and earning a living.

"He’s not qualified to say ‘it’s ridiculous’; we’ve worked with government specialists, with the health bodies.

"He entered the competition knowing there were going to be fans present; why did he not withdraw then, instead of knocking someone else out?

"He knows the situation. He hasn’t had asthma that started yesterday; he’s had asthma and heath issues for some time, so don’t give me all that.

"We have to be positive and move forward with sport, or sport will be dead!" 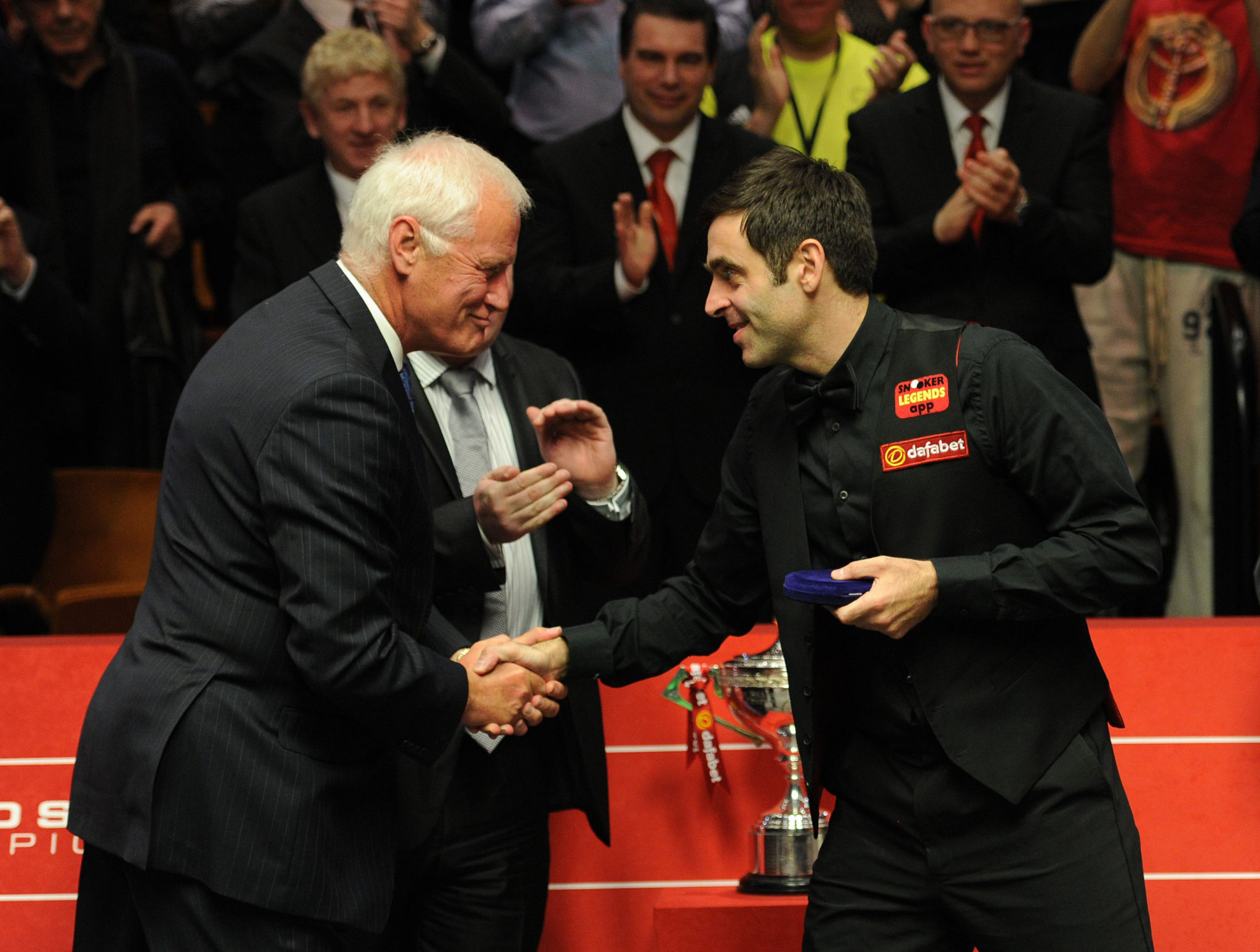 Five-time world champion Ronnie O'Sullivan has also been critical in recent days of the decision to have fans present in Sheffield, saying snooker players are being treated like 'lab rats'.

"I defy anybody if they have been keeping their distance from people for four months to say, oh right, now you've got to go into a room full of people - unless you have got a death wish, and some people have in many ways and they just don't care.

"But if you are one of these people that happens to care about your health and are taking it seriously, I totally get how [Hamilton] feels.

"I would feel a bit strange walking in a room with 10 people I don't know, and I have done. I didn't feel comfortable.

"So I totally respect where Anthony is coming from, and where other people are coming from - they want crowds in there, they want things back to normal. We have a choice - we don't have to go and play. We all run a bit of a risk.

"Maybe they have to start doing a test on crowds at some point and I've heard people say they're treating the snooker event a little bit like lab rats - you've got to start somewhere, start with snooker players.

"Less insurance to pay out for Anthony Hamilton than there is for Lewis Hamilton."

Hearn was scathing in his response to the Rocket when asked about his comments earlier today.

"You’ve got to love Ronnie O’Sullivan’s comments, they only come up every time he wants a bit of publicity, looks for a nice little angle. ‘Lab rats’ is a just a phrase to guarantee a headline, we get used to that with Ronnie, it’s not a problem.

"The fact of life is that sport, somehow, has got to start taking that journey back to normality, or the price we’re going to pay is if we don’t start generating some revenue these smaller events and smaller football clubs, for example, they’re going to go bust.

"The World Snooker Championship is an event that’s watched by 500million people and my job is to make it as attractive as possible, and as financially viable as possible.

"This year it’s not [financially viable], but the price of not doing the event and not beginning the road back to normality will destroy professional sport and with it the income and livelihood of the vast majority of players."

The 17-day event kicks off tomorrow and is set to run until Sunday, August 16th.

Judd Trump hits out at Anthony Hamilton for being "selfish"