5 things for horseracing fans to look forward to this weekend

As the flat season tapers off and the national hunt season kicks into gear, this weekend will whet the appetite of horseracing fans as the two seasons intersect.

Here are five things racing fans can look forward to:

The first Grade One in Ireland over jumps is the Ladbrokes Champion Chase at Down Royal. It's the feature event on a two-day card at the Ulster venue. The race has a couple of Gold Cup winners on the roll of honour with Don Cossack and Kauto Star both winning in the last decade.

The meeting is not just about the big race though, as Gordon Elliot often uses the meeting as a launchpad for his star horses. Samcro (remember him) will make his much-awaited chasing debut. The horse was a disappointment over hurdles last season where he suffered from a deep lung infection.

Few horses have created such intrigue in as short a career as Samcro, but last season was a crushing disappointment for his fans and connections. Friday should signal the resurrection of the second coming. 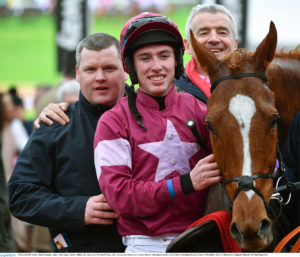 While Samcro is still a novice, Elliot's Gold Cup hope for this season is Delta Work. Third in last season's RSA Chase at the festival, Delta Work gets his season underway in the Ladbrokes Chase.

Some Cullentra bumper stars from last season are pencilled in to start over hurdles too, with Fury Road and Andy Dufresne among the entries for the weekend's maiden hurdles. While impressive Fairyhouse winner Daylight Katie steps into pattern company.

As Down Royal really signals the start of the national hunt season in Ireland, the Charlie Hall Chase at Wetherby is the first big race in the UK for many, despite the efforts of the Cheltenham marketing team.

While there isn't anything of the calibre of previous winners Cue Card, Bristol de Mai or Silviniaco Contiin the year's renewal. La Bague au Roi is a dual grade one winner and Colin Tizzard has high hopes for elegant Escape after his Welsh Grand National win last year.

The Irish turf flat season comes to an end at Naas on Sunday, with the jockeys' titles still theoretically up for grabs. Colin Keane and Donnacha O'Brien have been engaged in a gruelling battle for winners all year. 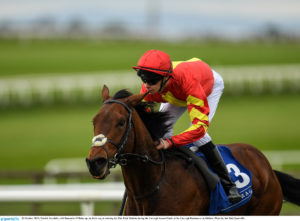 Keane will need to win at least half of the remaining 16 races of the season to reel in O'Brien, who currently leads by seven.

Aidan O'Brien will be crowned champion flat trainer for the 21st consecutive year.

They do it differently in America, and the Breeders Cup is one of the few racing events to have a truly global festival feel. While the quality has been diluted since it was changed to a two-day meeting, it is still brilliant racing.

Santa Anita, the spiritual home of the Breeders Cup, will again be the venue.

There will be plenty of European representation, although the challenge was dulled by the absence of Magical and Enable. Jessica Harrington's Albigna will look to give the Moone trainer a first Breeders Cup win, while Aidan O'Brien will be well represented across the two days.

It's surprising, given their domination elsewhere, that a) Aidan O'Brien has never won the @BreedersCup Mile and b) Chad Brown has never won the BC Turf. Circus Maximus and Bricks And Mortar could correct that for them this weekend.#BC19

It is the home challenge that is the strongest and the Classic on Saturday night brings the best American dirt middle distance together. This brilliantly assembled documentary is a nice way to catch up with the protagonists.

A group one on a Friday night is first. The fayre on offer at that time of the week tends to be at the lower end of the spectrum, although Dundalk have a listed race this Friday.

The Vertem Futurity trophy has been rescheduled to the Tapeta surface at Newcastle on Friday evening after Doncaster was cancelled due to waterlogging last week.

The race has become a bit of an afterthought with it falling outside the UK Championship season. However, the rescheduling has made for a far more intriguing contest. Originally all bar one of the runners were trained by Aidan O'Brien.

A field of 12 will line up on Friday, with five trained by O'Brien as he seeks a tenth win in the race. That would equal Henry Cecil's record.

Catch this week's Friday Night Racing, in association with Horse Racing Ireland, on OTB Sports Radio and across Off The Ball's social channels every Friday at 3pm, and repeated at 8pm