Khadijah Mellah, an 18-year old student from Peckham made history at Glorious Goodwood this afternoon.

She was aboard Haverland to claim the Magnolia Cup, the race that traditionally opens Ladies' Day at Glorious Goodwood.

Mellah became the first woman to compete in a hijab at a British race meeting, and her victory was all the more impressive given the fact that until April she had never been aboard a racehorse.

The teenager was no stranger to horses but, as she explained to Racing TV after the Magnolia Cup, horse racing was a completely new discipline to her, "I did sort of normal flat dressage, school jumping. And then I was approached by [ITV Racing's] Oli Bell to try doing the race."

Before her meeting with Bell, Mellah had been working with Brixton's Ebony Horse Club, who provide equine opportunities for South London's disadvantaged communities.

Mellah says she got the bug as soon as she rode out at Newmarket, "I started about 2-months ago doing racecourse training, and mixed it in with all of my other commitments.

"I ended up for a month and a half in Newmarket doing three lots a morning." 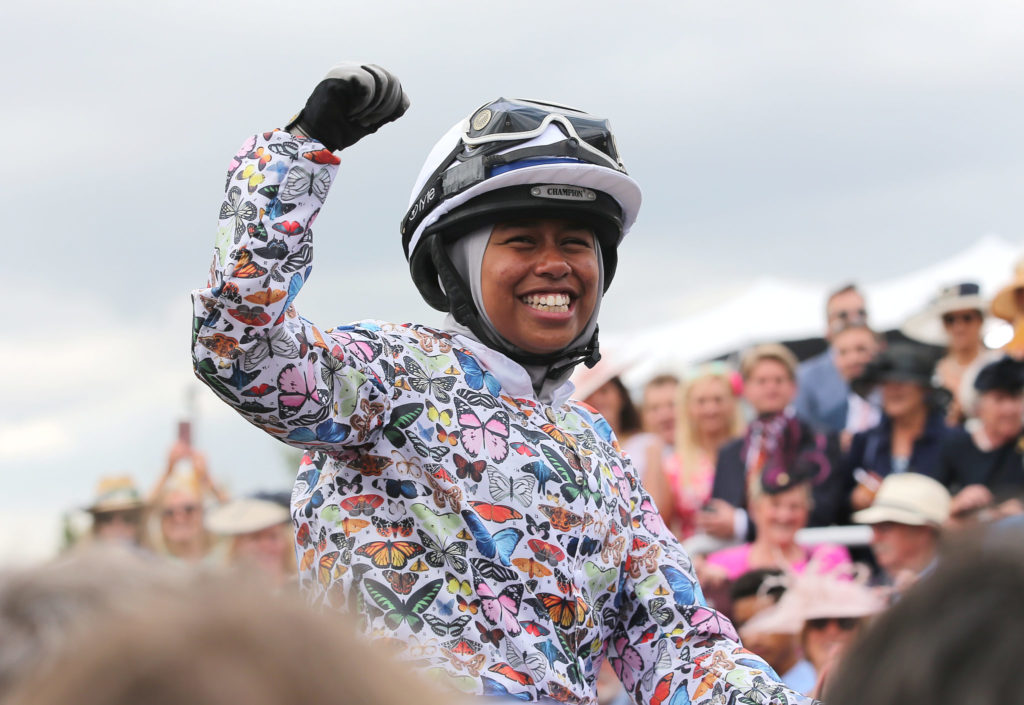 Khadijah Mellah after winning the Magnolia Cup on Haverland during day three of the Qatar Goodwood Festival at Goodwood Racecourse, Chichester.

"The Ebony Horse Club were like, 'we'll support you', and I just started riding out. It was very difficult initially, I had quite a few mishaps. But as soon as I got the hang of it, I started enjoying it loads and I want to continue riding out and I love it."

University is supposed to be on the horizon for Mellah, but she also wants to pursue getting her jockey's licence, "I did say to [trainer] Charlie [Fellowes], 'next week hopefully I'll be back again'".

The 18-year old admits the transition from dressage as a past-time to horse racing has not been the easiest, "The first session didn't go too well, and I've been run-off with a couple of times. I've fallen off three times, and there have been moments when I've been like, 'is this for me?', but I can't get away from it to be fair"

Roared down the hill by the Goodwood crowd, and greeted by her friends in the winners enclosure, Mellah was overcome by the reception, "Amazing, I love Ebony [Horse Club] and I love all the people that have been around me, my family and I'm so glad that I've done everyone proud".