On Football Saturday, Delaney warns that the FAI should consider the full picture when deciding on Kenny's future.

Former Crystal Palace and Hull City defender Damien Delaney thinks Stephen Kenny still has to prove himself before he secures a long-term contract as Ireland boss.

Kenny's current contract runs until July 2022, which would see him leave with two games remaining in Ireland's Nations League campaign.

The FAI were set to review Kenny's contract situation at the end of Ireland's World Cup 2022 qualifying campaign, which they rounded off with a 3-0 win over Luxembourg last month.

Many, including players such as Jason Knight, have called on the association to offer the manager a new deal before next March's friendlies.

However, Delaney warns that the FAI should consider the full picture when deciding on Kenny's future.

Speaking on Football Saturday, Delaney said some of the results and performances under Kenny have left a lot to be desired.

"It's hard to say, but he's set something in motion and he's trying to make changes," Delaney said.

"We've seen enough for him to get a crack at a full Nations League campaign and see if it keeps developing."

"There were parts of this qualifying campaign that were wholly unacceptable for a variety of reasons. The losses, and some of the performances, were pretty poor."

"For me, he dug it out the last three games. We got performances and we got results."

"Is that enough to get him a four-year deal? I'm not sure."

"But I think [he deserves] a full Nations League campaign and next summer, if we are still improving and the green shoots that are coming through are beginning to blossom, then absolutely I'm with him."

Delaney: "We could've ended bottom of the group"

Delaney argued that the highlights of the campaign do not completely obscure the low points.

"I just think you can't overlook certain parts of the last campaign", Delaney said. "Up until the last game, we were in with a shout at getting bottom of the group, which is actually unacceptable."

"But he had done enough, I think, to warrant a one-year extension."

"So I'm not quite with Liam Brady, where he said to keep him until the summer, but I'm not so deliriously happy that he should get a two, three, or four-year deal." 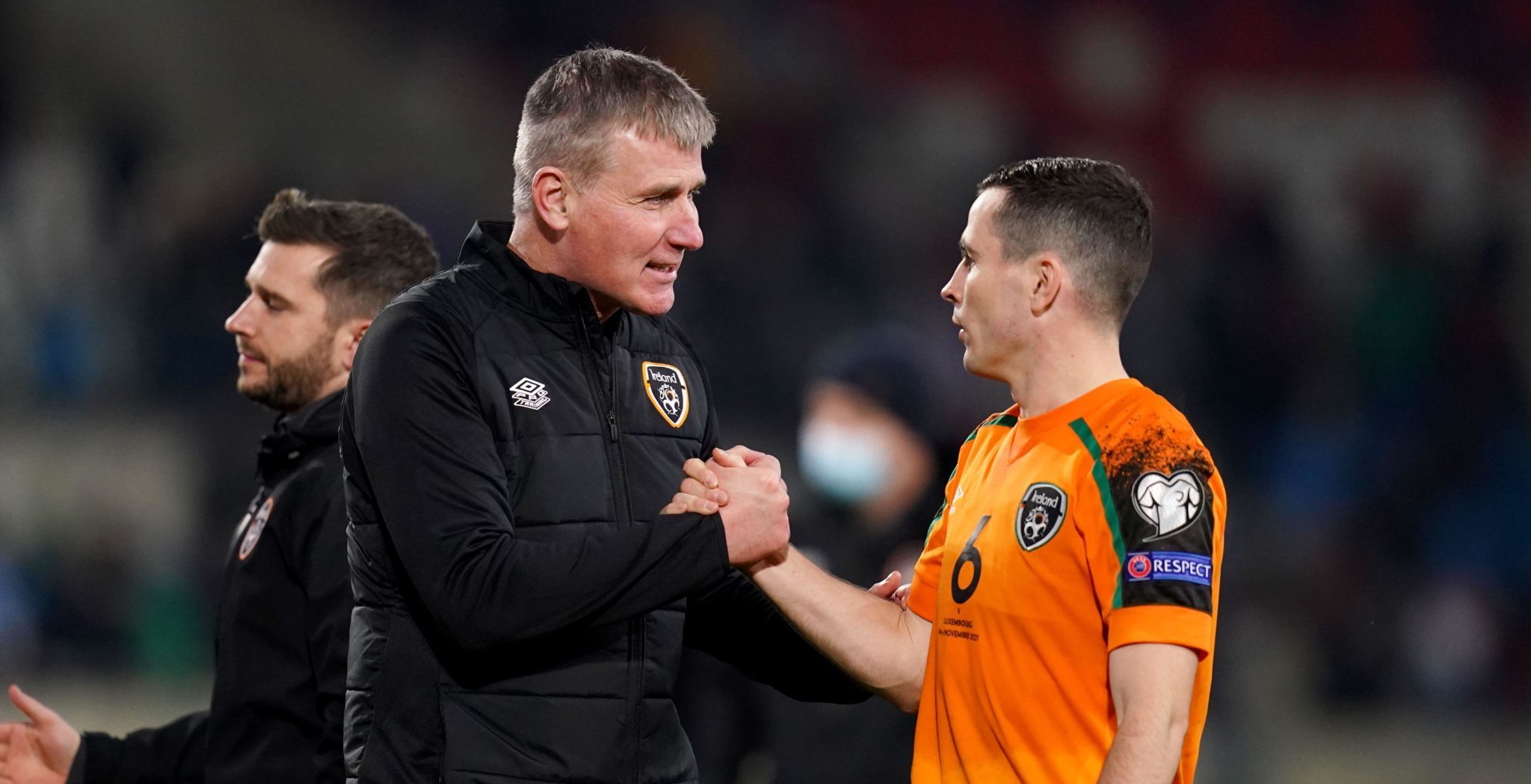 "You have to take out the emotion, look at the hard facts"

Delaney also stresses that the good vibes around Kenny from players and fans cannot distract the FAI from making an informed decision.

"The people who are deciding on Stephen's contract have to take the emotion out of it and look at the hard facts."

"Realistically, he lost some games that he shouldn't have, and there were some really poor performances in there. His only wins are against Qatar, Azerbaijan, Luxembourg, and Andorra."

"If you give that ultimatum to the FAI and you think you have that leverage, and the FAI call your bluff, where do you go from there?"

"Realistically, it's back to the League of Ireland for Stephen Kenny - or possibly Scotland.

"He's got a lot of goodwill from the Irish public, but the FAI could probably ride that storm out if they got another big appointment or someone to placate the fans after the unrest of Stephen going."

"I don't think either Stephen or the FAI are in a good negotiating position, so I think a fair middle-ground is a full Nations League campaign."