"Carlos Alberto told me to f*ck off!" | John Giles and the World Cup final freebie

John Giles had a front-row seat for the best goal ever scored in a World Cup final - having been told by its scorer to 'fuck off!'

Giles joined Off The Ball in his usual Thursday night slot, for a discussion that was anything but usual.

He was picking his 'Rest of the World' XI of players that he played against - a list that includes Cruyff, Maradona and Beckenbauer - and it was the World Cup final in 1970 that caught the eye.

"I played against Carlos Alberto when he was at New York Cosmos and I was playing in Philadelphia," said Giles.

"He was a tough nut. He could play but he could get stuck in as well.

"We had Fran O'Brien playing - he played for Bohs but was transferred to Philadelphia. He was playing left-back and Alberto was playing right-back.

"Fran was a good lad, an honest lad and a bit innocent. He knocked the ball past Alberto and Alberto gave him such an almighty smack! Fran didn't know what had happened, he was just learning it."

Just as well Fran had someone looking out for him.

"I was close to him and said 'don't go picking on someone like that.' He could speak English alright, he told me to fuck off!"

It was a few years earlier that Giles was watching Alberto score what is considered the greatest goal in World Cup history, to beat Italy to the 1970 World Cup.

"I was at the match! I got a freebie trip from a magazine that were inviting people who bought their magazine to pick their team. If you were picked in the team then you got a trip to the World Cup!

"Some lads from Northern Ireland were on the trip as well; Billy Bremner and I had a great trip to Mexico!" 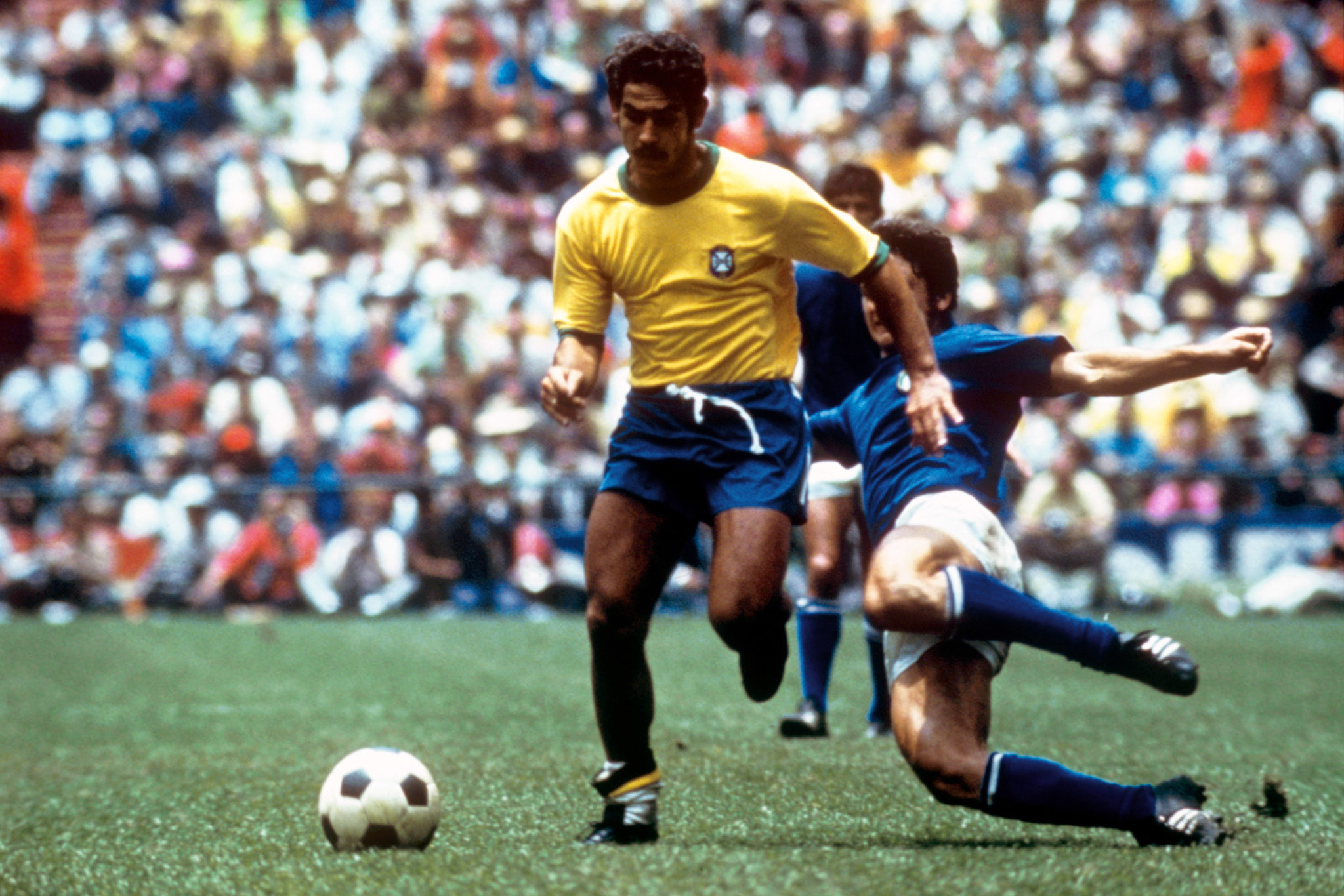 As for what he saw in that famous 4-1 win over Italy, Giles was very impressed.

"They were an outstanding team. They had Pele at his best, who could win matches on his own!

"They were terrific players and well deserved to win - they won it in style."

As for Pele himself, Giles did not play against him but did speak to him.

"He finished by the time I played against Brazil - he retired after the World Cup in 1970.

"But I met him in Dublin when I was with the Irish team and they brought him up to where we were training, for a couple of photographs.

"I was saying to him: 'Would you ever go into management?' 'No - no management!' he said.

"Didn't fancy it, but he was a very modest guy."

Well, at least he didn't tell him to fuck off.

Merseyside police "ready" for any home Liverpool or Everton games