Pogba and Fernandes are as dangerous as any attacking midfield axis in world football, according to former-Ireland captain Kenny Cunningham.

Speaking to Off The Ball's Saturday Football Show, he highlighted the damage he thinks the duo could do at the front of a midfield triangle.

"If they play consistently in that position for Manchester United from the start of next season, you are looking at two midfield players who probably guarantee 20 or 30 goals and probably the same in assists. That is absolutely huge.

"That's as good as any pairing that you'll see in World Football. You can include Liverpool in that. Liverpool could not compete with midfielders of that quality." 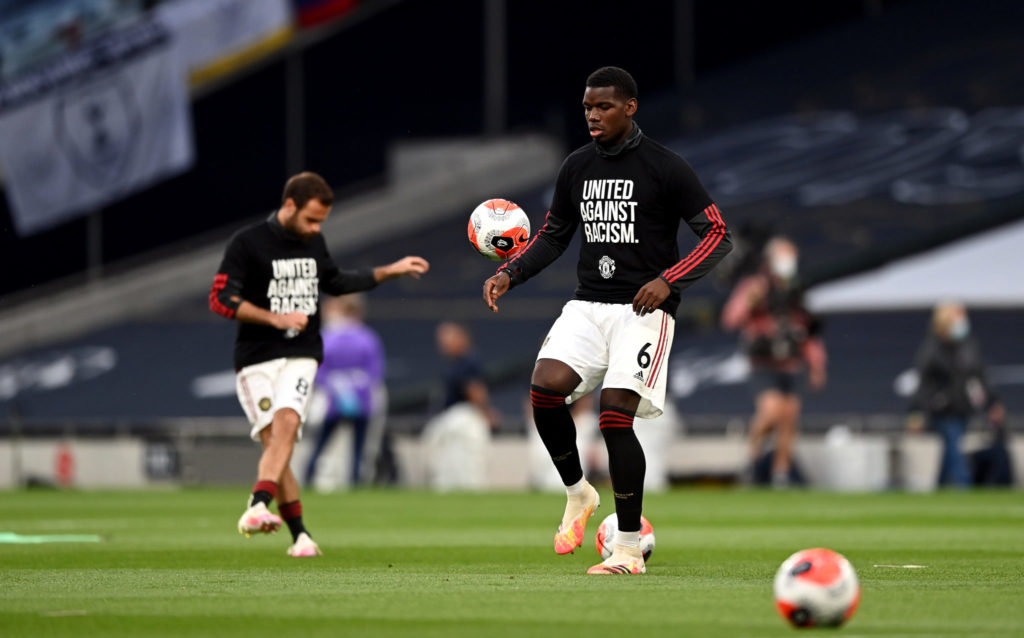 Manchester United's Paul Pogba wearing a United Against Racism t shirt as he warms up before the Premier League match at the Tottenham Hotspur Stadium, London.

He continued to explain that their distribution and cutting passes would allow Man United's attack to play on the front foot.

Cuningham warned that without this passing threat, Man United's attackers drop deep to get involved. The weapons Pogba and Fernandes possess mean the whole team can play further up the pitch, while a more limited midfield will drop deeper. 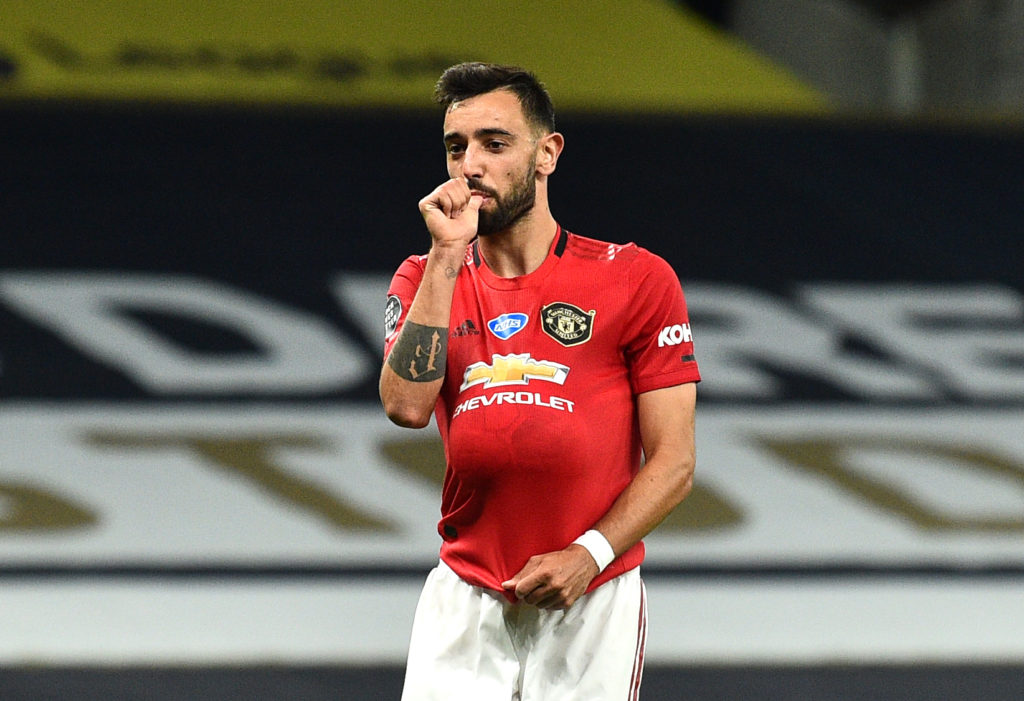 Manchester United's Bruno Fernandes celebrates scoring his side's first goal of the game from the penalty spot during the Premier League match at the Tottenham Hotspur Stadium, London.

"They are lethal - in terms of their ability to beat people in one-vs-one situations, picking the right pass, getting into the box and finishing."

He added, "There's no two midfielders in the world, that I can think of, [who] can match the numbers that Pogba and Fernandes can give to Man United going forward.

Keeping Pogba and Fernandes together...

However, the former-footballer added that keeping Paul Pogba at Man United will be a big ask.

The World Cup winner, who was returning from almost 6-months on the sideline, was kept on the bench until the 60th minute last night before lighting-up the tight fixture. 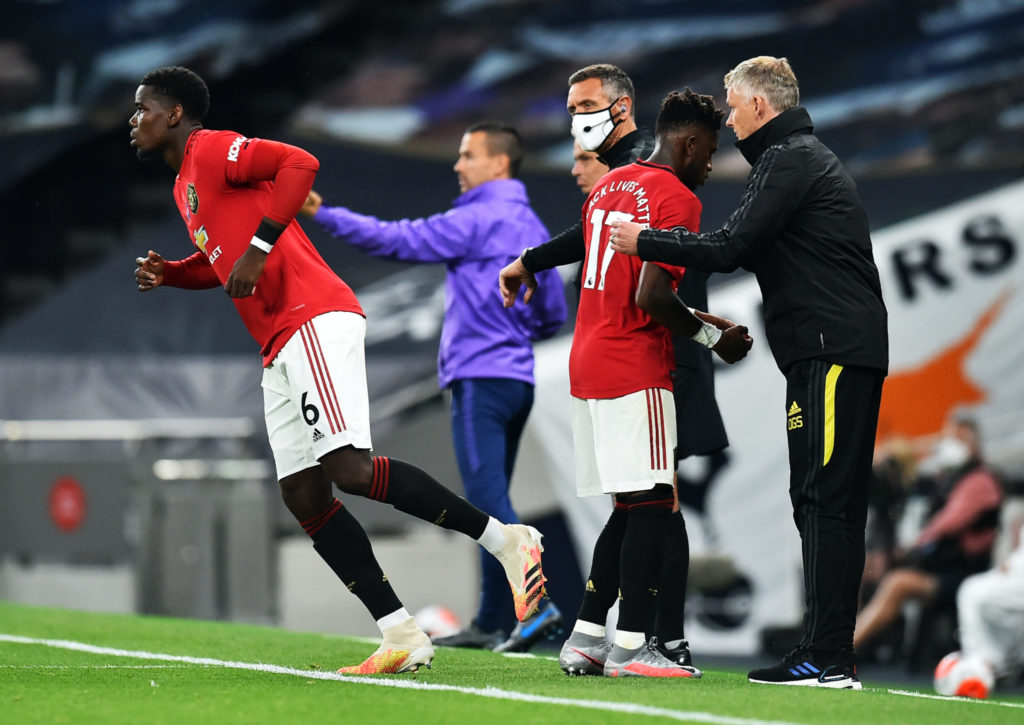 Manchester United's Fred is substituted for Paul Pogba (left) during the Premier League match at the Tottenham Hotspur Stadium, London.

Cunningham warned that Ole Gunnar Solskjaer and the club need to do all that they can to keep him - and that not starting him was a poor decision.

He believes that the Man United boss cannot frustrate Pogba by keeping him on the bench if he's fit - and that if he'd played from the start Man United may have left London with all three points.

The 72-cap Irish international concluded that Solskjaer needs to make "one more big push," to convince Paul Pogba to say.

He argues that if Man United keep him, "They not only can qualify for the Champions League going forward - but can actually compete very quickly for the Premier League title."

John Duggan's football tip of the week | Back Seagulls against Foxes