While the world has been receptive to the World Cup in France according to viewership figures, the best remains yet to come as the top sides move closer to facing off against each other.

A week and a half in, current holders, the USA, look promising having won both their games, scoring 16 and conceding none but World Cup analyst and former Wexford Youths player Ruth Fahy still thinks the world champions could falter when they inevitably face stronger opposition.

That is the same situation most of the tournament’s top teams find themselves in at this early stage, Fahy explained on Monday’s OTB AM.

With two wins from two and all the typical hype that surrounds an England team at a World Cup, Phil Neville’s side has faced some criticism for their uninspiring performances.

And despite the wins, Fahy thinks the Lionesses don’t look like they can go all the way in France.

“They don’t give that feeling of, yeah, this is a top World Cup team”, Fahy said on Monday.

“I don't feel like they are definitely going to be contesting. They may get to a semi-final but in terms of performances so far they haven't shown enough for me yet.”

However, Fahy faceted that view with the fact that this was tournament football with the most important aspect being three points in every group game. Something they have achieved so far and will allow them to grow into the tournament, Fahy noted.

As already mentioned, even with the attacking masterclass already seen from the USA there are still question marks surrounding the wider health of the current world champions.

“We just don't know exactly how much they might struggle”, Fahy said referencing the permutations that could arise when the USA face another one of the tournament favourites - most likely France in the quarter-finals.

Fahy highlighted the USA's back four as the side's main potential frailty.

“What we have learned is a little more about their character, about how competitive they are which is fine but that's something they have always been. But in terms of being tested defensively  – because that's what we had highlighted as their issue – we still just don't know.”

The USA’s next opponent is Sweden who will give a stronger indication of any defensive deficiencies the USA might have after Sweden put five past Thailand last weekend. 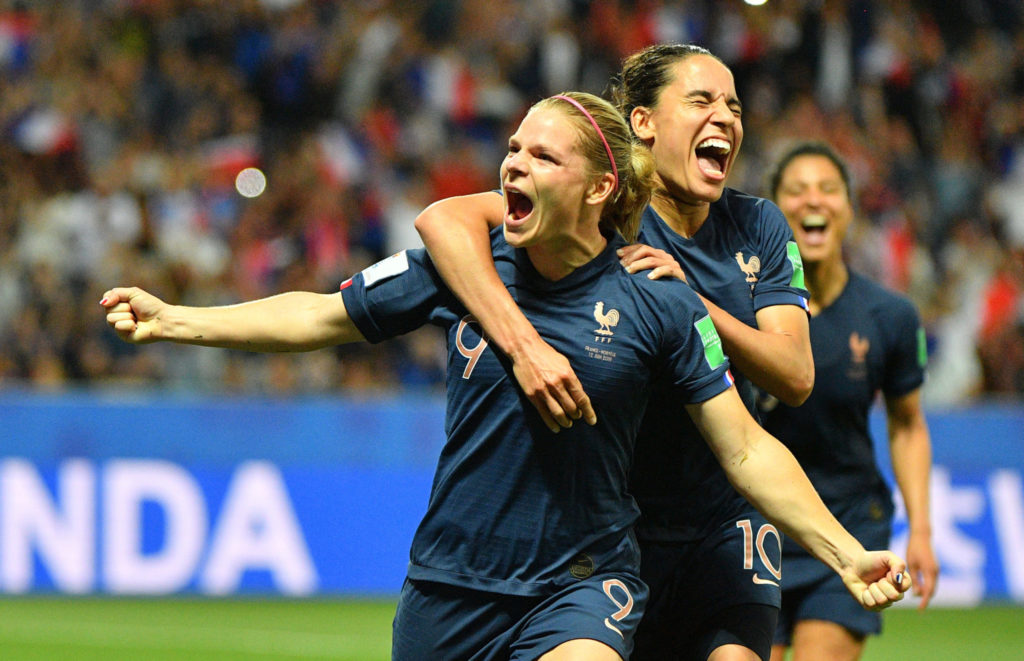 France's Eugenie Le Sommer during the group A match between France and Norway.

The competition hosts opened the tournament with what Fahy described as “blistering pace”,  beating South Korea 4-0.

“The football they played was absolute quality. It showed how the game can be played when you have the best players on your team”, Fahy said of the curtain-raiser.

Their second game against Norway though, was a much closer affair. A very favourable VAR decision gifted the hosts a penalty and helped them to a 2-1 win. The French are expected to beat Nigeria tonight, to then face France in the quarter-finals where one of the tournament favourites will face elimination.

The Dutch had a slow start to their tournament taking 92 minutes to open the scoring against New Zealand in their first match.

In their second game, the Netherlands overcame Cameroon 3-1 with 22-year-old striker Vivianne Miedema scoring a record 60th for the Dutch.

That performance and with their top players looking at their best, Fahy, who at first doubted the Dutch as contenders, said on Monday that the Oranje look like the one team “who are really growing into the tournament.”