Premier League club Wolves have announced on Tuesday afternoon that striker Raul Jiminez was discharged from hospital at the weekend.

The club's top scorer has been in hospital for over a week recovering from surgery to mend a fractured skull that he suffered in the league meeting with Arsenal on 29 November.

Jimenez was involved in a serious clash of heads with Arsenal centre-back David Luiz and after being tended to on the pitch, was taken to hospital where surgeons operated on him that night.

"Some good news from over the weekend... Raul Jimenez has been discharged from hospital and is now resting at home with his family," read the message.

Some good news from over the weekend...

Raul Jimenez has been discharged from hospital and is now resting at home with his family.#FuerzaRaul pic.twitter.com/0kjC54TqXG

The Mexico international took to Twitter himself the night after the operation expressing his desire to get back playing again.

"Thanks for your support messages. I will be under observation and I hope to return to the pitch soon," read his short message. 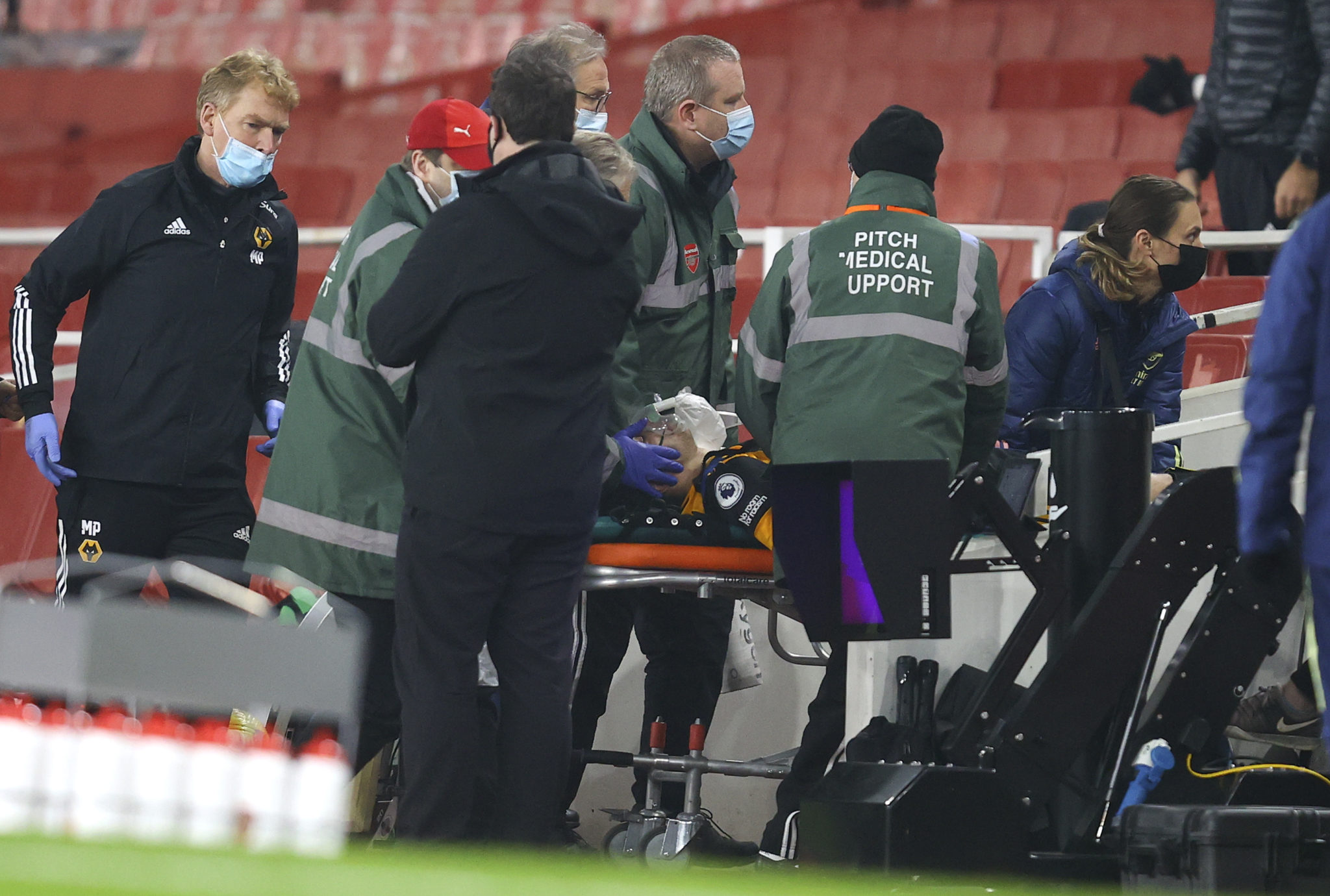 Wolverhampton Wanderers' Raul Jimenez is carried from the field on a stretcher after a head clash with Arsenal's David Luiz during the English Premier League soccer match between Arsenal and Wolverhampton Wanderers at Emirates Stadium, London, Sunday, Nov. 29, 2020. (Julian Finney/Pool via AP)

His manager Nuno Espirtio Santo has been reluctant to put any timeframe on a possible return for the 29-year-old.

The Portuguese was speaking after the 4-0 Premier League defeat against Liverpool last Sunday evening at Anfield.

"He’s recovering but he’s been in contact with all his team-mates, like he was before. The only thing is that he’s not here with us, that’s the only thing that’s missing," he said.