Two weeks ago, Lionel Messi, three minutes after being sent on with Barcelona trailing Real Betis...

Two weeks ago, Lionel Messi, three minutes after being sent on with Barcelona trailing Real Betis 1-0, found the net with a low drive after receiving a cutback from Ousmane Dembele.

Within ten minutes, an exquisite, hair-splitting pass found the overlapping Jordi Alba who squared the ball for Antoine Griezmann who made a mess of the finish but the ball bundled over the line anyway.

That half an hour cameo against Betis was a reminder of the other-worldly gifts that Messi still possesses. His double against Deportivo Alaves last weekend was another showcase of his ability to bend certain games to his will. 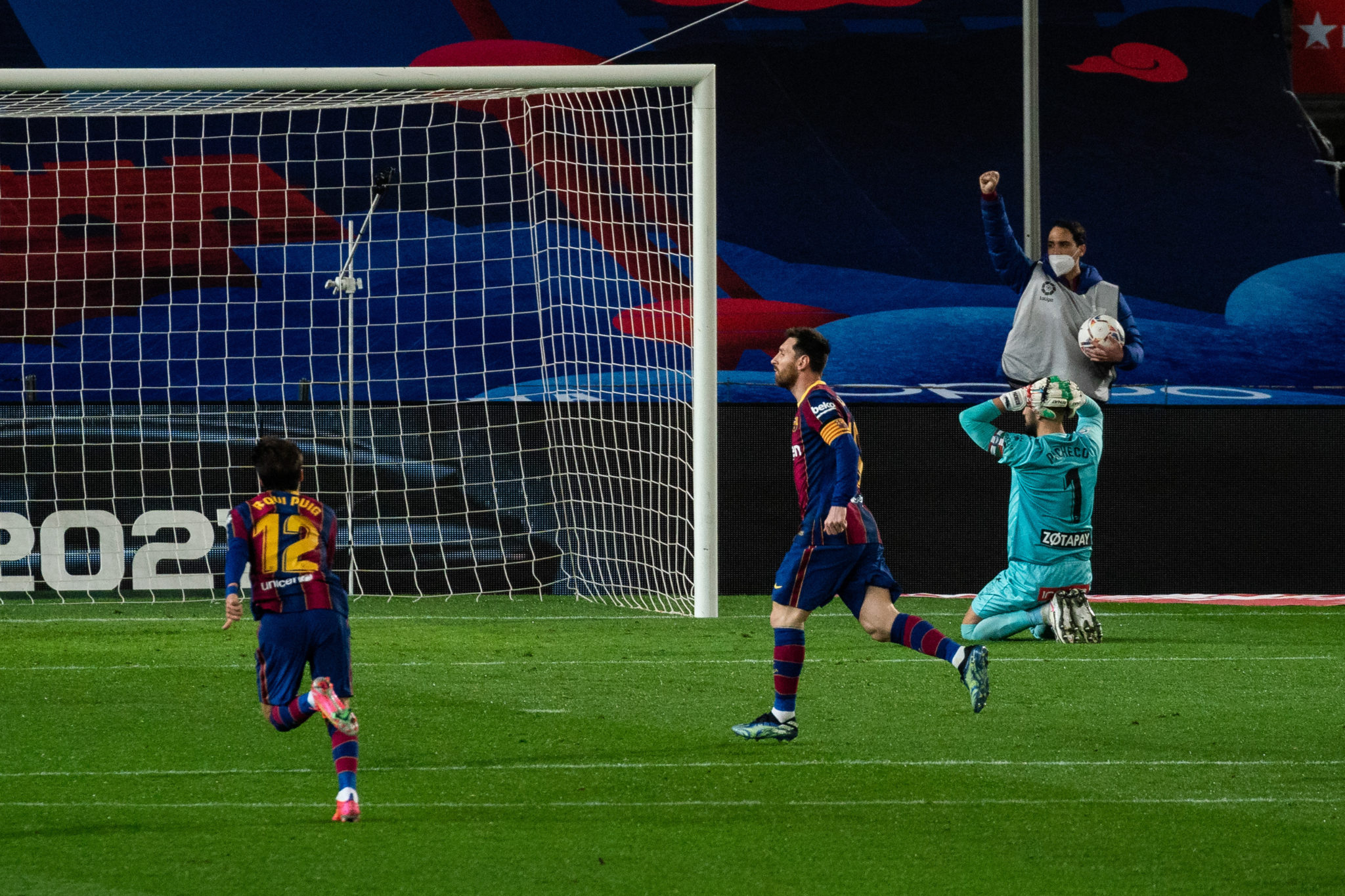 On Tuesday evening at the Camp Nou against Barcelona, Messi, like everyone else, could do little but watch as Paris St Germain's, Kylian Mbappe stamped his authority on the occasion.

The young Frenchman dazzled, capping the performance with a hattrick which all but ensures Barcelona's exit from the Champions League at the round of 16.

If anyone is the heir apparent to Messi's throne atop of the football world, Mbappe surely is that man.

At 22, Mbappe still has the athleticism to routinely bury teams on a Saturday in Ligue 1, while taking over a game in the Champions League midweek.

At 33, with a wilting team around him, Messi does not have that luxury. 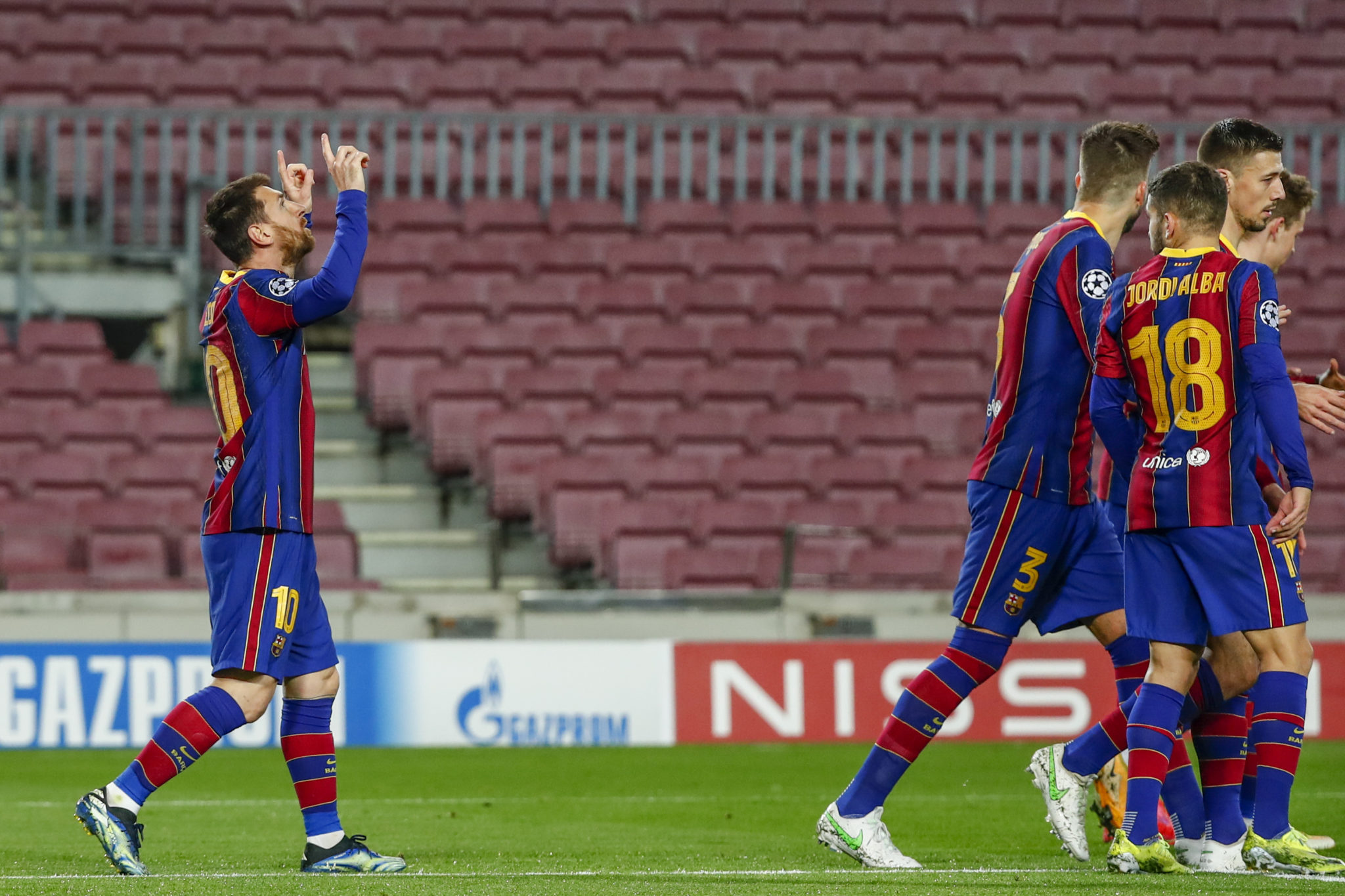 Having started in 18 games in La Liga out of a possible 20 to date, it is quite clear that in order for Barca to retain any semblance of competitiveness Messi has to be in the team.

Ronald Koeman's men simply do not have the collective ability to ensure victory without their talisman in the side.

Even still, with Messi, they have come up short in plenty of Barcelona's important games this year.

Losses to Real Madrid and Atlético in the league, to Athletic Club in the Spanish Super Cup and a recent 2-0 defeat to Sevilla at the Ramon Sanchez Pizjuan illustrate that even with the Argentine appearing from the start, Barca are not guaranteed victory any more.

Teams are able to sense their vulnerability.

Against Paris St-Germain, Messi spent much of the game dropping deep, looking to get on the ball, seeking to control the tempo of the game, something that has eluded Barca for what seems like an eternity.

It was from this position that he picked out the box-bound Frenkie de Jong that won Barcelona a penalty in the first half.

Aside from that, his influence on the game was non-existent, something that the BT Sport studio picked up on at halftime as they waited for Messi to spark Barcelona into life.

Ultimately Messi could not do that.

It would be unfair to pin another embarrassing Barcelona result in Europe on Messi's shoulders. 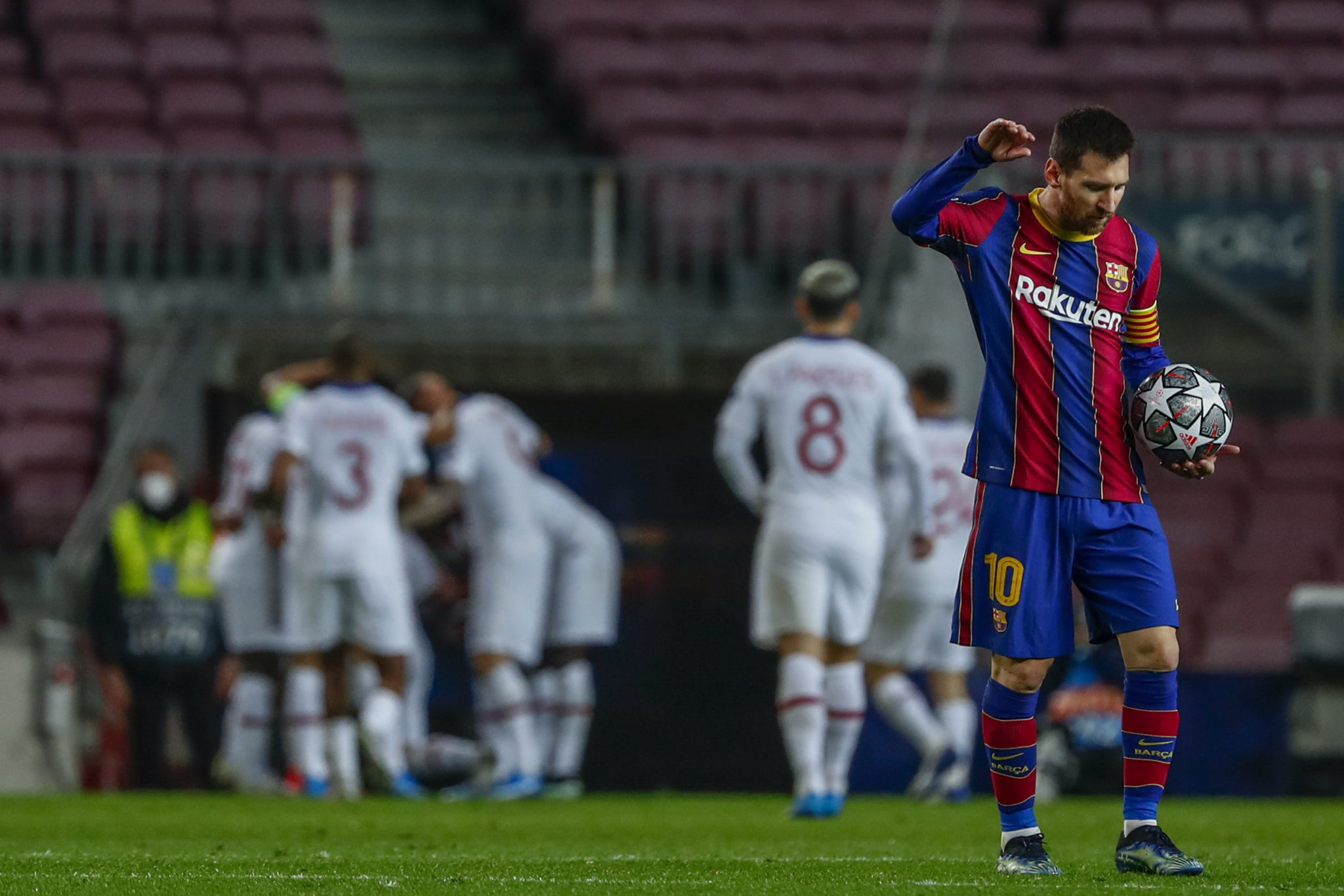 As Carl Anka of The Athletic pointed out, "similar to the 2018 World Cup encounter between Argentina and France the meeting of Mbappe and Lionel Messi was ultimately won by the better team with the better manager.

"After so many years looking like the most unstoppable individual to ever play the game, Messi was defeated by a greater collective."

That is the crux of the issue with Barca.

At this point, their ageing old guard are unable to meet the necessary physical demands to compete at the very top of European competition.

Exciting players coming through such as Pedri, Francisco Trincao and Sergino Dest are simply too young to be burdened with the task of dragging this team back to where they once were.

That leaves Messi, dousing fires in games where he should be afforded rest.

It is wonderful to see him curl one into the top corner in Spain every other week but is it in Barcelona's best interest?

The team needs an overhaul, something that they cannot enact due to the financial strife they currently face.

For Messi, this loss was another reminder of how far adrift his club are from capturing the Champions League that he so desperately covets. 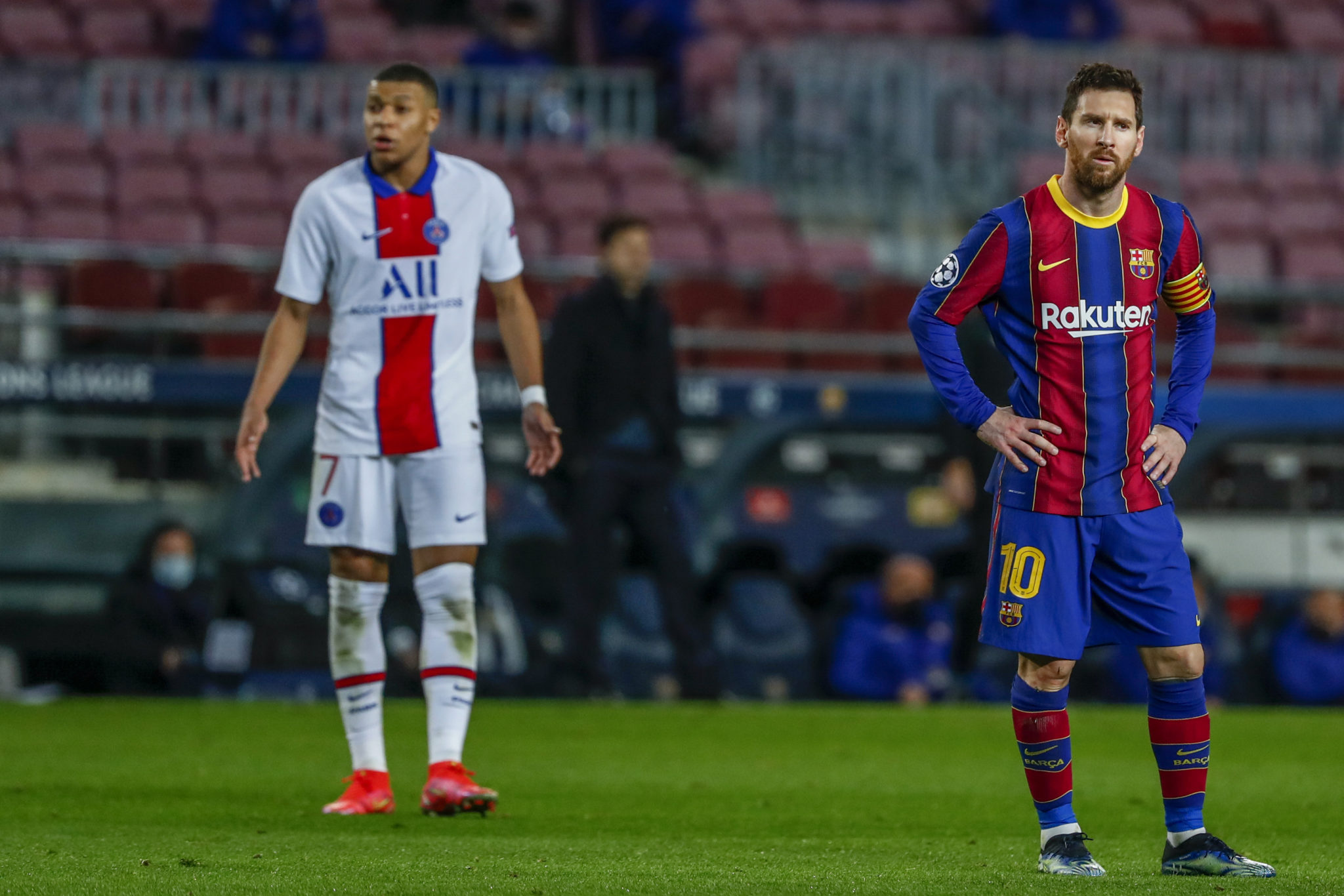 Curiously, the latest humiliation for Barca came at the hands of one team that might be able to afford his huge wage and offer him the opportunity to preserve his body for consequential games that come toward the end of a gruelling season.

France Football's decision to plaster its front cover with a mock-up photo of Messi in PSG colours drew the ire of all connected to Barcelona.

Tuesday's loss will only add fuel to that fire that he may yet leave and the Parc des Princes seems like an attractive destination.

The prospect of Messi and Mbappe linking up with one another on the same pitch is an alluring thought for fans, and for the Argentine as he ponders his future over the next few months.

While his decision remains unclear, one thing is certain.

At Barcelona, Messi will not have the legs to take over games late in the season if he is routinely forced to run into the ground against the likes of Betis and Alaves.

This may mean he will be surveying his Paris surroundings on March 10th with increased interest.