Why Istanbul Basaksehir are unpopular in Turkey

If you know Turkish football, you know fans are passionate about their rivals. For Istanbul Basaksehir to be especially unpopular among the football masses in the country, their story must be special.

Manchester United share a group with some of the most hated clubs in the world in this season’s Champions League. While Paris Saint-Germain’s Qatari ownership and Red Bull’s creation of RB Leipzig are well established, less is known about the Turkish champions’ origins on this side of the globe.

Despite introducing new competition to the 'big three' - Fenerbahce, Besiktas, and Galatasaray - in Turkey, Basaksehir’s new rivalry is not a welcome one.

Winning their first Super Lig last season, 30 years after being founded, the club has had the lowest average fan attendance since arriving in Turkey’s top flight in 2007. According to Transfermarkt.co.uk, just 2,859 fans attended their games on average the last time a season was completed with fans allowed to attend each game.

So why are they so divisive for Turkish football supporters, and can they pose a threat to Manchester United’s unbeaten start in tonight’s Champions League clash?

İstanbul Büyükşehir Belediyespor was founded in 1990, before being renamed Istanbul Basaksehir in 2014. The club was created by the mayor of Istanbul, who merged three amateur clubs.

The decision by a politician to create a new force in Istanbul’s football scene was unclear, with the ‘big three’ hailing from Turkey's biggest city. This caused dislike to grow among Turkish football fans from the early stages.

The club quickly moved from the amateur leagues to Turkey’s second division in 1993. After many years of finishing between promotion and relegation, ‘IBB’ was promoted to the Super Lig in 2007, when they decided to move to Istanbul’s 76,000-seater Olympic Stadium, the location of famous Champions League triumph. This move was completed in spite of the club having just hundreds of fans attending games regularly.

Despite receiving little support, the local government was funding the club’s rise in Turkish football. Fans of other clubs were paying taxes to pay the wages of their new rivals, which did not go down well with most supporters from Istanbul.

‘IBB’ were standing out due to their location, as John McManus explained on theblizzard.co.uk: “It might seem odd for a professional sports club to be formed with taxpayers’ money, but this has long been common practice in Turkey. It is unclear why those in charge of Istanbul felt the need to support a professional football branch in a city that was already home to Galatasaray, Fenerbahçe and Beşiktaş,” McManus said.

After being relegated from the top flight in 2013, and winning promotion in 2014, the local government relinquished the club as a solution to unrest from the public regarding the club. They handed ownership to the Ministry of Youth and Sports, causing more of an unpopular opinion directed towards the club.

Under new ownership, the club was renamed, and given a new 178 million Lira (€17.8 million) stadium. The new stadium was located in the Basaksehir district, which has close ties to the Turkish president. The club began recruiting fans in the district, and has seen an increase in attendances in recent years.

As a result, they are gaining an increased following from young fans in Turkey. In 2016, Basaksehir supporter Alepren told BBC Sport: “We started to support the club to show that there is another way”, referring to violence among Turkish football fans.

“We wanted to show it's possible to follow football without conflict… I feel good when I say to people that I support Basaksehir," Alperen continued.

Many view the situation differently in Turkey. Arda Alan Isik, columnist at Daily Sabah newspaper told ESPN FC: "The fans, who call themselves Boz Baykuslar (Grey Owls), are mainly university students who kind of mocked Turkish football by supporting a municipality team that has no fans and no history".

The nation's leader Recep Tayyip Erdogan, a former footballer, made a return to the pitch in Baseksehir’s opening game at their new stadium in 2014. Scoring a hat-trick at 60 years of age in the exhibition game, some might guess the players around him were not playing at full capacity against their president. The club retired his number 12 jersey after the game.

As the conflict of interest was apparent, so was the club’s intent to compete for trophies. With government backing, the club signed several international players on big wages, such as Nacer Chadli, Emmanuel Adebayor, and Gael Clichy. The club has also invested heavily in facilities and in their youth sides. 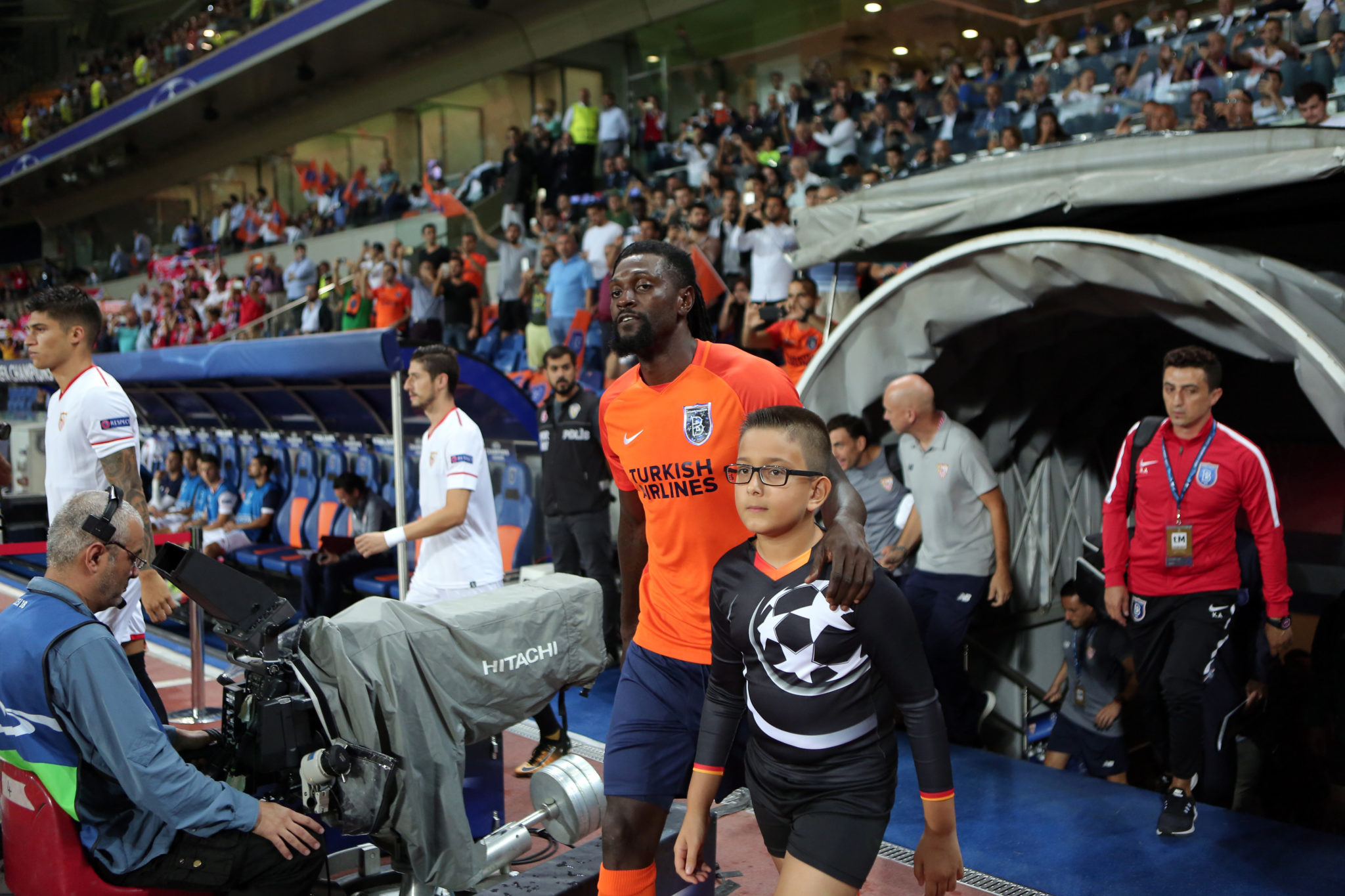 Despite winning a league title, sociologist at The University of Huddersfield, Daghan Irak, told Ahvalnews.com that Erdogan has not succeeded at Basaksehir: “Başakşehir is trying to replace a certain fandom culture but no matter how many titles they win, they are still a failed project because the project isn’t about winning championships, but changing the culture”.

Başakşehir is a champion that plays for empty stadiums. It’s the best time for them to win because nowadays every stadium is empty,” he continued.

Can they beat Manchester United?

Currently, the Super Lig champions have no points in Group H, after two consecutive 2-0 defeats to Leipzig and PSG. 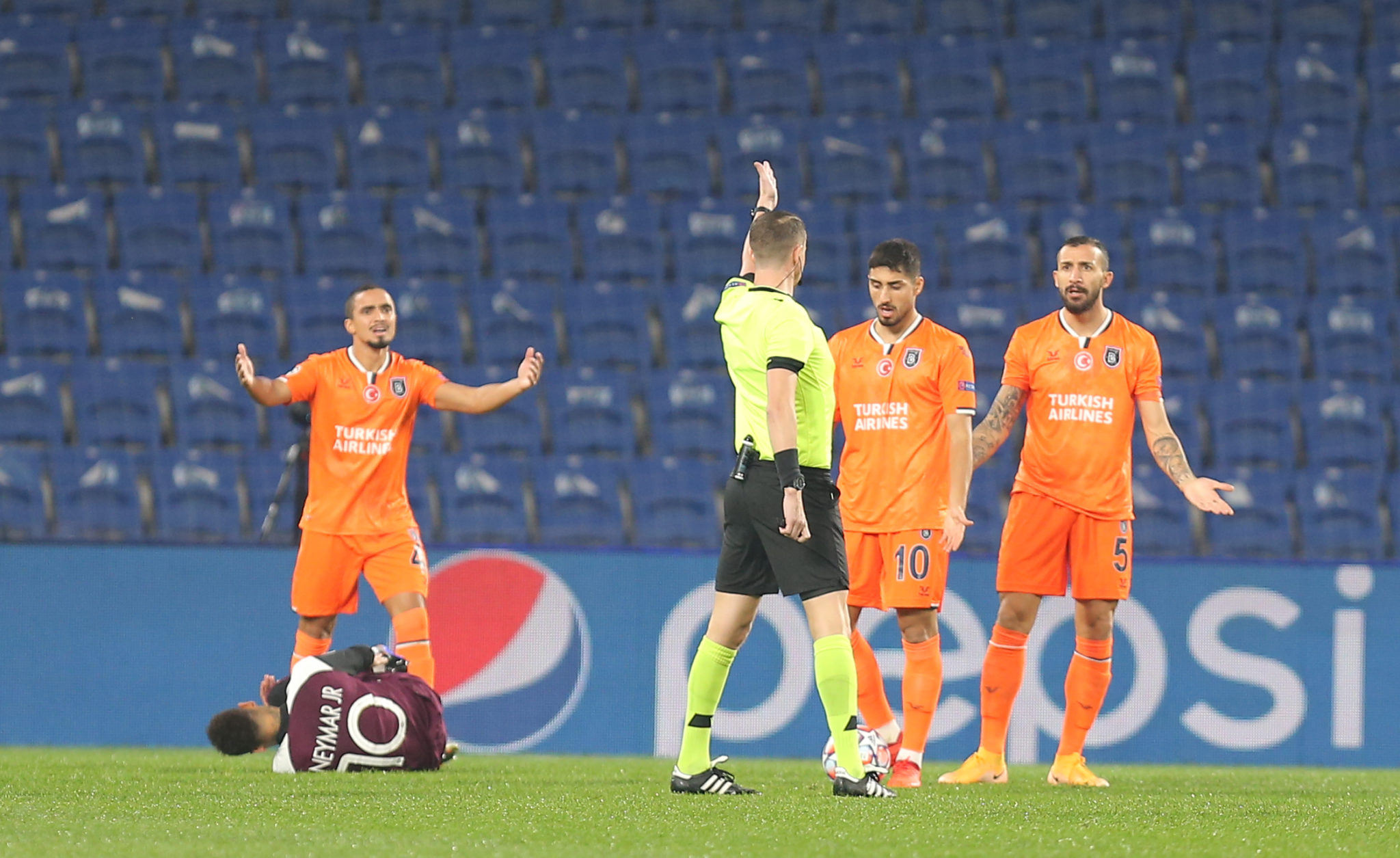 Okan Buruk’s side is on a three-match winning streak domestically. United have failed to win a domestic game since October 17th, despite impressive victories to date in Europe against PSG and Leipzig.

Although there will be no fans present, trips to Turkey have proven tricky for the Red Devils, as they have won three and lost three of eight trips to the country.

United will need to perform to avoid an upset at the hands of the side led by the likes of former Premier League players Demba Ba, Rafael, and Martin Skrtel.

They will have most of Turkey rooting for them.