Everton looked to move into the top two of the Premier League table with a win over the Hammers, however the Toffies were kept out by Moyes' men, losing 1-0 at home.

Speaking to BT Sport after the match, Moyes praised his side's ability to keep playing to the best of their ability, despite the packed festive schedule.

"To come to Goodison and get three points and to play as well as we did, we did a really good, professional job tonight," Moyes said.

"The players have played three games in six days. They've been amazing. I don't think you would have said there was any difference in how their fitness looked or how they were.

"So, great credit to the players for the way they have gone about it." 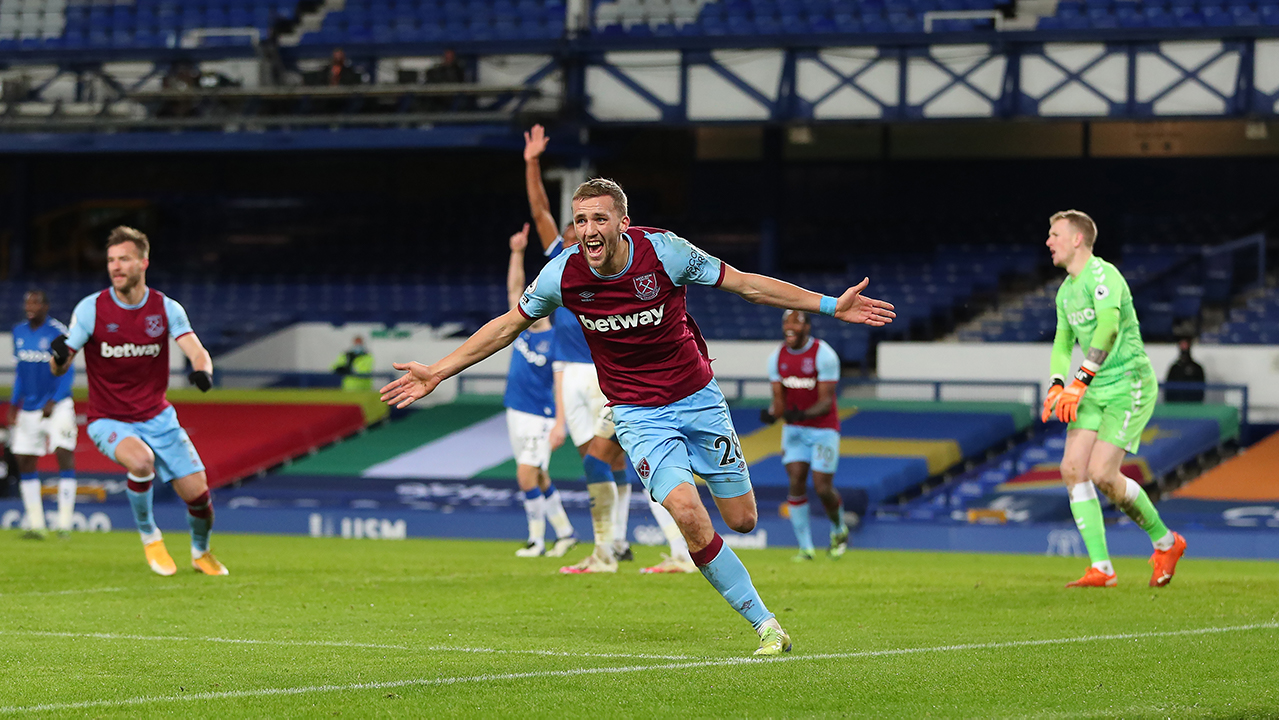 Tomas Soucek, who has played every minute for West Ham this season, scored the winner for his side. Moyes feels that the Czech midfielder is becoming an important member of his side.

"He has been very important," Moyes said. "I think he has been better than he had played tonight, but if he keeps coming up with the goals, I'll be more than happy.

"We had some really good performers, and we had to. Everton had a chance to go second in the league tonight, so for us to make sure that we get something from this game was important."

Overall, the West Ham boss believes that his side put together a complete performance, and deserved to win.

"I think tonight makes it look a lot better," Moyes said. "I thought tonight we had a really good balance, and it gave us a really good chance at winning."

"We've done a really good, professional job tonight and got the rewards for it."

"The players have played three games in six days, they've been amazing."

Irish international Darren Randolph was a late change to the starting lineup, as he replaced Lukasz Fabiasnki, who was injured during the warm-up at Goodison Park.

It was the 'keeper's first Premier League appearance since West Ham's 4-1 defeat to Leicester City on January 22nd, 2020.

The Bray native held a clean sheet in a Premier League match for the first time in three years, although it could be said that Carlo Ancelotti's side did not challenge him much in goals.