Brazilian football legend Pelé, a man that many argue is the greatest player of all time, has pr...

Brazilian football legend Pelé, a man that many argue is the greatest player of all time, has proved once more that he isn't a bad old crooner either.

In the build-up to his 80th birthday celebrations this Friday Edson Arantes do Nascimento, as he was known to his folks, has released a track called Listen To The Old Man - and it is pretty catchy!

That would be thanks largely to his collaborators, the Emmy award-winning duo Rodrigo y Gabriela.

The Mexican acoustic guitar shredders, a big favourite on these shores and originally discovered in Dublin, hooked up with Pelé through his friend and music producer Jorge Berlanga, also from Mexico.

Rodrigo y Gabriela, who famously likened Messi and Ronaldo to Metallica and Megadeth, are big football fans and jumped at the chance to work with the three-time World Cup winner who explained the origins of the song.

"I wrote this one because when I used to play with Santos, the coach used to say that when we lost it was the players' fault, but when we won it was the macumba (black magic) that had helped," said Pelé.

"The song is joking about that - of course, macumba doesn't win games at all."

Pelé created some magic moments on the football pitch in his playing days across three decades and he is not known for being too shy to talk about it.

So why was he less inclined to discuss his ability to pen a good tune?

"I didn't want the public to make the comparison between Pele the composer and Pele the footballer," he said.

"That would have been a huge injustice - in football my talent was a gift from God, music was just for fun." 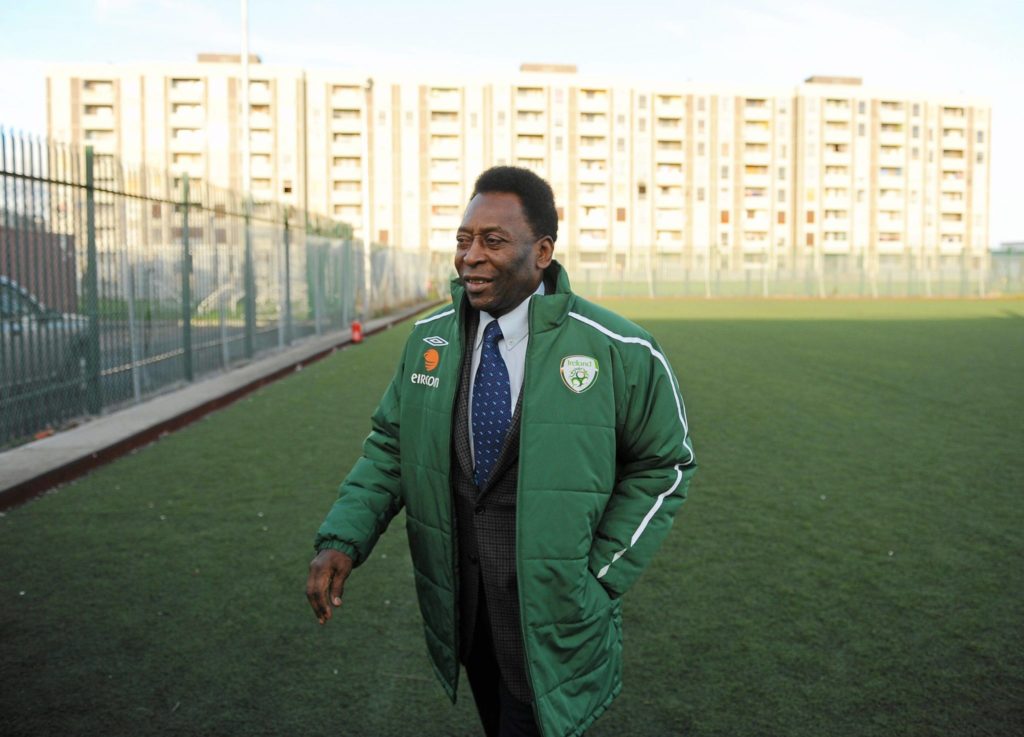 "We are both big soccer fans. Growing up in Mexico City, we heard many stories about Pelé and the legendary Brazilian team that triumphed at the 1970 World Cup in our homeland," they said.

"Imagine our surprise and delight to find out that not only is Pelé the greatest footballer of all time, but is also a very talented singer and songwriter? It is a huge honour for us to collaborate with Pele on the occasion of his 80th birthday."

The Santos native is no stranger to the recording studio, as those who have heard the 1977 Pelé album will know.

That album by Brazilian composer and arranger Sergio Mendes was the soundtrack for a documentary about Pelé's life and the man himself sings pretty well on two of its tracks.

Meanwhile, a Brazilian graffiti artist has paid tribute to his local hero for his birthday with a giant mural in his home city of Santos.

Eduardo 'Kobra' spent two months researching and 45 days painting the 800 square metre mural which is part of a revitalisation project in the coastal city.