Caoimhin Kelleher continued to show his incredible potential with an unbelievable save against Arsenal.

Caoimhim Kelleher made one of the best saves you're likely to see from any goalkeeper tonight. The young Ireland goalkeeper tipped a free kick onto the bar.

With a short run-up, Lacazette generated pace on the ball to whip it over the wall quickly. The ball arrived perfectly in the top corner. It would most likely have hit the underside of the bar and gone in if Caoimhin Kelleher hadn't intervened. Kelleher surprisingly started ahead of Alisson.

The Brazilian goalkeeper was on the bench. He was available to play, but Jurgen Klopp went with Kelleher instead. It's a huge vote of confidence in the Corkman. Kelleher has played in big games previously, but not when Alisson is available. This is the second leg of a semi-final of the League Cup.

It's not the biggest game. But the first leg was big enough for Alisson to start. And since it is one step below the final, it's a big game for a club that won't win the Premier League this year.

Kaide Gordon was the only other young player to start. Otherwise, Liverpool selected a full strength side. Gordon may even be part of the full-strength side considering Takumi Minamino's general struggles.

On initial viewing, it looks like Lacazette's strike hits the bar without intervention form Kelleher. But the eagle-eyed replay revealed that he had indeed crossed fast enough to reach up and tip the ball onto the bar. 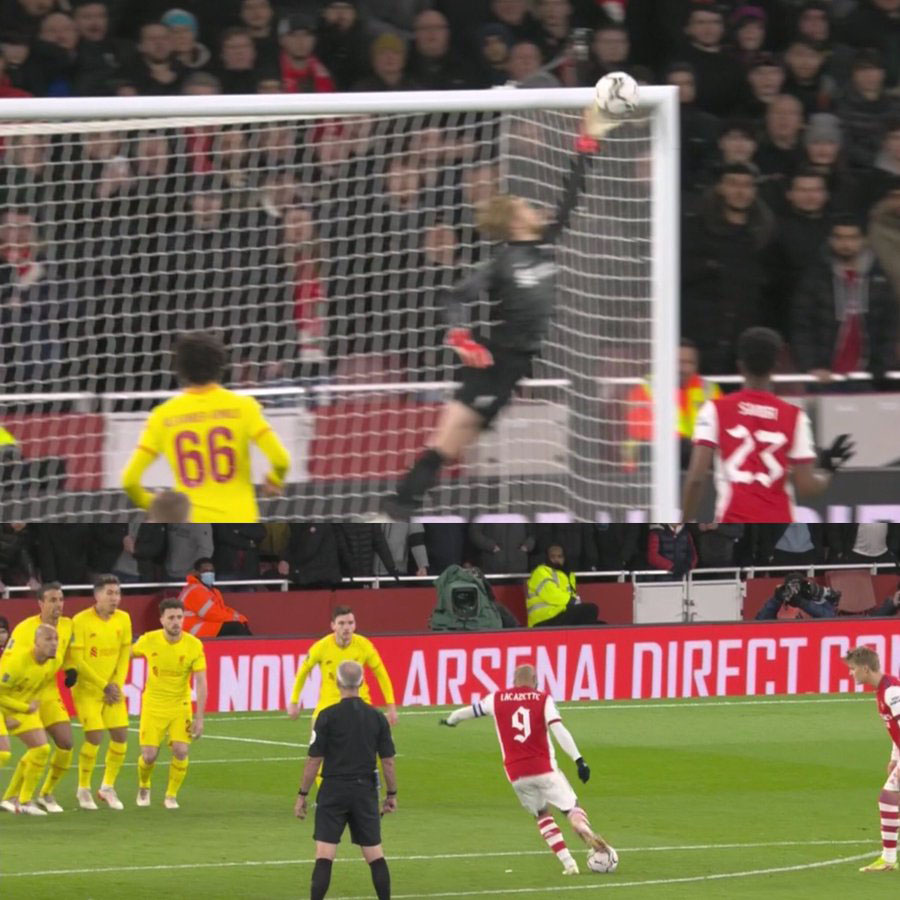 If you revert to the video, you can see that Kelleher didn't guess and get lucky.

He took his first step sideways after the ball was struck. The speed he showed off to cross his goal and the then leaping ability to locate the ball is phenomenal. Kelleher has proven to be technically brilliant with his distribution and a great shot stopper. But he hasn't received enough praise for his athleticism.

Ireland now have two goalkeepers who excel at shot stopping, are brilliant with the ball at their feet and have great athleticism.

Kelleher must leave Liverpool to get regular games, but Klopp isn't likely to let him go at this rate.

Everton may want Rooney, but should he want them?