Ireland boss Vera Pauw is adamant that she will be giving her future in the role no thought before next week's final European Championships qualifier with Germany is over.

After the disappointment of Ireland's 1-0 defeat to Ukraine in October, the hope that Vera Pauw's side will make it to the rescheduled European Championships in England has grown slim.

Where qualification had been within Ireland's own grasp, they are now relying on Montenegro to do them a favour against second-placed Ukraine to secure a playoff spot. As they prepare to welcome one of the world's very best sides to Dublin, Pauw's team will likely require some positive result of their own against Germany to capitalise on an upset elsewhere.

"It would not be realistic to say that this is an equal game," Pauw explained to OTB Sports, the German team's superiority plain to see during a 3-0 defeat of Ireland in September.

"That involves playing with a strategy and game-plan for an opponent that is much better than we are. At the end of the game then, we will see where we stand. One thing we do want, however, is that everyone sees we have done everything we could.

"In my opinion, Germany play the best football in the world at this moment in the women's game. However, it doesn't mean Germany will definitely win."

Heralding the work that has been done within German football to bring the national team to such heights, the Dutch native Pauw also highlighted Ireland's own development.

In a qualifying campaign that had once looked so promising, she highlighted a number of frustrating moments that halted the team's progression but nevertheless hint at promising years to come.

"Part of it comes down to the two goals we conceded at home [against Ukraine] that came from our mistakes, and the goal away to Greece that was a mistake by us," she explained, looking at the broader reasons behind Ireland's unlikely hopes of qualification.

"What I take from this though is that we have grown so much. Apart from the Germany game, every goal against us in this qualifying campaign were mistakes of ours, terrible mistakes.

"That is part of the process of growing towards a mature team that can be consistent on the one level." 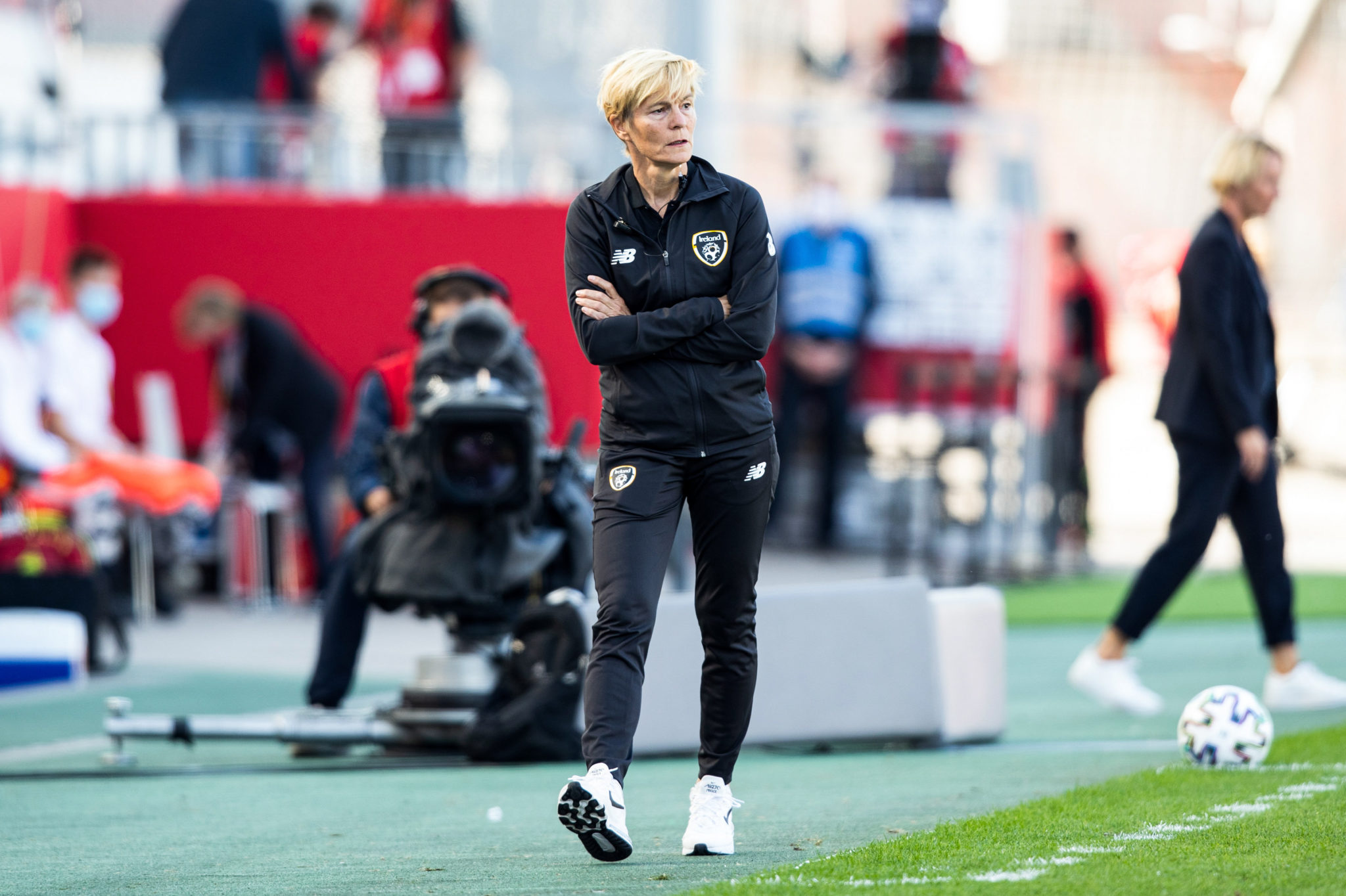 Impressed with the work ethic and determination of her players, Pauw insists that she remains fully focused on what might happen against Germany.

Having worked tirelessly on a plan to trouble one of the world's best, she is currently giving no thought to her own future in role beyond next week.

"We are doing everything to qualify," she stated, her mind firmly on the task at hand.

"I don't even want to think about [my future] and I am not being nasty but nothing in my body thinks about whether I would go on or not. I am fully in this competition.

"For me, there's no need to think before that because it distracts my mind. I am here to get the best from the players and they will play their best game ever. After that game we will see where we stand and that is early enough to think about it."