Van Dijk on Kelleher: “He's a fantastic goalkeeper - I'm quite a big fan"

The Dutch defender told Sky Sports that he holds the Republic of Ireland goalkeeper in very high regard.

Van Dijk on Kelleher: “He's a fantastic goalkeeper - I'm quite a big fan"

Liverpool player Virgil Van Dijk has praised goalkeeper Caoimhin Kelleher for a solid performance in his side’s 2-2 draw at Chelsea on Sunday.

Goals from Sadio Mané and Mohamed Salah put the Reds ahead.

However, Chelsea fought back with stunning volleys from Mateo Kovačić and Christian Pulisic in a frantic first half at Stamford Bridge.

Kelleher started between the sticks for the visitors after Alisson Becker was one of a number of players ruled out of the game as a suspected positive Covid case.

It would be a big afternoon for the Corkman, with both sides needing a win to keep pressure on league leaders Manchester City.

Kelleher delivered a stellar display, knocking the ball from the path of Pulisic as the American beared down on goal early in the opening half.

He provided a number of vital stops as the hosts went searching for the winner late in the game. 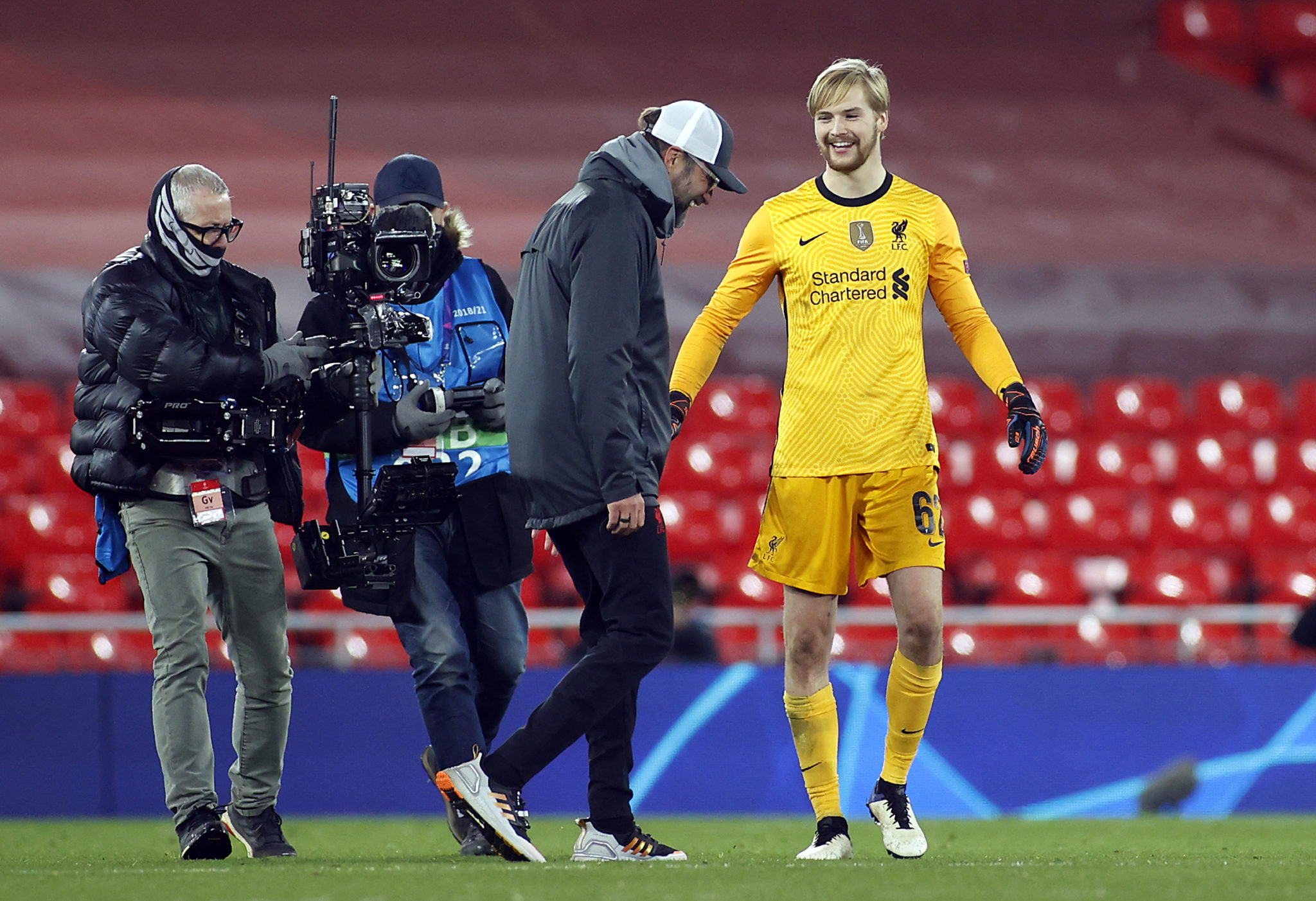 Van Dijk paid tribute to Kelleher’s performance after the game.

The Dutch defender told Sky Sports that he holds the Republic of Ireland goalkeeper in very high regard.

“I’m quite a big fan of him [sic],” Van Dijk said. “He’s a fantastic goalkeeper, he’s learning from the best, in my opinion, with Alisson there.”

“His presence is good, he’s confident on the ball, and he’s making good saves as well.”

He noted that Kelleher would be a major asset to Liverpool in the coming weeks.

“We need him right now, obviously, with the Covid cases."

“Unfortunately, we conceded two, but the first one, you can’t do anything about it.”

“As I say, we need him for the next games as well.”

Van Dijk: "Maybe the title is theirs to lose at the moment"

Van Dijk also remained positive despite today’s draw, which has allowed Man City to open up a 10-point lead in the league table.

“It’s a big gap, and maybe they have the title to lose at the moment.”

“But anything can happen. Unfortunately, we’ve been there; we had a gap in front, and we gave it away.”

“We all focus on ourselves - Chelsea will focus on themselves - and we just have to get results, play good football, and win games.”

“It sounds pretty easy, but it’s tough, as you saw today.”

‘There does come a point when he needs to move’ – David Connolly on Caoimhin Kelleher.