Manchester United midfielder Donny van de Beek has been left out of the Netherlands squad by mana...

Manchester United midfielder Donny van de Beek has been left out of the Netherlands squad by manager Louis van Gaal.

Van de Beek has featured in the Premier League just once this season and has failed to start in either the Carabao Cup or the Champions League. The Dutchman signed for Manchester United last summer from his boyhood club Ajax.

Van Gaal left van de Beek out of his last squad against Norway, Montenegro, and Turkey and has today left the midfielder out once again. The Netherlands will face Latvia and Gibraltar without the midfielder.

The former Manchester United manager said previously he had spoken with van de Beek over the phone about his future in the national side. 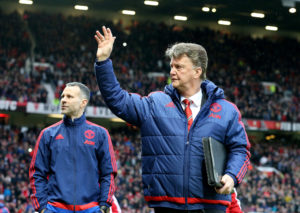 Van Gaal told the out of favour Manchester United man that he needs to play more to be recalled.

"I called Donny van de Beek yesterday," he said. "I told him that he needs to start playing games.

"I did not speak with any manager of my players. Maybe it's logical to talk with them, but I have not done it.

"I spoke with him for 45-minutes last night. I am not going to tell you anything. This is between Donny and me. I am capable of advising players."

Van de Beek made only four league starts last season and has yet to start in any competition for the club this term. He was left visibly furious after not being subbed on during the Champions League clash with Villareal.

The Dutchman is clearly out of favour at Manchester United. However, manager Ole Gunnar Solskjaer said in August the player would feature this season.

"Donny has been unfortunate," claimed the Norwegian. "In the first game, we played really well against Southampton. I think that justified the team selection.

"There will be games for everyone. The balance has to be there between consistency and rotation. Donny knows that when he keeps on performing and training how he does for us, he'll be fit and ready when he plays."

Van de Beek will hope to feature next for Manchester United as they host Everton on Saturday afternoon.

Donny van de Beek should have gone to Crystal Palace, not Everton