Unbeaten Ireland out of U17 Euros

Hosts Ireland have exited the European Under-17 Championships after a 1-1 draw with Belgium. The ...

Unbeaten Ireland out of U17 Euros

Hosts Ireland have exited the European Under-17 Championships after a 1-1 draw with Belgium.

The Boys in Green had drawn their first two games with Greece and Czech Republic by the same scoreline.

A win today against Belgium at Tallaght Stadium would have guaranteed progression to the U17 Euros knockout stages.

But instead, the Belgians got the result they needed to make it through.

Another gutsy display by Colin O'Brien's team who played some excellent football at times. But the #U17EURO adventure ends here

Best of luck to Belgium and Czech Republic in the quarter-finals#BELIRL #COYBIG pic.twitter.com/BJ011uAw8b 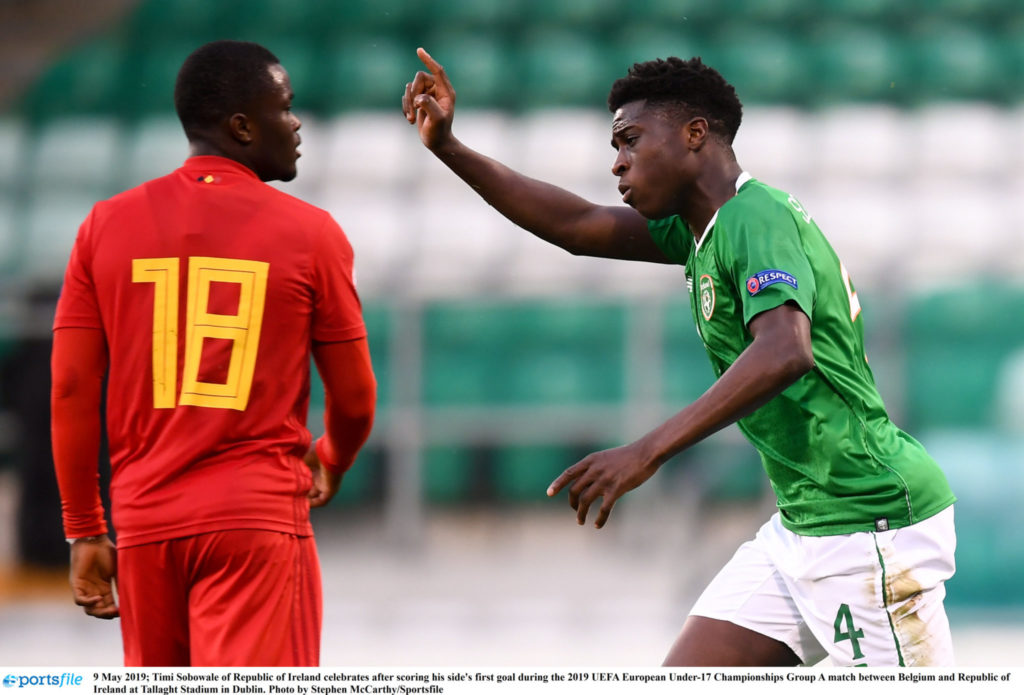 9 May 2019; Timi Sobowale of Republic of Ireland celebrates after scoring his side's first goal during the 2019 UEFA European Under-17 Championships Group A match between Belgium and Republic of Ireland at Tallaght Stadium in Dublin. Photo by Stephen McCarthy/Sportsfile

Belgium took the lead on 65 minutes through Chris Kalulika. But for the second group game in a row, Ireland equalised.

Timi Sobowale arrived at the far post and turned in a deep free-kick with 16 minutes to go. It was Ireland's third goal of the U17 Euros tournament but also the third that came via a set-piece.

But it wasn't enough as a winner proved elusive. Colin O'Brien's side end up unbeaten across the three games but without a win, finished on three points.

Czech Republic and the Belgians now advance on five points apiece, thanks to their wins over Group A's weakest side Greece.