UEFA has charged Ireland under Art. 16 (2) of the association's Disciplinary Regulations which relates to the "throwing of objects."

The case will be dealt with by the UEFA Control, Ethics and Disciplinary on 16 May - three weeks before Ireland's away clash with Denmark on June 7. 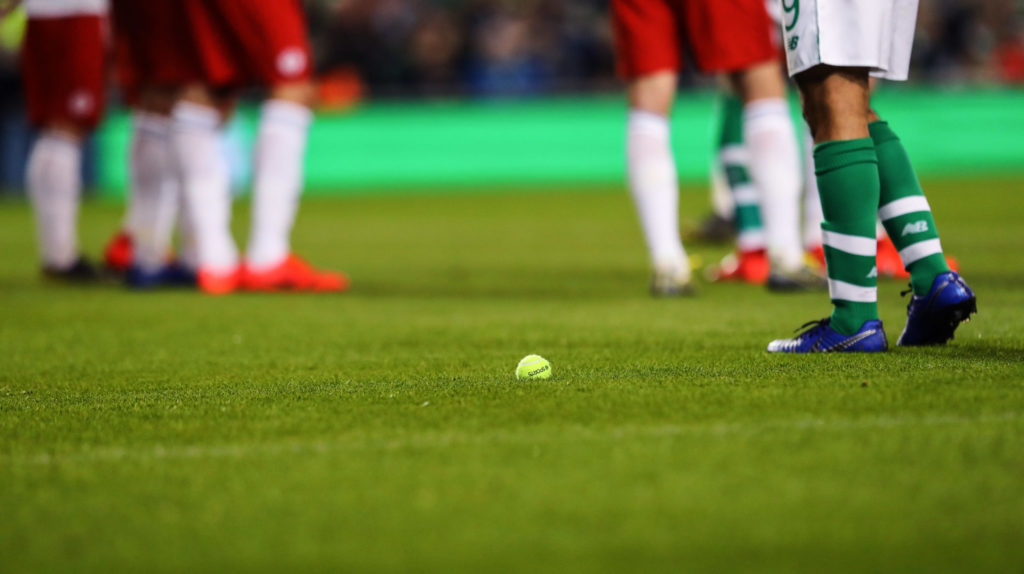 "Host clubs and national associations are responsible for order and security both inside and around the stadium before, during and after matches. They are liable for incidents of any kind and may be subject to disciplinary measures and directives unless they can prove that they have not been negligent in any way in the organisation of the match.

"However, all associations and clubs are liable for the following inappropriate behaviour on the part of their supporters and may be subject to disciplinary measures and directives even if they can prove the absence of any negligence in relation to the organisation of the match." 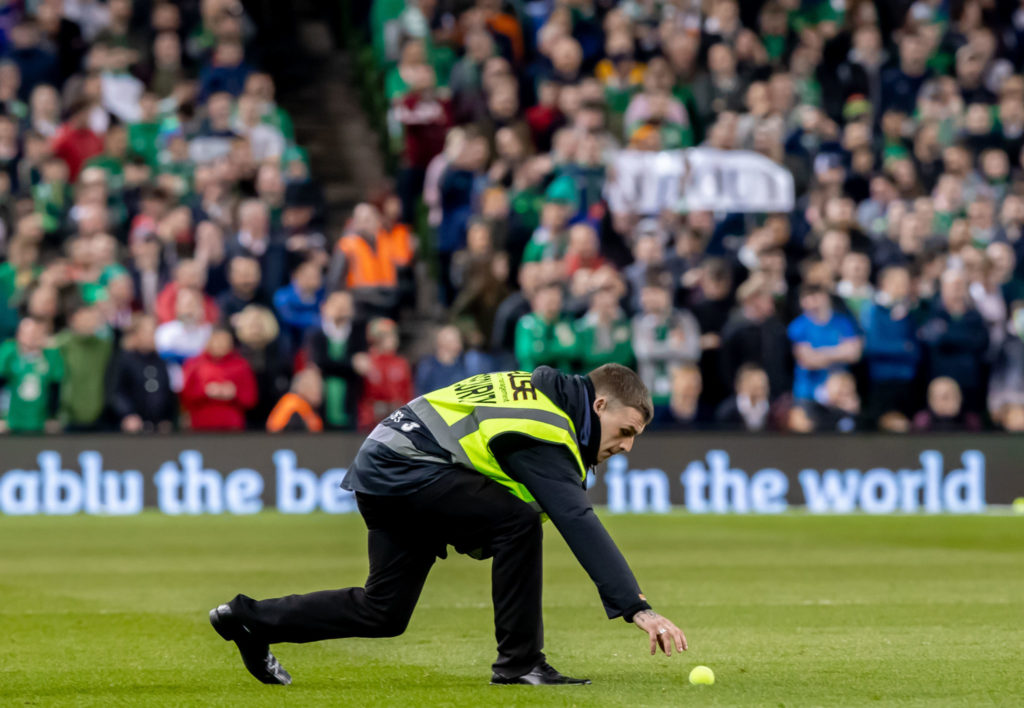 This is how the incident sounded on Off The Ball:

Fan unrest follows The Sunday Times' revelations that former-CEO John Delaney issued a €100,000 bridging loan to FAI in 2017 and his appointment as executive vice president of the association on Saturday night.

What are 🇮🇪 Ireland fans making of the John Delaney situation?

And how many have brought tennis balls with them to #IRLGEO? 🎾🎾🎾@enda_coll has been getting the word near the ground