New Republic of Ireland under-21 manager Jim Crawford is eager get back on the pitch and continue...

New Republic of Ireland under-21 manager Jim Crawford is eager get back on the pitch and continue helping to mould the next generation of Irish footballers.

The former Bohemians and Newcastle midfielder was promoted from assistant to Stephen Kenny after the Tallaght man was confirmed as senior boss last month.

While Crawford and his coaching team await news on when the remaining three matches of their European Championship qualifying group will take place, he has been giving some insight into his coaching philosophy.

The 47-year-old spent much of his time on Newcastle's books out on loan but he did pick up some valuable lessons from a club legend which he likes to pass on to younger players.

"The message I would give a player is that they have to constantly challenge themselves," Crawford told FAI.ie.

"I saw it first-hand playing at  Newcastle with Alan Shearer, whether it was 5-a-side, 7-a-side or 11-a-side training games he always wanted to score goals.

"That stuck with me, so I would say to players, always challenge yourselves. 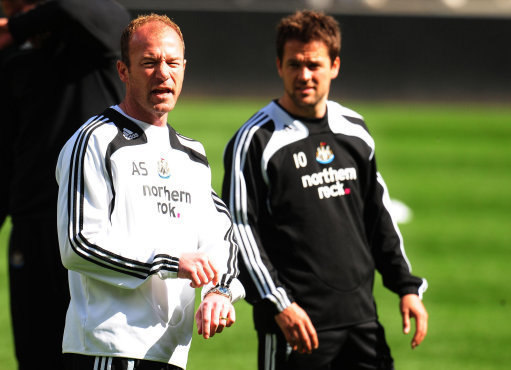 "If a coach asks to work on body shape or having a positive first touch, go and work on it in training because it soon becomes a habit and you can then take it onto the pitch.

"If you’re with your U23s team over in the UK  and you’re pulling up trees week-in-week out, you’ve got to challenge yourself and say ‘look, I need to go out on loan’."

The Chicago-born coach has learned some valuable lessons himself from the managers that he worked under, in a career which also took him to Reading, Shelbourne and Sporting Fingal to name but a few.

"There have been so many managers I’ve worked under that I’ve gained inspiration from," said Crawford.

"I’ve worked under Kevin Keegan, Kenny Dalglish, Tommy Burns – with his passion and knowledge of the game.

"Then in Ireland I worked under Pat Fenlon and I took a lot from his man management, and there’s Paul Doolin and Stephen Kenny who I’ve learned a lot from too.

"To extend this, in my former role as a coach educator I’ve gained a lot from talking to coaches on pro-licence courses.

"So I wouldn’t say there’s one person, it’s more like a group of people who have lit my flame."

Crawford will be hopeful of getting the last three qualifiers played before the end of the year, following the news that the senior women's Euro 2021 qualifying matches have been rescheduled for autumn.

When the squad eventually gets together, Crawford will be ensuring that nothing is left to chance in order to qualify and Irish under-21 team for their first ever major finals.

"I’m quite boring in that sense!" replies Crawford when asked about his pre-match rituals.

"I get up early on matchdays and training days and make sure the day is planned ahead. I meet up with the staff so the whole set-up for the day is like a military operation.

"Nothing is left to chance because everyone knows how important it is for players to get sleep, have their pre-match meal and the journey to the stadium – it has to run like clockwork."